This Valentine’s Day, declare your love to someone. Eat chocolate. Stalk a crush on Facebook. But don’t take a day off from contemplating the world’s greatest policy challenges. Because your government might have it wrong when it comes to love.

Six years ago, I met someone incredibly important. Someone who made me realize my life wasn’t predetermined, and that I had unfathomable powers to choose who I wanted to be, how I wanted to live, and who I wanted to live it with. As a same-sex couple, we’ve been through a lot—coming out to friends and coworkers, struggling for recognition and support from family—but we have made it work, and are lucky to still be together today.

But in some ways, our relationship is constrained—limited by outdated, needless, and hateful government policies.  In the U.S., LGBT citizens can only get married in six out of fifty states. Our relationships remain blatantly second-class. And beyond the insult and indignity of this lack of equal recognition, we are denied the many rights and benefits that our married straight allies enjoy: medical visitation rights, health insurance for our spouses, the right to file joint tax returns, joint custody and visitation rights if we divorce, inheritance rights, among others.

My most enthusiastic straight allies, and even some of my LGBT friends often ask me if Caroline and I are going to get married, forgetting that federal policies exclude marriage as an option for our relationship. The truth is we can’t seriously consider marriage, because Caroline is a Malaysian citizen.

Most Americans enjoy the right to obtain legal residency for their non-American spouses. But in 1996, Congress passed and President Clinton signed the Defense of Marriage Act (DOMA) into law, defining marriage as between a man and a woman for all federal purposes including immigration. Since the federal government would not recognize our Massachusetts marriage, I would have no means of preventing Caroline from being deported back to Malaysia if she fails to acquire skills valued by the INS and a U.S. employer. Even worse, if Caroline and I walked into Cambridge City Hall to obtain a marriage license next week, INS could then deport her for a violation of her temporary student visa. The threat of deportation prevents us from enjoying the marriage rights that gays and lesbians have won in 6 (going on 7) states. The Williams Institute estimates that as many as 40,000 couples are similarly constrained by DOMA.

What if Caroline is deported to Malaysia? LGBT equality is not a first-world problem. From Pakistan to Botswana, LGBT activists and allies continue to fight courageously for recognition and equality, often risking or losing their lives. In Malaysia, not only are LGBT relationships not recognized, they are punishable by fines, whipping and imprisonment.  Lesbian, gay or transgender individuals are not allowed to appear on government-controlled media, and since 2010, films with LGBT characters are censored unless the characters “repent” or die. The country promises to deport any foreign cabinet ministers or diplomats who are gay, and the Royal Malaysian Navy has stated that it will never accept homosexuals.

In Uganda, a rise in anti-gay sentiment has led to public targeting and brutal violence against LGBT individuals. A “Kill the Gays” bill that proposes the death penalty as punishment for homosexual acts (in addition to existing law making homosexuality illegal) continues to circulate in the Ugandan Parliament. U.S. Secretary of State Hilary Clinton has called for the rights of gays to be respected internationally, but unfortunately Malaysia and Uganda are not unique, and even the U.S. has a long way to go. Only nine countries have no heterosexism in their government policies: Argentina, Belgium, Canada,Iceland, Netherlands, Norway, Sweden, South Africa, and Spain. If your country is not on this list, that means your government excludes LGBT individuals from marriage rights, adoption, or serving openly in the military, not to mention protection from discrimination and other important rights.

As the future leaders of so many of the states and countries where change is urgently needed, HKS students can play a crucial role in standing up for LGBT rights. This Valentine’s Day, ask what you can do to acknowledge, support and protect love in your home country and around the world.

October 4, 2011 Comments Off on Bringing light to the dark continent: Should the West fear or follow China’s development policy south of the Sahara? 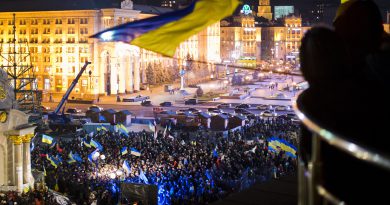