Hailing from India, I was used to the idea that the masculinity of men in Indian society would be threatened if they carry a glass of water from the kitchen to the hallway. That was an unquestionable cultural secret passed on from generations. So, the easiest option for me to avoid helping with household work was to become a child feminist. “No!!! I am not going to carry water cups, which your health and strength would allow you to do, MEN!!”

As I grew up, books and personal narratives from my family members in the western countries exposed me to the fact that the western nations are highly progressive as far as rights of women are concerned. After several failed attempts to discover a mysterious potion that would change the attitude of Indian men towards women, I took the easier option again. That was to leave the country, study abroad and sit on a comfortable couch, away from the patriarchal world, and find solutions peacefully. The very thought made me feel powerful and I thought that there was a world out there that would pledge its solidarity to support women around the world. With all that vigor, I applied to the Ivy League universities that I perceived to be the idealistic world, where intellectuals would translate to practice the profound thoughts in their academic articles. I applied for the World Bank scholarship, mainly because it would cover all my educational costs in the US, but also because the World Bank has a vision that emphasizes women’s empowerment around the world!

When I received the notification that I was granted the full World Bank scholarship, I was elated. However, I noticed that there were the tiny words “Conditions Apply” at the bottom of the official letter granting the award. My scholarship was contingent upon submitting proof of ‘current’ employment when the eligibility requirement of the scholarship had mentioned proof of ‘recent’ employment. Based on the scholarship, I had applied and received my J1 visa from the U.S., which was another condition to be fulfilled, so that I could enter Harvard Kennedy School. I contacted the World Bank again and submitted the documents to satisfy all conditions except ‘current’ employment as I was on a sabbatical at that time. I stated that I was a new mom with a precious baby in my arms (born after 7 years of marriage) and had decided to spend some time with her before beginning my graduate program at Harvard. I called the scholarship administration office to explain the situation and I was informed that my case was under review by a committee. After a few days, I got a ‘final solution’ from the World Bank saying that they have cancelled my scholarship as I did not submit proof of ‘current’ employment. My several years of work experience, based on which I was granted the scholarship, were suddenly of no value. All that mattered was that I took a few months of leave from work during my pregnancy to take care of my newborn baby. My responses and justification for my leave from work fell on deaf ears. There was not even a courtesy reply to express understanding for my maternal justifications. Gender mainstreaming they call it these days!

Thankfully, Harvard Kennedy School was more sensitive and deferred my admission after listening to my situation. I did not apply for the World Bank scholarship again, as I obviously could not gain ‘current’ work experience in the interim. Without budging, I entered Harvard Kennedy School, though the financial burden will give me nightmares for several years. Finally, I was in the new idealistic world that I had dreamt about! But it didn’t last long. I started taking strolls in the parks within the university campus with my toddler. I often get a common question: “Your husband must be studying here?”! Ouch!!! Have I gone back to some Victorian age, where only men matters, in a time machine? Am I really in Harvard University, which I perceived as the echelon of gender-sensitive intellectuals from around the world? Should I be disillusioned? Am I back to square one? Should I laugh or cry?

I understand and appreciate some of the limitations that motherhood brings and I am more than ready to go through anything for the joy I get when I hold my daughter in my arms. Still, should a woman with a child be deprived of a good part of the academic life that her peer group has easy access to? Can there be alternative social gatherings, other than pubbing in the night, where kids are allowed? Can a woman with a child sleep peacefully in the night without wondering if she should choose between Harvard and childcare because it is terribly difficult to manage a child and academics, especially away from her immediate family? I have pondered it throughout the fall semester 2011. I almost bought a ticket (on sale of course!!) to return home. Then my toddler coaxed me to watch her DVDs repeatedly and introduced me to the character “Bob the Builder”!! He hammered one thought consistently into my head. “Can we fix it? YES WE CAN!!!!!!!” Now I know. Obama must have watched this DVD many times, he has two daughters.

And here I am, in my second semester at Harvard Kennedy School. Always running to keep pace, but going ahead without blinking my eyes. I encourage all women with kids to put your foot forward without skipping a step! 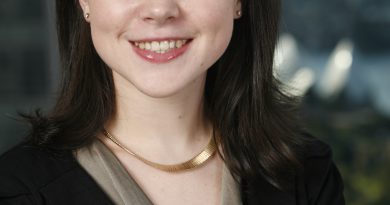 REFLECTIONS: The things I learned at HKS