At a conference last week in Tel Aviv, Israeli General Eyal Eisenberg warned, “What is called the ‘Arab Spring’ can become a radical Islamic winter.” His assessment echoed the fears of many concerned with the specter of Egypt’s Muslim Brotherhood even in January, when the series of uprisings across the Middle East was just beginning. Now, with recent developments in Egypt, Libya, and even in (non-Arab) Turkey, it has become clearer than ever that the West’s blind support for the so-called “Arab Spring” was simplistic and wrongheaded.

Nowhere has the error been greater than in Libya, where a NATO force allied itself with rebels seeking the ouster of Muammar Qaddafi under the patently false premise of humanitarianism (for what of Syria? or the Congo?). From the beginning, there were worries that some of the rebels we were aiding could be radical Islamists. Today those concerns appear to have been well-founded: As the post-Qaddafi era takes shape, the leader of the National Transitional Council is former terrorist Abdel Hakim Belhaj. The former commander of the Libyan Islamic Fighting Group (a State Department-designated terrorist organization), Belhaj was once considered such a dangerous international terrorist that a joint CIA-MI6 operation was launched to capture him in Bangkok in 2004.

Meanwhile, in Egypt, the senseless euphoria that greeted the ouster of longtime U.S. ally Hosni Mubarak has finally begun to give way to the realization—as many foresaw months ago—that the alternative could be much worse. The Israel-Egypt Peace Treaty, that cornerstone of regional security, has come under real threat in the wake of a major terrorist attack in Israel launched from the Sinai Peninsula. And just this week, Egyptian security forces stood by while incensed protesters overran the Israeli Embassy in Cairo.

As Egypt’s fall parliamentary elections draw near, the Muslim Brotherhood is poised to make enormous gains. It is always surprising how many “liberals” seem perfectly comfortable with the ascent of organizations like the Muslim Brotherhood, Hezbollah, or Hamas, if through democratic channels. Organizations like these, which seek to impose theocracies dominated by coercive enforcement of religious law, provide little promise of freedom or democracy. Consider whether the same individuals shrugging off the potential role of the Muslim Brotherhood in Egyptian government would be as comfortable with an ascendant Christian political party that sought to impose a fundamentalist theocracy in the United States. I think not.

In both Libya and Egypt, fundamentalist Islamists stand to be the biggest winners in these hasty transitions of power for the simple reason that they are the only reasonably organized and capable political entities in those countries. The Mubarak and Qaddafi governments consistently neutered secular opposition parties whenever they arose. But religiously-based groups and political parties proved more resilient, as governments were more reluctant to take action against the mosques that hosted them.

The last piece of the Islamic Winter puzzle has come in Turkey—not through street protests, but through a process that has been moving forward since the rise of the Islamist AK Parti in 2002. In late July, nearly all of Turkey’s top military leaders resigned en masse, effectively ending the role of the military in Turkish democracy. This is an alarming development indeed, as the military has long been the guarantor of secularism and stability in the country. In just the past month, with the generals out of the picture, the AK Parti has rejected a UN report on the Mavi Marmara incident, pushed Turkish relations with Israel to the breaking point, and alarmed neighbors with bellicose talk of a more robust naval presence in the Mediterranean. A nation that was once held out as the model of the moderate Islamic state is showing itself to be anything but.

The belief that the “Arab Spring” would lead to flourishing, healthy democracies in the Middle East came solely from a place of hope and naïveté, not a place of reason. The countries involved were always far more likely to become theocratic states than Western-style democracies. Without a well-developed civil society, or an appreciation for democratic values like freedom of religion and equality between the sexes, there was simply no reason to expect healthy democracies to materialize overnight.

The neoconservatives of yesterday have been replaced by the Obama Administration, but their error is the same: holding a dangerously misplaced belief in the prospects for “democracy” in a region that has provided little reason for hope.

Zachary Hughes, an MPP2, is a graduate of Princeton University’s Woodrow Wilson School of Public and International Affairs. He has worked as a media advisor to Israeli President Shimon Peres and as a Rappaport Fellow. 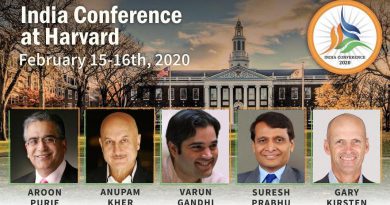 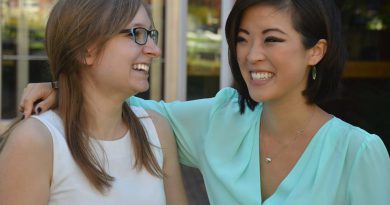 September 26, 2013 Comments Off on Students elect Baek as KSSG president