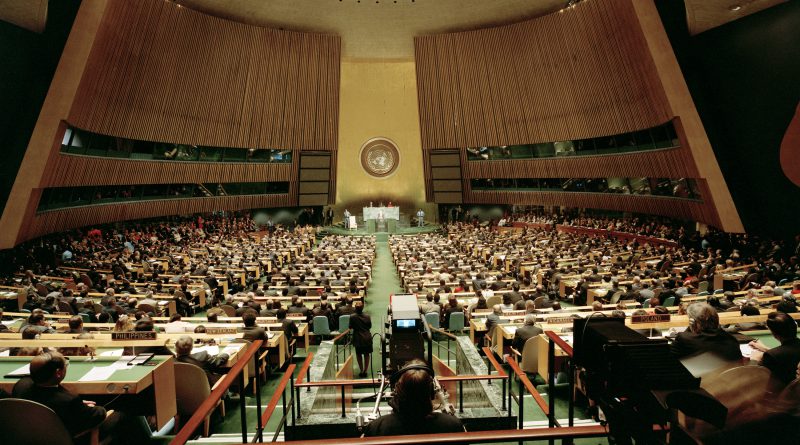 Decades of fruitless, frustrating and ultimately self-defeating negotiations have yielded nothing meaningful for the Palestinians. For the Israelis, however, 20 years of the Oslo process have been immensely productive. During that period, the number of Israelis colonizing East Jerusalem and the West Bank swelled by several hundred thousand; today, there are more than half a million settlers in the Occupied Palestinian Territories. Recently the putative Palestinian leadership—with Mahmoud Abbas at its head—has signaled that it recognizes the actual nature of the Oslo farce. September will see the Palestinians issue Oslo’s final dirge when a vote on Palestinian statehood is put to the United Nations. While helpful, the move will not impact the likeliest outcome of the conflict: The emergence of a single, non-Zionist, multinational state within Palestine/Israel.

The supreme goal of Salaam Fayyad’s state-building enterprise is global recognition of a Palestinian state. The Palestinian Authority’s Prime Minister, in conjunction with Mahmoud Abbas, will request that the West Bank, Gaza and East Jerusalem be recognized as the territories comprising Palestine, a state among equals. With roughly 120 members having already declared their support for the initiative The move is expected to receive overwhelming support in the UN General Assembly. A “yes” vote will result in upgraded observer status; Palestine will be like the Vatican.

However, backing from the permanent members of the Security Council is necessary for full recognition as a member UN state, and the United States’ representative to the UN, Susan Rice, has committed to vetoing any such resolution, thereby ensuring that a Palestinian state is not recognized. The American and Israeli leaders insist that by actively obstructing the Palestinian bid for statehood, they enhance the prospects for peace.

But, the fact that the US and Israel have effectively aborted any Palestinian state does not mean that the UN vote is meaningless. Palestinian statehood would complicate Israeli efforts to continue colonizing Jerusalem and the West Bank; invading a fellow UN member state carries more international penalties than colonizing occupied territories. Furthermore, UN member status will confer upon the Palestinians the right to petition for justice in international courts. In theory, any of the 500,000 Jewish settlers in the West Bank could be subject to prosecution, as colonization is a crime under international law.

In this way, the UN vote on Palestinian statehood will promote the most likely outcome of the conflict: the emergence of a binational, single state with equal voting rights for all citizens, following the trajectory set by South Africa for contemporary colonial conflicts in a decolonizing world.

The reality is that any Palestinian state—negotiated or not—can be nothing more than a legal entity. Over 40 years of colonization has ensured that no viable Palestinian state could come into existence in the Occupied Territories. More than 100 settlements and an equally large number of outposts (early-stage settlements) have rendered the West Bank non-contiguous for Palestinians. Moreover, a vast network of settler-only roads has worked to further geographically fragment the West Bank. Jerusalem too has been segregated from its Palestinian hinterlands by a ring of settlements.

Israel’s dependence on Palestinian water further increases the likelihood that a separate and viable Palestinian state cannot be realized. The mountain and coastal aquifers that sit beneath the West Bank and Gaza are important sources of freshwater. In a region where the scarcity of potable water is a permanent feature of the conflict landscape, the Israelis cannot be expected to relinquish control of this vital Palestinian resource.

While it may sound like a novel solution to a heretofore intractable conflict, the one-state solution was in fact a central goal of the Palestinian national movement for decades after the establishment of the state of Israel. The transition to the two-state process was only completed by Palestinian leaders in the past 20 years or so. Indeed, many activists, leaders and academics insist that the empirical reality of Palestine/Israel is already that of a single state—deeply segregated, but a single state nonetheless.

*Portions of this article have previously been published in Executive Magazine.

Keeping Time: Leap seconds, leap years, and why you should care

February 28, 2012 Comments Off on Keeping Time: Leap seconds, leap years, and why you should care

Three tips to thrive at HKS

February 14, 2012 Comments Off on Three tips to thrive at HKS