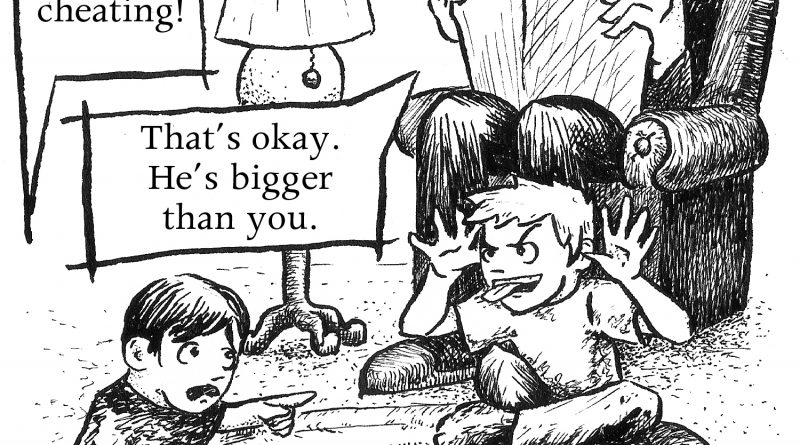 I don’t believe in rewarding failure.

The moral hazard that the United States established in 2008-2009 by bailing out select companies will haunt future policy makers when the next financial crisis strikes. This crisis could arrive sooner than people expect, especially in light of the risk posed by potential sovereign debt defaults in the Eurozone. Whether for a country or a company, bailouts set a terrible precedent by not allowing creative destruction and/or the rule of bankruptcy law to reign supreme.

I was then, and continue to be, opposed to all bailouts despite the warnings from the experts that economic havoc would result without them. The recent bailouts in the United States were so toxic because they created a two-tiered corporate structure: too big to fail or small enough to sink. This is un-American and sends the wrong message to the market; those firms deemed too big to fail operate in a protected class that can play by different rules as they have an implicit guarantee from their government.

The financial firms deemed too big to fail in 2008 have grown even larger since. They pose more systematic risk now than before. However, this is only part of the risk faced by the world today.

For the last several decades, many countries have buried themselves beneath debt that they cannot conceivably repay. The interest rates were low and the hurdles to borrowing even lower: the great debt binge was ignited.

Like a trick candle that refuses to extinguish, off-balance sheet liabilities (hidden through gimmicks such as Repo 105) and a dependence on short-term financing – hallmarks of what caused many companies to fail or almost fail only a few years ago – continue to plague our interconnected world. This time, the problem has metastasized and threatens the solvency of countries, not just companies. And for this plague the cure will not come easily or painlessly.

Let’s briefly examine the United States. In 2010, it was the world’s largest economy, and therefore the one that would cause the most global damage if it received a significant shock. Yet, in the recent discussions regarding raising the debt ceiling from $14.3 trillion, few politicians or commentators referenced the $40 trillion plus in additional liabilities (primarily comprised of promises to Medicare, Medicaid, and Social Security) that the government wrongly keeps off-balance sheet. Why does this obligation not count against the government’s debt ceiling?

And what about the composition of the $14.7 trillion of on-balance sheet liabilities (Treasury debt obligations)? According to a letter dated February 2, 2011, sent to Treasury Secretary Geithner by the Treasury Borrowing Advisory Committee of the Securities Industry and Financial Markets Association, the average maturity date for United States marketable debt is only about five years. The United States, in addition to the projected new borrowings to fund trillion dollar annual budget deficits, needs to refinance trillions of dollars of existing debt every year. This works well when interest rates remain low and credit remains available but it will not work if that environment changes. Just ask those firms who in 2008 were heavily reliant on commercial paper to fund their day-to-day operations.

How could our political leaders, both Democrats and Republicans, have led us down this path of bailouts and indebtedness? What will happen if the United States fails to meet its obligations?

The outlook is bleak, but there is hope. Confidence must be restored. Confidence in elected leaders worldwide. Confidence that lessons from the 2008-2009 crisis have been learned. President Obama must credibly declare that the bailout era is over, the United States government must improve transparency by moving off-balance sheet liabilities onto its balance sheet, and the Treasury Department should harness the currently low yields on the 10 and 30-year Treasury bonds and work towards increasing the average maturity date of government debt.

Political courage, long-term thinking, and common sense policies must reign supreme. The United States and many other countries are on the road to fiscal ruin and must take action given the gravity of the situation that they have created for themselves. Failing to act now will only delay the inevitable moment of reckoning.

The world is watching. The time is now.

Vote on Tuesday, Nov 6, in his honor

October 16, 2013 Comments Off on Geography lessons in Lahore

November 30, 2011 Comments Off on The HKS endowment pays for your education – just don’t ask how