On Friday, October 21, the Kennedy School Student Government hosted its first MPP1 Town Hall Meeting. The beginning of a planned series of student town halls, it was not particularly well attended. “I didn’t realize how crazy this week was going to be,” said one MPP1 class representative, Salmon Hossein, while looking out at an empty room at 5:00 PM.

Extra time was allotted while the MPP1 class representatives attempted to rouse up a higher turnout. But when the meeting started 15 minutes behind schedule, there were not even 20 students in attendance – and nearly half of those were members of student government.

“I think we’re going to get started as the stragglers come in,” announced MPP1 Class Representative Bryce McKibben.

Of all the aspects of the MPP experience discussed at the meeting, the biggest point of contention was the core curriculum – particularly its constituent classes, the lack of student input in scheduling, and the availability of exemption exams.

Several students complained about the rigor and depth of the quantitative courses. “The classical teaching of economics has holes in it,” said one student, Alexi White, who noted that much of the MPP1 core economics curriculum (and economics exemption exam) ignored insights from behavioral economics in favor of straight-line models. “Has the curriculum changed since the recession hit?”

A Latin American student agreed, with regard to statistics. “It’s really low-level. They try to make it look hard, but the concepts are really basic.” Another student, Emily Monea, was perplexed that STATA was used in the second semester but not the first. “If we’re going to use it, why not just use it?”

But the quantitative courses were not the only ones that came under fire. “I think mine is one of the weaker ethics courses and I’m envious that some students are enjoying theirs,” said another, Mike Conway. “I think I’m getting screwed.”

Several students criticized the core schedule, which often conflicts with desired elective courses. “Ten to fifteen Epsilons are in no classes with any other Epsilons due to time conflict,” noted Hossein. One student suggested having core classes in the morning and elective classes in the afternoon. Another suggested having different sections of the core classes at different times and relaxing the restrictions against switching from one section to another. “Don’t make it so rigid so it’s impossible to get out of,” she said.

Among the attendees who were not members of student government, about half were international students, and many of them criticized the scheduling of the core exemption exams. Victor Saavedra, a student from Colombia, mentioned that taking an exemption exam directly before orientation was an unappealing prospect. “I didn’t want [taking exemption exams] to be my first experience when I got here,” he said.  But he quickly came to regret taking core classes in subjects he already knew well. “I thought the academic rigor would be much higher. I studied economics and did a master’s in economics; that’s probably the case for a lot of Latin American students.”

One European student was surprised that there was very little expectation of or training in research. “The fact that we didn’t have a library orientation… the fact that I haven’t had the need in six weeks to get a book out of the library…” She shook her head. “Maybe it’s because it’s a professional degree.”

The course packets cost more here than at other comparable institutions, said another student: “It’s a huge financial burden.” He mentioned that his undergraduate institution used Blackboard to share electronic copies of course readings, negotiating with publishers to bring the prices down.

The Office of Career Advancement was criticized for not being well-versed in Harvard resources. One Latin American student offered a recent example. “I’m interested in humanitarian affairs,” he said, noting that Harvard has one of the largest such programs in the world, the Harvard Humanitarian Initiative. But he didn’t hear about it from OCA. “They had no idea that it existed.” 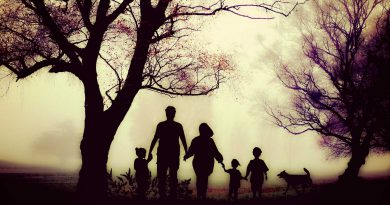 March 9, 2013 Comments Off on Faculty Focus: Professor Matt Andrews on the realities of development work