Home > Opinion > Opinion-archive > Coming to America: Land of the aisles, home of the 2% milk 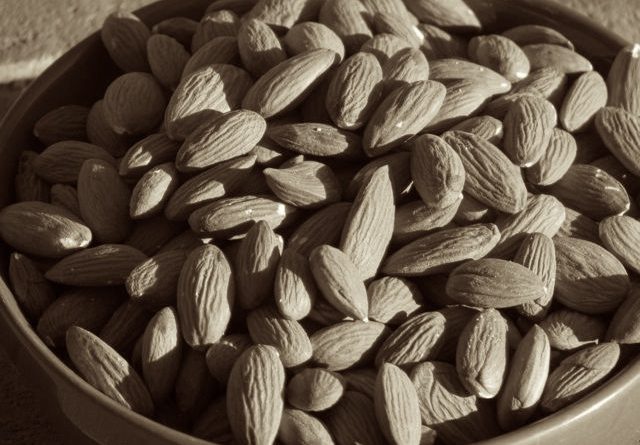 It happened again. I’ve been in the States for a year and I thought I was over this. I thought I knew what I liked by now. That nothing could throw me off course. I was admitted to Harvard, darn it; this shouldn’t be so hard. I’d expected the course load to be strenuous and the winter to be hard, but I wasn’t prepared for something as simple as grocery shopping to be so exhausting.

I had to buy a mop. It took me twenty minutes to choose which one.

Whatever happened to a simple mop and a bucket? I gave up, recognized the bald guy on one of them, and spent $17.99 on a mop. I had no energy or patience left to spend 8 bucks on a bucket. I used the sink instead. Don’t tell my roommates.

During the first few weeks, coming from a country where we would have milk shortages for months, it was not finding milk that surprised me, but the variety of it: Skim fat free, organic, whole, fat free not skim, skim not fat free, 1% (of what?!), 2%. I literally bought a different kind of milk every time I went, trying to figure out which one I liked. After the fifth grocery run, I couldn’t remember which one was the best. I decided to drink my roommates’ milk. Don’t tell my roommates.

Certainly my country is a special case and most of the international students at the Kennedy School have not been through shortages. Nonetheless, the first few visits to an American grocery store are quite a hassle for us foreigners out there. We don’t know which brand we like, the differences among products (if it’s not butter then what is it?), the sensible price range of basic staples (really, Whole Foods? $1.50 for a tomato?!) or even the quality we should expect (there’s a big difference between 85% ground beef and 95%, trust me). The direct consequence is spending more than an hour and a half browsing the aisles reading labels every time you go to the grocery store. The alternative is to find yourself with 12 boxes of microwaveable meals and two bags of tasteless wheat bread (two for one!).

Meanwhile, your American roommate will have spent 20 minutes picking exactly what she likes, surfing the aisles with a precision worthy of the CIA agents that your parents say killed one of your presidents in the sixties. And of course, she’ll be waiting in the car munching on those perfectly priced, high quality, tasty almonds.

But then when you think you know what you like – when you say to yourself, “oh I know this! I used to buy this back home!” – there’s always a caveat. Were you aware that Pinesol is in fact an American brand whose name is not pronounced Peenai-sole? Now that my roommates decided to adopt my pronunciation faux pas as my nickname, I am aware.

Sure it gets better, but for those first few months after you have left your family, friends, and favorite foods thousands of miles away, to have to fight with the simplest daily chores feels like quite the setback.

For the first few weeks you find yourself struggling to master new grocery aisles, as much as you struggle with classes. Needless to say you end up hungry and with a head ache, while your American roommate is coming back from the gym still munching on those almonds. On which aisle ARE they?!

Certainly coming to the Kennedy School implied big changes for both international and American students. But it can be the little things that might make an international student a bit more exhausted than the average student. If you’re out there tired and hungry, and translating every word of this article in your head to your native language, I want you to know: it gets better.

I finally figured out that sliced mushrooms actually cost as much as non-sliced ones (I know, shocking!). I cruise my way around Trader Joe’s and refuse to set foot in Whole Foods again. Farmers markets are a treat and I realize it’s okay to fall back on some Lean Cuisine every once in a while (tasty and less than 300 calories for $3.50? Bargain!). More importantly, my roommates have still not figured out why their milk consumption seems a bit off.

Yes, it gets better. But then again, my roommates are still calling me “Peenai-sole.”

Marianne is an MPP2 from Venezuela, she has two male roommates who are also MPP2’s and hopefully never read The Citizen.