Preliminary tests of a new malaria vaccine, RTS,S, have raised hopes about widespread prevention of the disease, especially in infants and young children in Sub-Saharan Africa. On 18th October, the results of the vaccine’s phase 3 trial were released to the public, establishing that the vaccination gave protection from clinical and severe malaria to nearly half of the children who received it.

The need for such a vaccination is dire – there are thousands of cases of malaria all over Africa, most of which are children who face death without proper care and medication. According to recent estimates from the World Health Organization, approximately 225 million people suffer from malaria each year, out of which 781,000 die.

The vaccine is being developed under partnership by GlaxoSmithKline and the Program for Appropriate Technology in Health (PATH) Malaria Vaccine Initiative, supported by the Bill and Melinda Gates Foundation. The trial period will continue until 2014, with the latest trial report showing that about 47 percent of the first 6000 children, 5 to 17 months of age, were protected against the disease.

The publication of the report has been something of an anomaly in the medical community. Nicholas J. White writes in his article A Vaccine for Malaria that “it is not usual practice to publish the results of trials in pieces, and there does not seem to be a clear scientific reason why this trial has been reported with less than half the efficacy results available.” He also points out that the trial indicates that children receiving the RTS,S vaccine registered more cases of meningitis, an important observation for which no plausible explanation has been offered yet.

GlaxoSmithKline, through this partnership and development, is all set to assume the role of ‘Big Pharma as a catalyst for change’, a phrase used by CEO Andrew Witty in his 2009 speech to Harvard Medical School. Witty argued that nothing should get in the way of access to the malaria vaccine, especially the price.

Indeed, with the recipients of the vaccine being amongst the poorest of the poor, the price of the product and delivery is of paramount importance. Public health experts are interested to see how, with its need for resources and funding, the company will manage to contain costs in the future.

Tommy Stryjewski, a first year MPP student in joint program with the Harvard Medical School, pointed out how these preliminary results have combined the booster (repeated dose) and non-booster observations for the vaccine. He observes how the efficacy might be higher than reported when only considering booster cases, but this may increase the side effects too. At any rate, said Stryjewski, it will be hard to pass any judgments on the vaccination before the clinical trial is concluded. 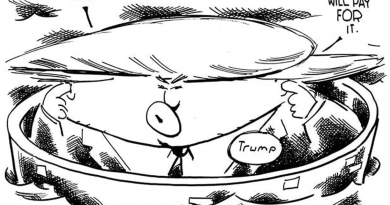 How to Use Science, Cartoons, and Satire to Talk about Climate Change

February 15, 2018 Comments Off on How to Use Science, Cartoons, and Satire to Talk about Climate Change

May 27, 2020 Comments Off on Editorial Cartoon: Spot the Difference 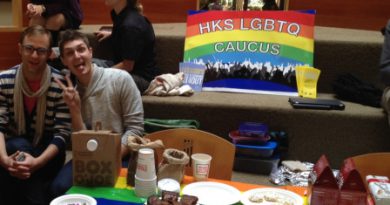