This is the third part of the Harvard Citizen series: Politics in Practice. This week, Cristina Garmendia interviews Boston-area alumni of the Rappaport Fellowship, which matches students from area graduate programs to state and local government positions for a summer. She asks two graduates who continued to work in state and local agencies to describe the legislation, policies, or programs that most affect their work.

Amy Moran Lowe is a 2008 Rappaport Fellow who graduated from Harvard Kennedy School with a MUP/MPP degree in 2009. She is a Senior Analyst at the Government Accountability Office (GAO) in Boston. The GAO is an independent agency that acts as a Congressional watchdog regarding federal use of taxpayer dollars. She analyzes and evaluates the effectiveness of federal grant programs on the Education, Workforce, and Income Security team.

Lowe is determining the rates of undercoverage and leakage of education programs. She explains, “Right now I’m looking at federal student aid, such as Pell Grants, and how it is designed to target certain income brackets.” She follows the money — from how it is first disbursed to local and state actors to how those actors implement the activities under their mandate.

Since GAO is a nonpartisan organization, Lowe was unable to comment on the current budget negotiation’s impact on Pell Grants. Lowe’s work to make the Pell Grant Program more effective is being undercut by members of the House Budget Committee who view Pell Grants as unnecessary benefits and plan to eliminate 500,000 students from the eligibility rolls. The congressional Joint Select Committee on Deficit Reduction put cuts to the Pell Grant Program on the table, but the collapse of this supercommittee means that the cuts in the mandatory budget hammered out over the summer will be automatically implemented instead. While the Pell Grant Program is protected in the discretionary budget, the impact of the mandatory budget cuts is unknown.

According to Lowe, the most important education legislation or programs affecting her work today are the No Child Left Behind Act of 2001 and the Race to the Top Fund as funded by the American Recovery and Reinvestment Act of 2009 (ARRA). She admits the fiscal costs of federal level policies such as No Child Left Behind Act exceed the money distributed: “The state loses because it has to implement, manage, and hold the districts accountable. We don’t give the states money to manage it.”

While Race to the Top Fund uses only $4 billion out of the $110 billion slated for education in ARRA, Lowe says, “It’s changing the way the states are structuring their education programs in terms of performance measurement.” States are implementing longitudinal data systems linking early education to higher education at federally funded state schools to the workforce to pay more attention to the long-term effects of initiatives.

Amanda Stout is a 2007 Rappaport Fellow who graduated from MIT’s Urban Planning program in 2008. She is the Senior Economic Development Planner for the City of Newton, MA. She describes herself as the liaison to government for the business community, “There’s a customer service aspect to local government. The businesses and the residents are our customers.”

In explaining the people-focus aspects of her position she says, “I work with someone who wants to start a new business and doesn’t know much about zoning and permits and parking. I staff the Economic Development Commission, a commission of 15 residents who want to promote more business in the city.” Finding people in the City of Newton to staff commissions and task forces isn’t difficult for Stout. She reports, “It’s full of people who love their community… There are a lot of engaged and experienced residents who are interested in being involved.”

In today’s political climate, the challenges of funding community development rest more and more on Stout’s shoulders. “Funding from the state and federal [levels are] continually being cut. As local governments can rely on those less, we have to think about ways to raise revenue. Part of my role is how to raise the commercial tax base in a primarily residential community.” Part of the funds Stout refers to are those belong to the Community Development Block Grant (CDBG), the largest federal program dedicated to supporting economic development and job creation activities. While the City of Newton receives only $2.3 million per year in CDBG money, the city described these funds as critical to their municipal budget. The money is directed mostly to low- and moderate-income housing and community infrastructure improvements. 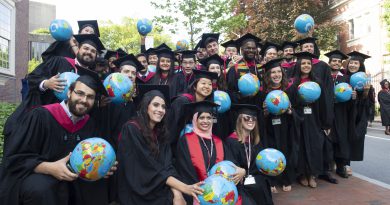 Remembering Why We Are Here 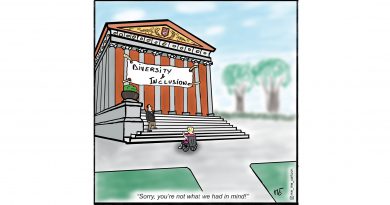 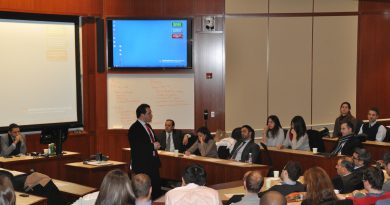