In a recent New York Times interview to promote her Broadway show, Sex and the City star and out-actress Cynthia Nixon made the following comments regarding sexual orientation:

“I gave a speech recently, an empowerment speech to a gay audience, and it included the line ‘I’ve been straight and I’ve been gay, and gay is better.’ And they tried to get me to change it, because they said it implies that homosexuality can be a choice. And for me, it is a choice.”

The incendiary backdrop to Nixon’s statements stems from a socio-political debate centered on the origin of orientation. “Do you think being gay is a choice?” many ask, with the implication that whether orientation is self-selected drives the political legitimacy of the LGBTQ movement. Nixon, who has been with partner and education activist Christine Marinoni for more than half a decade, states further:

“I say it doesn’t matter if we flew here or we swam here, it matters that we are here and we are one group and let us stop trying to make a litmus test for who is considered gay and who is not. Why can’t it be a choice? Why is that any less legitimate?”

Before we attack Nixon over semantics, I offer a defense. I think the LGBQ (I leave T for another discussion) community cedes a particular point of legitimacy when its rallying cry is that one is “born this way” and therefore (I believe is implied) one “cannot help it.” Understandably, this cry emerged as counter to conservative claims that queerness can be “corrected”. I also agree that we (that is, all people) don’t have absolute – or even satisfactory – control over who we love and/or are attracted to.
But I’m also convinced that the mantra “we were born this way” buries the actual lead, which is that no set of religious or political beliefs should ever impede upon any individual’s right to pursue happiness that is permissible under a universal morality (which I believe pre-exists all other definitions). For purposes of our discussion, whether this happiness comes about as a choice to be with someone or as a helpless condition of biology (or anywhere in between and beyond) is all beside the point. The point, I contend, is that a right is a right, and why or under what mentality we exercise this right should not be a condition upon which the debate rests.

One common dilemma is that once we base the legitimacy of identity on certain conditions, we cede that identity is conditional. James is either homosexual and only ever likes men, or if he is homosexual and occasionally sleeps with women (genetic or engineered?), those latter encounters are accidental to his conditional identity. Or, he must then redefine himself as perhaps bisexual or recreationally heterosexual. Or, if he hates labels, he is sexually fluid (a label for those who hate labels). One way or another (and thousands of combinations later), James is never just James. “James” fluctuates with the condition of his supposed orientation. Or, maybe he doesn’t fluctuate, because he was always “born this way” and just never properly labeled himself. Sure, he has to ping-pong from condition to condition before he finally finds a glove that fits, but that’s just part of his journey home.

As such, I do find excessive protests that queerness “isn’t a choice” or that one is “born this way” unwittingly cede the larger point, which is this: Even if it is a choice, and even assuming that someone can surgically remove queerness – so what? Does that then compromise the legitimacy of being queer? I think a more salient approach to legitimizing LGBQ identity is to:

A) Emphasize “identity” as separate from “condition,” and

It concerns me (and apparently Cynthia Nixon) that the LGBQ community politically defines itself by hetero-normative terms. It’s apologetic to construct one’s identity (and right to actuate that identity) as legitimate only if orientation is a helpless state. It paints queerness as acceptable only in its victimhood, and that presupposes a position of weakness. I would rather a movement for civil rights come from a position of strength not defined by the language of its oppressor. I think to accomplish this level of self-empowerment requires that we (politically) move beyond the question of why someone is queer.

Questions and/or comments? Please send them to irene_shih@hks13.harvard.edu! 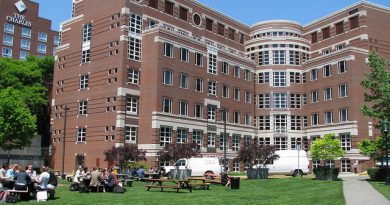