In November 2008, President Obama’s election was celebrated not just in the United States but around the world. Crowds in Berlin cheered in the streets while Kenya declared a national holiday. Obama’s presidential campaign impressed global leaders and people the world over with its rhetoric of open engagement and its vow to bring the United States back to a time where it was held internationally as a responsible superpower, standing up for its values and the interests of humanity. In the last two years, the President has taken serious steps to uphold that promise with the humanitarian Responsibility to Protect (R2P) intervention in Libya, renewal of the START treaty, and military withdrawal from Iraq, among other actions.

Meanwhile, the GOP candidates’ appalling lack of knowledge and seriousness about basic foreign policy concerns is increasingly apparent with every passing debate, speech, and town hall meeting. When it comes to foreign policy, the Republican leadership simply seems to believe that less is more.

Mitt Romney’s statements at the January 16 GOP debate, for example, were emblematic of the GOP’s grotesque oversimplification of the war in Afghanistan. Lumping Al Qaeda and the Taliban together as one entity when in reality they are two very different organizations, he stated that the our country’s objective should be military victory, even though most national security experts have concluded that a political settlement with the Taliban is the best-case scenario for the United States. Romney’s heavy-handed policy would mire the United States deeper in a conflict that may yet become our generation’s Vietnam.

In the same debate, Governor Rick Perry stated his belief that Turkey is being ruled by Islamic terrorists and that this key ally in the Middle East should be barred membership in NATO and cut off from U.S. foreign aid. Perry has also suggested that the concerns of “multilateral debating societies” like the UN and World Bank should have absolutely no impact on U.S. foreign policy decisions. These comments, too, demonstrate an overall lack of knowledge about the complexities and strategic importance of our international commitments and responsibilities.

Yet for all this bluster, nearly all of the Republican candidates seem to shun U.S. engagement and intervention whenever President Obama is responsible. Representative Michele Bachmann, an early Republican favorite who has since dropped out of the race, called the Arab Spring an outright threat to our national security interests, claiming that it is better to have tyrannies than “radical populist movements in charge in the Middle East. Former Senator Rick Santorum went a step further by denouncing President Obama’s decision to support the rights of the Egyptian people in asking Egyptian President Hosni Mubarak to step down from power. These sentiments are a far cry from the rhetoric we heard during the George W. Bush presidency, when spreading democracy and promoting political rights were considered a vital national interest and a moral responsibility.

Perhaps the only candidate who demonstrated even a hint of intellectual nuance was Ambassador John Huntsman, who was considered to be the most knowledgeable and experienced candidate in foreign policy. He was the one candidate who best understood the intricacies and importance of U.S. relationships abroad. Unfortunately his moderate views seem to have cost him the nomination.

What would the world look like if one of the remaining GOP candidates were to enact his less-is-more policy? Troops would remain in Afghanistan indefinitely, seeking an unattainable military victory above a more feasible political/diplomatic solution. Iran would have a free hand to engage in nuclear weapons proliferation activities, or would become the site of yet another military quagmire in the Middle East – depending on the candidate. Those countries that rely on U.S. funding for military, food, and health resources would be in jeopardy. We would start supporting the dictators in the Middle East rather than the people.

The short-term and long-term effects of these policies would not only jeopardize the international community, but also result in second- and third-degree effects that would undoubtedly affect our domestic economic stability and national security. Although foreign policy has not been a top issue during this presidential cycle, the American people must be wary of the prominent isolationist and neoconservative strains in the GOP. The future of American power is at stake. 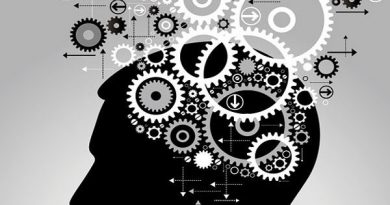 A Career in Behavioral Insights: Interview with Robert Reynolds

October 18, 2018 Comments Off on A Career in Behavioral Insights: Interview with Robert Reynolds 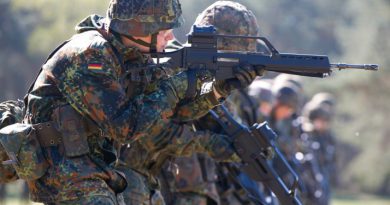