Home > Opinion > Insider > A Visit to the John F. Kennedy Library and Museum 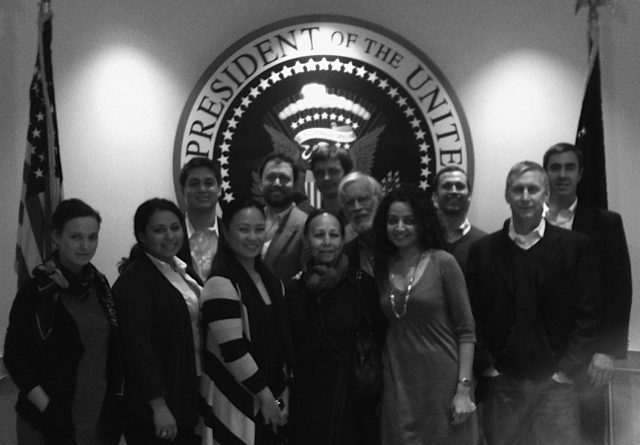 On November 11, 2011, a group of HKS students visited the John F. Kennedy Library and Museum. The visit was arranged by Ray Rivera, MC/MPA12, who through a mutual friend had met Sara Kanawati, senior major gifts officer at the Library. Sara had expressed strong interest in building a relationship with students at the Kennedy School because of our mutual legacy.

Kanawati graciously welcomed our group and quickly made us feel like old friends. We then embarked on a special tour led by Ruth, one of the Library’s most experienced docents. She began the tour by showing us records of JFK’s time at Harvard. This gesture immediately connected us as HKS students to the Library. As we continued our tour, visiting the exhibits, Ruth not only explained to us in detail about each one, but added an anecdote here and there, ultimately giving the visit a very special tone.

Among the exhibits we visited were: The Life of John F. Kennedy; the Life of Jacqueline B. Kennedy; JFK in History, Historic Speeches; JFK Media Gallery, the Oval Office; The Attorney General’s Office and the Briefing Room. Several of us were dazzled by the beauty and style of Jackie’s gowns.

The Forum events are a series of public affairs programs offered by the John F. Kennedy Presidential Library and Museum to foster public discussion on a diverse range of historical, political and cultural topics reflecting the legacy of President and Mrs. Kennedy’s White House years.  Check out upcoming Kennedy Library Forums and other events on their website: www.jfklibrary.org

The evening was one to remember! In Rivera’s own words, “the Library reminded me of how fortunate we are at the Kennedy School to attend the namesake educational organization of an amazing public servant.  I think we should strengthen the relationship with the museum and have more students visit the museum.  Specifically, it would be nice to have a HKS event in their building.”

The building was designed by Chinese American architect, I.M. Pei,  Harvard-GSD ’51 and M.I.T. BSA’40. Among his many famous designs are the Pyramide du Louvre, Paris, France; the National Gallery of Art East Wing, Washington, D.C. and the Bank of China, Hong Kong. 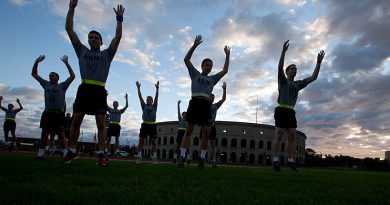 Don’t Place Blame Where None Is Due

Pitchers and Catchers – A Love Story