Home > Opinion > Opinion-archive > ESL at HKS: The Blessing of Being the Worst Speaker of English
Opinion-archive
February 14, 2012July 11, 2013 0 Comments

In my Column Writing class (MLD725 if you happen to be interested), one of my classmates, an international student, wrote that she wasn’t expecting “the small day to day chores to be so exhausting” when coming to the USA.

After reading her piece, I started to think about the main challenges and rewards that I—a student from Chile—was also facing. For me, the main challenge, but at the same time one of the main rewards, is being an ESL (English as a Second Language) student. Even more, it’s being probably the worst speaker of English (and not “English speaker,” as I learned) of the whole Kennedy School. Maybe this is not completely accurate, but to this day, I haven’t met someone who speaks worse than I do. Don’t get me wrong, I am not trying to victimize myself here. Quite the opposite, and you will see why.

“Language is culture and culture is language,” says one of my professors in each of his classes. I am taking him out of context, but I still believe it is difficult to be taken seriously when I don’t properly speak the common language.

The most discouraging aspect of this is the imbalance of power in the classroom. First, I have to fully concentrate to understand the professors. If I am going to take notes, I have to consider the tradeoff between writing what I consider important and understanding the words the class is going to say while I am writing. I can’t do both. I have to choose.

As I am having these continuous internal debates, I see that my classmates are successfully multitasking: they are on Facebook, surfing the web, answering mails, working on other class’s assignment, taking notes, and understanding everything. Oh, for the days when I was a student in my native language.

When I want to make a comment, I have to prepare it very well. I have to talk without stopping, to prevent others more fluent from interrupting me thinking I have finished. Of course, while I am mentally preparing for my comment, I cannot understand a word of what the teacher is saying. It’s like Charlie Brown hearing his teacher at school: “blo blo bla bua bua blo.”

My Chilean friend Jose says, “when I wanted to say ‘this is ivory white, not diamond white’ I just could say, ‘this is white.’ Although the central point I was making was clear, the difficulties of speaking with nuances weakened my arguments. Hey! I used to lead and manage the discussion in my class in Chile.”

Those were the days, my friend. Just like Jose, I have to follow the discussion to where others want to take it, instead of to where I am interested. Thank God, we are frequently on the same track and, according to Jose, in a few months I’ll be OK.

What happens if I have a strong disagreement with a professor – especially those professors who don’t want to be challenged? Am I going to be stupid enough to challenge the person who can easily ridicule me while I don’t have the ability to fight back? Last week, in class, after I carefully expressed my argument, citing different studies, my professor answered with  “OK, everyone can show anecdotal evidence.” I replied “Really? Anecdotal? I have quoted at least four different studies by renowned experts, and you call it anecdotal? What about this other argument?” I replied, but my reply was in my mind, and in Spanish. The class had moved on while I was trying to translate my thoughts.

In my own language I have tools to fight back quickly, but not in English. Because I can’t be convincing enough, I am not going to change his mind, nor that of my classmates. Nobody wins. I lose.

My friend Patricio, another Latino at HKS, adds: “Whenever I have to read or write, it takes me three times what it takes a native speaker. Three times.  Of course, my out-of-class time is not enough to study and attend seminars, work for a professor, or socialize outside the class. I lose a lot of opportunities of networking and making new friends.”

Yet, there is a silver lining – and a big one. First, as an education professional, I am experiencing firsthand what it means to be the struggling student. Second, besides the Harvard experience, I am enjoying an another benefit: I am learning a language. Third, all these little issues make having a Harvard degree much more valued in my country. And fourth, I really expect that in a few months I am going to be OK.

Before coming to HKS, José Miguel Ossa was in charge of Puente Alto’s Department of Public Education, its 27 public schools and their 25 thousand students in the poorest municipality in Chile. 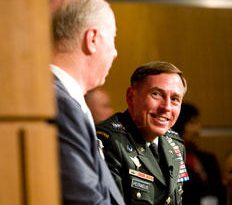 OPINION: What Broadwell-Petraeus tells us about HKS 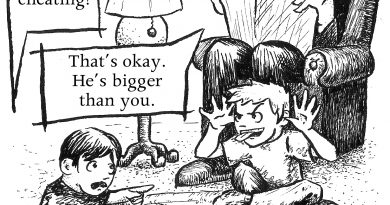