Chalk it up to the decompression afforded by winter break, or maybe the merciful (if temporary) lack of problem sets and memorandums, or perhaps the new brand identity (Harvard Kennedy School Student Government or “HKSSG,” pronounced “eych kay double-ess gee” – you heard it here first). Whatever the reason, the rubber has really hit the road for the committees in the Kennedy School student government.

Nearly every committee has seen significant progress toward realizing its annual goals over the past few weeks. Here are the updates:

On January 30th the finance committee released its first-ever student funding transparency report to the student body. Jamal Jones, the leader of the transparency sub-committee, hopes that representatives and interested students will be able to use the information in prioritizing future spending. “We felt that it was important for the student body to understand what was going on with the finance committee, so that they wouldn’t complain that one group was getting too much money, for example,” says Jones. “You can get a picture of where the actual money is going. This should give the students the ability to say ‘we’d rather do this’ or ‘we’d rather do that.’” The committee took great pains to make the data presentation concise, readable, and relevant to students’ concerns.

For their efforts we have given the finance committee a completion.

Having only assumed her role as VP of the Internal Affairs Committee in November – and in the midst of the fallout from the botched Mid-career election, no less – Gazal Kalra has her work cut out for her. Nonetheless, she’s made some real progress, working personally with the IT department to fix the online voting platform and build in some safeguards. Next up: by-law reform, which Kalra hopes will improve the HKSSG’s internal evaluation mechanisms and make the next election season even more foolproof.

Seeing as the Spring elections have (thus far) gone off without a hitch, we’re awarding IAC a completion.

SAC has been working in collaboration with the Student Public Service Collaborative in rolling out the “600 Minutes” volunteer campaign. The goal of this initiative is to challenge every student at HKS to complete ten hours of public service in Cambridge and Greater Boston areas. Says Tiffany McCormack, MPP1 and Co-Director of SPSC, “We believe this an incredible opportunity for us to remember why we came to the Kennedy School in the first place: to assist communities by trying to solve some of the most troubling public issues.” Students can check out a growing list of volunteer opportunities at the SPSC’s website, hvrd.me/hksSPSC.

We are giving SAC a “partially complete” for this initiative; it remains to be seen how much they will be able to engage the student body in this worthwhile project.

On February 3, ISAC kicked off the first in its “International Student Lunch” series. Part “town hall” and part networking, the event was hugely successful, attracting 70+ students from among all the classes at HKS. VP Max Teo says he is also working with the Student Activities Committee to make this year’s “International Week” (March 22 and 23) one to remember.

Over the January Term, VP Natalie Fabe successfully implemented her new J-Term Shadowing Initiative, which sought to connect current HKS students with alumni in their professional fields of interest. Over 100 alumni volunteered to host students and 51 matches were made overall — far exceeding the PDC’s internal goal of 30 matches. We’d call that a resounding success! 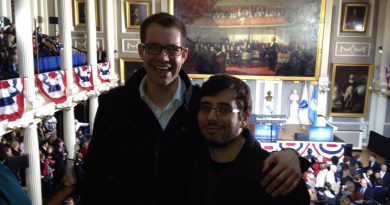 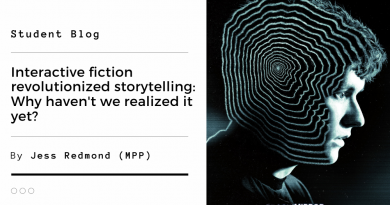 Interactive fiction revolutionized storytelling: Why haven’t we realized it yet?

April 5, 2022 Comments Off on Interactive fiction revolutionized storytelling: Why haven’t we realized it yet? 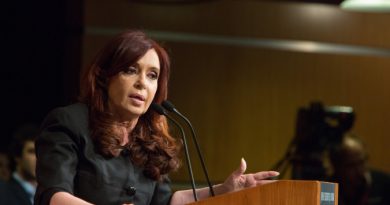