For someone like me who cares naught for sports, my Linsanity seems to come from nowhere. I speak for no one else, but know that my own pride bursts from an Asian American’s quiet desperation.

This sounds odd, of course, when we consider the hierarchy of oppression. I have by no means lived a rough life, and – all things in perspective – my lowest lows would probably have matched someone else’s highest highs. Sometimes I feel being a comfortable “second-best” demands my silence in discussions about race and class. That I may be an ally, but (much to my dismay) will never be considered a true sister.

To some, it seems problematic to quantify oppression, or to create this mirror hierarchy in which those who are neither the best nor worst off feel lost in their partial membership (and always, their partial exclusion). I agree that it’s problematic, but I also understand why it exists. The difficult reality of oppression is simply that you don’t know what you don’t know. And although compassion goes a long way, and an open mind is the greatest instrument one can own, certain lessons still lie beyond the grasp of a good heart and open mind. Lessons learned firsthand and against one’s will can be communicated, but never organically replicated, by textbooks and *liberal* curriculum. And when it comes down to it, the lasting impact of trauma is its respective association with helpless emotion. The implausibility and in-utility of recreating trauma (for those of us who care and want to know) generates a vexing chasm for the ages.

I expressed the above to reveal what my perspective observes and where it falls short. With this in mind, I will elaborate on my earlier comment about Linsanity and quiet desperation as an Asian American.

When I was nine, a teacher introduced me to Robert Frost’s “Road Not Taken”:

Two roads diverged in a wood, and I,

I took the one less traveled by,

And that has made all the difference.

Much of the poem’s imagery eluded me, but still I wept. My visceral response was intuitive; at the time I was too young to empathize with its metaphor. Years later, I would realize that those were the tears of a kid to whom the only doors that appeared open led to roads she did not want to take.

Jeremy Lin and I grew up in neighboring cities. Palo Alto is a short drive from Cupertino (where I spent my formative years), and both lie in the embrace of the Silicon Valley. I will not speak for Lin, but my experience of our insular community is that it confined me to a very specific set of rules and possibilities. One look around predicted my professional and personal future. For a kid who (not unlike many others) latched onto interests that were not law, finance, engineering or medicine, I had no grounds to request support. How could I justify to any well-meaning Asian American parent that I’d find comfort – or even stability – in a life that no other Asian American before me dared to live? Sure, for the pubescent wunderkind slated to design software or crunch numbers, doors were wide open. But for wayward dreamers like me, doors stayed shut. No parent wanted his child to be the first to kick one down: “Don’t risk it. You will fail.” Even today, so few of us take leaps of faith in our careers. So few of us speak up in classrooms, even. So the thought of some (contextually) shrimpy, pimply Asian kid taking names alongside big badass ballplayers?
You get my point.

This is not to say that Jeremy Lin opened every door that seemed closed to me before. He hasn’t, and in fact to rest my self-confidence on any one person’s achievement is, well, naive. And further (in case this surprises anyone), he and I are probably not on the same career path. But he made me feel that one more thing might be possible for Asian Americans, and that’s one more than we used to have.

Lin’s is now a fairytale unfolding, but in the hype we forget that he was far more likely to be a cautionary tale, one that precludes risk in the Asian American community. Knowing this, he still took the road not taken, sprinting where grass is high and hurdles higher. More remarkable than his meteoric rise is that he dared to try. For many, the hook to Lin’s story is his prowess on the court, his articulate charm and even his Harvard degree. For me, his story is mostly about an upper-middle class Chinese kid whose parents said, “Sure, follow your unlikely dream. We believe in you.”

Comments or questions! Please send them to irene_shih@hks13.harvard.edu ! 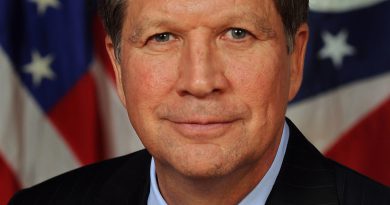 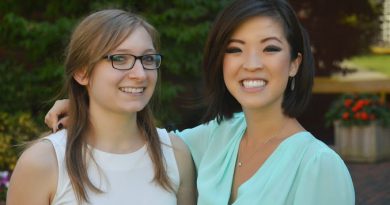 May 12, 2014 Comments Off on Student Spotlight: Jieun Baek