‘There are only two Americans in this shot. Try to guess who. The other countries represented include Greece, Canada, Japan, Kazakstan, France and a Native American tribe. Love this place.’- This caption – which is for a photograph John Lee, MC/MPA ‘13, posted on Facebook.com showing fellow students sitting down for a meal of lobster on a fine summer day spent outdoors at Walden Pond – struck a chord.

‘To quote Chris Tannian’s (MC/MPA ‘13) blogpost (chrisvibe.wordpress.com) on his International Summer Session at HKS:  As great as it is to be internationally aware, this summer has been about the eyeball-to-eyeball experiences that make me really feel and understand what I cannot glean from words alone.

When I sit across from a fellow classmate (from Chile, China, Kenya, Madagascar, Pakistan, India, on and on I could go), and see the expression in their eyes, and hear the conviction in their voice when they tell you a personal story of how they or those they care about have suffered or been impacted from injustice, corruption or simply from bad or indifferent public policy (many would include misguided U.S. foreign policy), the world seems to shrink, and their issues are now my issues.

It is impossible to detach from the story or the issue at hand when the setting is so intimate.’ A photograph and a blogpost – each attempting to speak about what makes HKS so special We tend to take the diversity we see around us at HKS so much for granted. This student presence from various countries is not uncommon in schools across Harvard, but I would hazard a guess that in HKS the world is much more widely represented.

Take the Mason Program for one: It ensures that many more people make their way to the Kennedy School from varied regions of the world.

The Harvard Kennedy School, as our info graphics show in a related feature, has a student population that spans at least half the 194 member countries of the United Nations.  At a time when the world outside HKS seems to be driven by the desire to find things that separate and distinguish each of us from ‘the other’ – our constant interaction across languages, cultures and backgrounds is a remarkable thing – remarkable in its everydayness, but also remarkable in that everyone is given a chance to be heard and the opportunity to be authentic and true to one’s own culture. The environment at HKS, with its emphasis on public service and constructive engagement, is a gift.

For many of us, it will be difficult to find this moment in time again when we meet so many people who are so different.  Work and life will take over and our circle of contacts will become limited to the familiar and the known by chance and circumstance.  Our time here at HKS is an opportunity: A rare one even in a globalized world. So while busy being busy, rushing to classes, grumbling about readings, running to catch up or even to stay in place – let us not forget the thread that runs through this huge patchwork-quilt community here at HKS: The thread of continuity and connection that says that differences and diversity are good.  Even beautiful.  Definitely necessary.  To be sought out and to be enjoyed.

So, in this madcap world of classes and library-induced siestas, let us make the time to get to know our cohort and friends here.  Learn more about their cultures and what makes them tick.  Glory in our differences and the common heritage that we share – of being citizens of the world.

For many of us – both from the United States and abroad – this will perhaps be the only opportunity to meet people in a setting where so many friendships will so quickly grow out of shared ideas and new experiences and bonds. And when you’re ready to leave (or when they push you out and back into ‘real life’), here’s hoping that there will be many of us who will realize that thanks to this time spent together, most places in the world now have a face or name to them, and no city is totally unknown or the ‘other’.  And perhaps the greatest legacy of HKS: that no city or its people, howsoever new, will remain unknowable. Last week, on Sept. 11, the day reminded us of the importance of talking to each other and being willing to listen: Of the critical need to do so.  It is easy to take our differences for granted, but finding commonalities would better serve us. For a shared future.

For less rigid positions and identitities.  For a willingness to listen; to hear and be heard. And also just because it’s interesting and challenging and, usually, fun. In this year ahead, we hope to be featuring stories from across the HKS Community on the Opinions page…The stories will speak about struggles and leadership – and also differences and coming together; How the time at school is helping change attitudes or just recognizing new ideas and how our everyday interactions are special in their ordinariness.  We are also starting a poetry column because sometimes strong opinions just need a timbre and a voice which has a rhyme and rhythm all its own.

Please send in your contributions to opinions.thecitizen@gmail.com The team at ‘The Citizen’ looks forward to hearing from you.

Why do we have such poor class discussions?

December 18, 2013 Comments Off on Why do we have such poor class discussions? 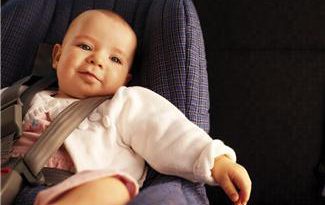 OPINION: Parenting is an act of heroism

December 9, 2012 Comments Off on OPINION: Parenting is an act of heroism