“This is the single biggest step any city, I think, has ever taken to curb obesity,” the three-term mayor of New York City Michael Bloomberg said on the recently approved ban on 16oz drink containers. “It’s certainly not the last step that lots of cities are going to take, and we believe that it will help save lives.”

Proponents of the so-called ‘Bloomberg Soda Ban’ argue there is strong linkage between sweetened drinks and obesity, which is becoming a national crisis.  Opponents claim that not only did Bloomberg ignore the views of business, but he also overruled popular opinion, which in a recent poll cited by the New York Times, showed 60 percent of the respondents were against the ban.

The legislation is aimed at restricting the sale of various sweetened drinks in cups larger than 16oz. at movie theatres, restaurants, stadium concessions and through street vendors (The common factor among these establishments is that the NYC Board of Health has inspection authority and thus can regulate who is subject to this rule).

Excluded are the following:  alcoholic, low and zero calorie sodas, coffee-related beverages, fruit and ice cream-type drinks. This large sugary drink ban does not apply to locations such as convenience stores, vending machines and newsstands, according to the NY Times.

This legislation is rife with holes.  Well-intentioned?  Possibly. Yet, the application of this “health ordinance” is not very holistic, is glaringly incomplete and virtually arbitrary in its definition.  Foreshadowing what is to come, Bloomberg indicates that other cities will be taking this initiative further and deeper.

I can’t help but be reminded of the chorus of mayors from Chicago, San Francisco and our own Boston, when they started espousing personal opinions and threatening to use municipal authority to deny operating license(s) to the restaurant Chic-fil-A.

Going down the proverbial slippery slope of “I know what’s best for you,” I wonder if the brilliant and bold mayor of NYC failed to look to our own trend-setting state of Massachusetts, when in 2006 a legislative initiative to ban Fluffernutter (a staple of New England school lunches for decades) failed. Not only that, but our beloved state awarded a $25,000 grant to study and “celebrate” the local history of this sugary icon.

More recently in Massachusetts, the Public Health Commissioner lost his bid to force a ban on bake sales in schools.  Specifically, “the ban would have prohibited the sale of sweets in schools during the school day and 30 minutes before and after the start of classes” according to an article in USA Today.

From a policy standpoint, is this really an effective tactical way to spend political capital, or should it be done much more strategically when dealing with a critically important topic such as community health & wellness?  The inconsistencies in this Soda Ban legislation are obvious and many.

Take the most simplistic: Purchasing two 16oz Cokes or Pepsi with one sandwich is not prohibited.

And the effectiveness can be questioned from the start:  When we want to educate people so that they are able to make healthier life-style choices, of which this is one small part, does imposing a ban accomplish this better than, say, providing them with more factual and relevant information?  Do we do them a disservice, both today and in the long run, by making that decision for them?

After all, in blatant irony, the government has yet to ban smoking, where the evidence of destruction of people’s lives and the adverse impact to the nation’s welfare as a whole is overwhelming.  In this case, taxes are used as a disincentive in an attempt to modify consumers’ behavior by making the cost more prohibitive, among other measures including limitations on consumer marketing, public education, age restriction, etc.  Yet, they still are allowed to have a choice.

Erin Frey, PhD candidate and Teaching Fellow for Todd Roger’s MLD-304 Behavioral Science class, had this to share: “Today, many behavioral scientists are interested in finding ways to ‘nudge’ people toward healthier behavior.  Mayor Bloomberg’s ban on large drinks, however, is not a nudge; it’s a shove.”

“Articles published in peer-reviewed medical journals suggest that rising levels of obesity may be linked to increases in soft drink portion sizes; this implies that reducing the consumption of sugary beverages may lead to better health outcomes.  However, the manner in which Mayor Bloomberg is attempting to achieve this goal ignores a number of important insights from behavioral science.”

“If Reactance Theory is correct, we may just see individuals attempting to subvert the ban and reassert their control over their beverage choices.  In general, policy makers should be aware of reactance and should recognize that individuals may respond in a counterproductive manner to policies that appear to threaten their ability to choose freely.”

“If a policy maker has the choice between implementing a nudge and implementing a ban, in most cases the nudge will be more effective at reducing behavior while maintaining the policy maker’s legitimacy and the individual’s agency.  Of course, not all behavior can be—or should be—nudged.”

“Some behaviors—like murder, the use of illegal drugs, or the dumping of highly toxic waste in drinking water sources—are so detrimental to society that we have collectively decided that they should not be allowed under any circumstances.  In these extreme cases, the best policy option is an outright ban.  However, for many other types of behaviors—including health choices—nudges may be far better at achieving the desired outcome without alienating citizens.”

About the Writer:  Forrest lives with his wife & two daughters in Winchester, a suburb just north of Boston, and where he is active in local politics as an elected member of the town’s Board of Selectmen and a Town Meeting voting member.  He was born in Peabody, Mass. and moved down South to attend Vanderbilt University.  He lived in a various parts of the United States before attending business school at Columbia University.  About twenty years ago, he returned to the Boston area and has been registered as an “Independent” ever since.  His professional background is as an Investment Manager, analyzing industries and companies and investing money globally, as well as a small-business owner.  His focus at the Kennedy School is in the Decision Sciences and he is a newly elected member of the Harvard Graduate Council.

April 28, 2014 Comments Off on My Proposed Commencement Speech 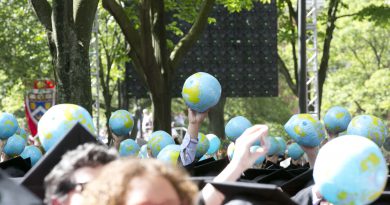 Roses…and Fire: A Reflection on the Kennedy School experience

May 22, 2013 Comments Off on Roses…and Fire: A Reflection on the Kennedy School experience 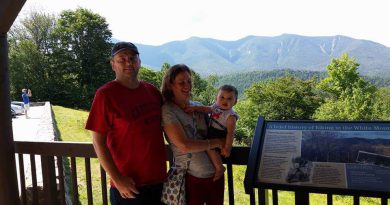 March 9, 2018 Comments Off on Donate Life, Become a Living Donor