Spend enough time researching the Massachusetts Senate race online and you are bound to wind up at a blog entry where 17 of the 84 words are ‘douchebag’.

All of the time-tested political tricks are in play, from war whoops to deadly accusations of tenured professorship.  The gender baiting and name calling continues apace. This is a high stakes, emotional Senate race for the two major local parties.

The Massachusetts Republican party hopes to keep their one high-profile office.  After Deval Patrick ended two decades of Republican gubernatorial control, Democrats occupy the positions of Governor, Lieutenant Governor, Attorney General, Secretary of State, Treasurer, Auditor, all ten federal Congressional seats and the other Senate seat.  Aside from Sen. Scott Brown, there is nary a Republican to be found in the statewide or federal offices.

The Democrats, meanwhile, see Brown as a troubling mark on an otherwise spotless resume. Massachusetts sports a national reputation as a Democratic stronghold for a reason – three-quarters of the state legislature are Democrats, and registered Democrats outnumber Republicans three to one.  Even more emotionally damaging, the beloved and larger-than-life Ted Kennedy held for decades the seat that Sen. Brown now occupies.

After the unexpected defeat of Martha Coakley just a short while ago, Democrats hope a different woman, Harvard Law Professor Elizabeth Warren, can knock Brown off of his national dais.

And gender is a big part of this campaign.  A staffer for Warren earlier this year shook her head as she worried how to attract men to Warren’s campaign. “Boys like trucks”, she admitted, referring to Brown’s branded association with a rugged brown jacket and his pickup truck.

And Joan Vennochi of the Boston Globe penned a biting column that critiqued the first round of Warren’s television ads – in Vennochi’s estimation the candidate had successfully convinced male voters that she was their worst nightmare; a “smarter-than-thou older woman”.  This has translated into the polling: Brown holds a sizable lead over Warren when it comes to male voters.

Warren holds an even larger lead over women, however.  Her frequent assaults on Brown’s voting record affected his campaign. It forced the incumbent to bring forth his wife and daughters to defend him against Warren’s charges that he will vote with national Republicans and shrink women’s rights.  His latest ad trumpets his support for the Lily Ledbetter Act, which is designed to create equal pay for women.

No blow is too low in this race.  Brown has called Warren a liar, a fraud, an opportunist who capitalized on a questionable Native American identity, and someone who cashed big checks for corporations as a lawyer. His assault on her identity raised some curiosity among voters, also reminding voters she comes from a foreign and distant place – Oklahoma. The Traveler’s Insurance story is equally murky for most of us.

Warren has not been idle.  She has attached Brown with a label even more nefarious in Massachusetts – a national Republican. This matters in a state where 62 percent voted for Obama and just 36 percent for McCain in 2008.

Brown has worked hard to portray himself as a moderate, however.

I spent some time on his Web site and could not find the word Republican anywhere. And though Democratic Massachusetts may have trouble believing it, his record appears to bear out claims of bipartisanship, at least on the surface.  According to a Govtrack.com analysis, using co-sponsorship of legislation as an indication of party loyalty, Brown has acted to the left of nearly all Republicans outside of Maine Senators Snowe and Collins, and to the left even of a couple of heartland Democrats.

Come Nov. 6, each party, state and national, will be holding their breath. If Republicans can hold onto Brown’s seat they will retain a prominent statewide voice and may see national gains as they seek control of the Senate.

But if Warren triumphs, the victory will resound locally as confirmation of the Massachusetts liberal identity, while national Democrats will be further emboldened to advance and defend the major initiatives passed during President Obama’s first term.

Clean Energy as an Economic Catalyst for Divestment

November 30, 2014 Comments Off on Clean Energy as an Economic Catalyst for Divestment 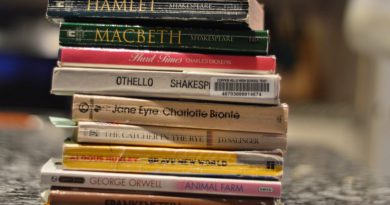 November 13, 2018 Comments Off on Of Karamazovs and Kennedys

Calderón should have cleaned out his government before confronting the cartels

March 9, 2013 Comments Off on Calderón should have cleaned out his government before confronting the cartels