Regardless of which candidate wins the election, bipartisan support is needed to move the United States forward on anti-trafficking legislation and services. Hopefully, the election season will spur politicians to jump into action and pay attention to the need to pass the Trafficking Victims Protection Reauthorization Act (TVPRA).

This landmark legislation was created to address the 3 Ps — Prevent trafficking; Protect victims; and Prosecute new federal crimes (as outlined in the TVPA). Key provisions of the act include the establishment of the Office to Monitor and Combat Trafficking in Persons within the US Department of State; creation of new crimes against forced labor and sex trafficking by force, fraud or coercion of minors; and establishment of T-visas, which allow victims of trafficking to become temporary US residents, to name a few.*

The TVPA was reauthorized through the TVPRA in 2003, 2005 and 2008. With each reauthorization, both the law and funds to combat human trafficking have been enhanced.  The TVPRA 2008 reauthorized appropriations for the fiscal years of 2008-2011. The US Congress has not yet passed the TVPRA of 2011, which will authorize appropriations for the fiscal years of 2012-2015. It was gaining significant bipartisan support when it was introduced in July 2011. In December 2011, Representative Christopher Smith, one of the original authors of the TVPA 2000, amended the TVPRA to make significant changes.

The amendment came on the heels of controversy in which the US Department of Health and Human Services (HHS) denied the renewal of a financial grant to the US Conference on Catholic Bishops (USCCB) to aid victims of sex trafficking.  From 2006 through 2011, HHS funded USCCB.  In 2011, HHS changed the grant application and began giving strong preference to applicant organizations that provided referrals for a full range of legal obstetric care, including access to contraception and abortion. Since USCCB did not offer this, it was denied the grant.  Grants were given to other non-profits that provide referrals, but none of these grant recipients had a track record as strong as that of USCCB. The decision created a firestorm.

Rep. Smith was extremely outspoken against the denial of this grant to USCCB. He argued that grants should be awarded to organizations with a stellar track record of helping victims.

To combat what he viewed as an abuse of power, he amended the TVPRA 2011 to include a ‘conscience clause’ to prevent the government from denying grants to organizations based upon their moral or religious objections to providing particular services such as contraception or abortion.

Other amendments proposed in the TVPRA 2011 include the transfer of victim assistance programs, services and training for the identification and protection of victims of severe trafficking from the HHS to the US Department of Justice and removal of HHS from the Interagency Task Force to Monitor and Combat Trafficking.

With these proposed changes, the bipartisan support has lagged and the TVPRA 2011 is yet to be passed. Considering what a landmark legislation this was for the US when introduced in 2000 and how dependent victims are upon services provided through grants and services allocated through the TVPA, it is a shame that politicians on both sides cannot reach a compromise to pass the reauthorization.

It is unclear whether the election will have any impact moving forward in passing this ‘stuck’ anti-trafficking legislation as it does not seem to be a top priority in any of the debates or campaign commercials.

*Polaris Project, operator of the National Human Trafficking Resource Center hotline (1-888-373-7888) and a leading anti-trafficking and anti-slavery NGO offers an excellent summary of the TVPA and TVPRA on its Web site. 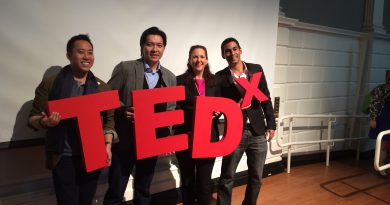 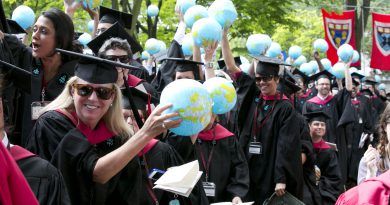