On Oct. 20 and 21, Harvard hosted the 48th annual Head of the Charles Regatta, the world’s largest two-day rowing event.

The Kennedy School Student Government (KSSG) hosted a tent on Sunday that was located in Reunion Village, on the Boston side of the river, along with a series of other tents with food, commentary and seating. One hundred and sixty two HKS students attended, bringing with them close to 120 guests.

Three Kennedy School students rowed in the competition this year, all racing in Saturday’s competitions. Unfortunately the tent date was set for Sunday’s races in advance, but many students came out on Saturday as well to cheer on their classmates.

Carolyn Erickson is a mid-career student attending HKS as a part of the Army’s Strategic Education Development Fellowship. After admiring rowers on the Charles this summer, Carolyn approached Cambridge’s Community Rowing Incorporated, where she learned to row in their program for military persons funded by the Department of Defense.

After just a few months of preparation, her team won a spot in the lottery on the ‘Women’s Club 4’ 5k competition. Carolyn particularly enjoyed the energy and support from the race, “It’s like Lollapalooza for rowing because rowing is just not a famous sport. So it was really cool because there were a lot of people out. It was so awesome to feel the energy.”

Lentz formerly rowed with the German rowing team Heidelberger Ruderklub. Oct. 19 was a special day for him as it marked 10 years to the day from Lentz’s first competition at the Head of the Charles. After moving to Cambridge, he wanted to repeat what he remembered as a fantastic race with amazing weather and a great crowd.

Tozer began rowing as a high school student in the U.K., but this year’s Head of the Charles marked his first competition in 10 years. He rowed as part of a fundraiser for the nonprofit he works with in Honk Kong, Crossroads Foundation. Both Roman and Tozer particularly enjoyed the chance to row against several Olympic rowers whom they admire.

In her first responsibility as Vice President of Student Affairs, Maggie Williams organized logistics for the student event with the help of other KSSG members. The interim student government acquired the tent and reservations, while Williams took over the day-of food and ticketing.

Williams says that KSSG especially wanted to make this event free in response to complaints from students last year about the price of KSSG events and suggestions for more events for families. Williams says she is continuously taking suggestions for new event ideas and improvements and welcomes emails from the HKS community.

October 25, 2012 Comments Off on The psychology of getting-out-the-vote 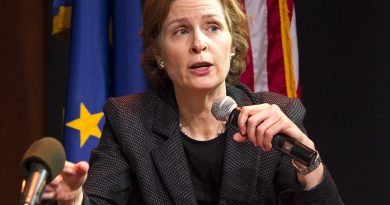 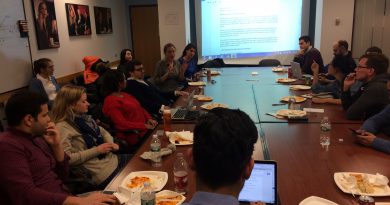 Behind the Scenes with KSSG: Grappling with Political Diversity

February 9, 2017 Comments Off on Behind the Scenes with KSSG: Grappling with Political Diversity