In a world where 2.5 billion people live in poverty, conversation at the Harvard Kennedy School (HKS) of Government on the issues of hunger and deprivation seems lacking. A recent simulation event organized by the Student Public Service Collaborative (SPSC) as the culmination of a month-long food collection drive attempted to change this. SPSC’s annual Hunger Banquet was held on Tuesday Nov. 27, 2012. The event, which aims to change the way participants think about hunger and poverty, was attended by more than two dozen students.

The key point, she stressed, is that hunger is not just about access to food, but access to good quality nutritious food. Even in the US, there is a substantial proportion of the population, particularly children, who do not have access to nutritious and wholesome meals. It was encouraging to note that the Greater Boston Food Bank is doing meaningful work in improving access to good food for these families, primarily through in-kind and cash donations.

The second segment of the evening featured the actual simulation based on the Oxfam America Hunger Banquet® model.

“At this interactive event, the place that you sit, and consequently the food that you get to eat, are determined by a luck of draw; a reflection of how some of us are born into relative prosperity and others into poverty,” said Marvin Kang, MPP ’14 and SPSC Co-Director. “Hosting the Hunger Banquet during the Thanksgiving season enhances the salience of such messages.”

The participants were then read narratives that characterized each of these groups. Each narrative reinforced how inequitably the world’s resources are distributed and how basic necessities like food are a privilege for many, particularly women and children.

“I felt that the learning moments were really the situations where people felt uncomfortable and then we came together to process it,” Beth Pollack, MPP ’13 said.

Of course, with HKS students being their benevolent selves, there was considerable voluntary redistribution amongst participants so that no one left the table hungry.

Sadly, this is not true in the real world. Nearly 85 percent of the world’s population does not share in the bounty of our planet. But the common understanding that no one chooses the circumstances into which they are born has at least opened up the conversation among students of public policy to do something about it. Pollack notes, “I am grateful that there is a space in the Kennedy School to reflect on inequality and poverty in an interactive way.” 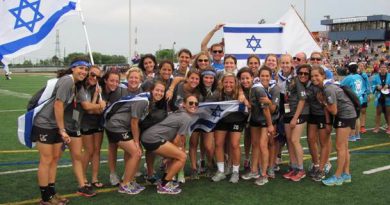 Lacrosse and SiBs in Israel

August 24, 2013 Comments Off on Lacrosse and SiBs in Israel 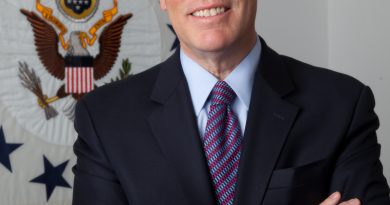 Professor Burns reflects on major global events in the past year

May 29, 2014 Comments Off on Professor Burns reflects on major global events in the past year 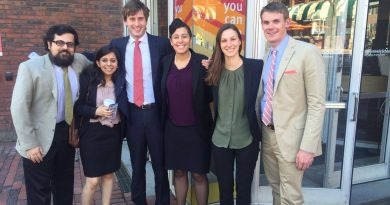