Here’s the dilemma: there’s an ogre. You can’t get away. He offers you a choice—die quick or die slow? Choose the former, and he crushes your head with his club. Death is swift and relatively painless. Choose the latter and you live a bit longer, albeit in horrible pain as he slowly eats you from the extremities inward.

As goofy as it sounds, this is exactly the choice Democrats will confront should they lose in November. Let me explain:

In 2009, President Barack Obama took office with once-in-a-generation legislative majorities and the symbolic status of America’s first black president. The Republican response was telling. After a brief flirtation with re-branding under RNC chair Michael Steele, the GOP embraced wall-to-wall obstruction. Their use of the filibuster turned the US Senate from a majority-rules body to a chamber that requires a 60-vote supermajority to handle all but the most routine business.

Their strategy has left its mark on history: there was no second stimulus; the DISCLOSE Act, an attempt to shine a light at the funding mechanisms made possible by the Citizens United v. FEC decision, failed with 59 senators supporting it; Peter Diamond, an economist whose work on unemployment won him the Nobel Prize, was deemed “unqualified” to serve at the Fed by Sen. Richard Shelby (R-AL), and his nomination procedurally euthanized; Elizabeth Warren’s nomination to the Consumer Financial Protection Bureau (CFPB) met a similar fate, and her understudy Rob Cordray was headed down the same path until President Obama appointed him to the position during a congressional recess. The list goes on. And on. And on.

Thankfully, Republicans have been candid as to the object of their obstruction.  In 2010 Sen. Mitch McConnell (R-KY) said that denying President Obama a second term should be the GOP’s “top political priority.” To accomplish that goal, the GOP doubled down on the proposition that President Obama and all his works are illegitimate. Anything he advocates they must perforce oppose, even when—as with the healthcare mandate—those ideas were formerly planks in the GOP platform.

So far, it’s worked out well for them. In 2010, Republicans took over the House of Representatives with a 63-seat swing, the largest since 1938.  The Senate might’ve flipped as well, but for some unfortunate Tea Party primaries in Delaware, Colorado and Nevada. As the GOP heads into 2012 with a healthy margin in the House and the Democratic wave of 2006 receding in the Senate, the terrain looks even more favorable. Why abandon the strategy now?

And here we return to the ogre and his proposition. Should Republicans take over either the Senate or the White House in November, Democrats will have to decide whether to grant the GOP the right to govern that was so assiduously denied to them or embrace the new normal of unremitting legislative obstruction.

If Democrats choose the former, they’re looking at a full-scale revolt from the base. After four years in which key Democratic issues around labor, climate change, reproductive and civil rights have been soft-pedaled or outright ignored due to GOP intransigence, Democratic voters won’t reward legislators who knuckle under to the new GOP majority. Abandoned by their base and demonized by the opposition, the Democratic Party will at least enjoy the mercy of a quick death.

Should Democrats decide to fight the new majority, the consequences are arguably worse. Let’s assume Republicans aren’t principled believers in the minority’s right to derail the majority at every turn. If Democrats try to hold on to their base they’ll have to further the legislative dysfunction that has turned so many people away from politics. Today, 21% of Americans believe in witches, but only 13% believe in Congress. You don’t have to read Juan Linz’s Perils of Presidentialism to know that this is dangerous territory. Routine dysfunction calls into question the legitimacy of democracy itself; under this scenario, Democrats preserve the party at the expense of the polity.

Fortunately, Democrats have a way out of this dilemma: don’t lose. If Democrats hold the Senate and the White House in November, it’ll be a sharp rebuke to the politics of obstruction that have defined the past four years. That’s no guarantee that the GOP will abandon their strategy, but at least they’ll be the ones making the ogre’s choice.

November 30, 2011 Comments Off on The HKS endowment pays for your education – just don’t ask how 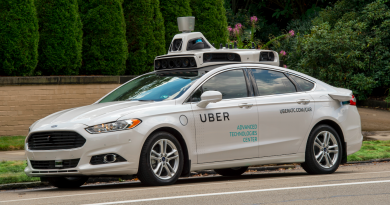 September 26, 2016 Comments Off on US Government Green-Lights Self-Driving Cars 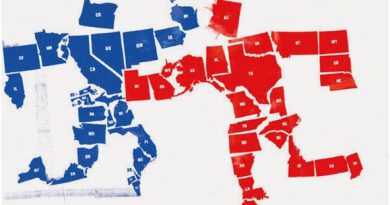 Democrats Are Missing Something; We Need to Help

April 19, 2017 Comments Off on Democrats Are Missing Something; We Need to Help