Sherry Rehman, Pakistan’s Ambassador to the United States, spoke in the JFK Jr. Forum on Feb. 19 about U.S.-Pakistani relations, as both countries prepare for the upcoming U.S. troops withdrawal from Afghanistan in 2014.

In her remarks, Ambassador Rehman highlighted the various challenges Pakistan continues to face as well as suggesting strategies for mending the often-tense U.S.-Pakistan relationship moving forward.

Before being appointed ambassador in November 2011, Rehman was in the Pakistani Parliament, served as the Founding Chair of a public policy think tank, and had a 20-year career as an award-winning journalist. She began her remarks in the Forum by invoking the memory of her mentor Benazir Bhutto, Pakistan’s first female Prime Minister, herself a Harvard graduate.

Throughout the evening, Rehman brought up the value of looking to history for guidance and lessons learned, particularly in light of the anticipated U.S. departure from Afghanistan.

She urged the United States not to “go crashing out in an exit” before helping lay a strong foundation for an economically stable country. “The United States must win the peace,” she said, adding that this is the more difficult, onerous challenge. Rehman said Pakistan is eager to be a partner in this effort, but cautioned that regional policy will only bring stability and prosperity if the U.S. also plays its part and “works through the endgame of this longest war.”

Rehman reiterated Pakistan’s desire for a political and economically-stable Afghanistan several times, insisting that Pakistanis would be the first victims of any security vacuum due to the porous border they share with their neighbor. “Peace in my Pakistan is impossible without peace or some modicum of it in Afghanistan,” she explained. She also reminded the audience that the last time an international war “ended” in Afghanistan, brutal internal violence left Pakistan awash with Afghan refugees, who Rehman described as “the forgotten statistic.”

Another lesson from history that Rehman repeatedly stressed was that “no one can broker a sustainable peace in Afghanistan except the Afghans themselves.” Again, she said that Pakistan will support a negotiated settlement that results in a united, independent and sovereign Afghanistan, but the Afghans have to lead this process for peace. “Afghanistan is our neighbor, not our sphere of influence,” she remarked.

As for the future of the U.S.-Pakistan relationship, Rehman offered several suggestions to help the two countries move forward successfully, starting with information sharing and “building communications through formal channels, not the media.” She also called for “strategic sympathy,” urging both sides to understand the political and capacity challenges the other is facing. In particular, she asked the U.S. to recognize the limits of Pakistan’s reach and capacity in Afghanistan. She argued that just because her government cannot deliver stability to the neighboring country – a challenge that has eluded many – does not make Pakistanis “the coalition of the unwilling.”

While Rehman did not face any questions from the audience on the Osama bin Laden raid in 2011 or the recent killing of polio workers throughout the country, there were queries on a few difficult topics. Unsurprisingly, the topic of U.S. drone strikes policy came up early on. In response to a question on whether there is room for cooperation on drone strikes, Rehman reiterated the public comments she gave earlier this month in Washington, stating that Pakistan’s “clear and unambiguous position” is that the strikes are a violation of sovereignty and not acceptable to the Pakistani people. She was adamant that the best way forward would be diplomatic engagement on how to reduce and ultimately end them.

Other questions from the audience included how to address the problems of ongoing government corruption as well as how to stop violence perpetrated against minorities, particularly in light of the recent deadly attack on a Shiite community in Quetta. Rehman empathized with the anger she could see resonating in the room and responded that, in her government, there is “no lack of worry, empathy or anxiety about what our communities are going through.”

Near the end of her remarks, Rehman urged the U.S. to invest in Pakistan’s future – its huge youth cohort. She described young Pakistanis as technologically savvy and upwardly mobile, with a keen entrepreneurial spirit. “All it takes is a few good women,” she remarked, quickly amending this to “young people.”

Rehman stressed that Pakistan hopes to be a valuable partner and friend to the U.S. beyond the troop withdrawal milestone, emphasizing the need for the two countries to strengthen their bond and resume strategic dialogue. 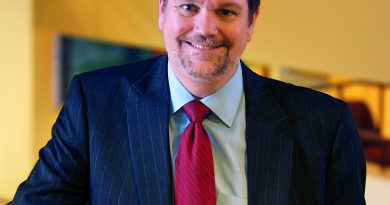 Reflections on the school year from Dean David Ellwood 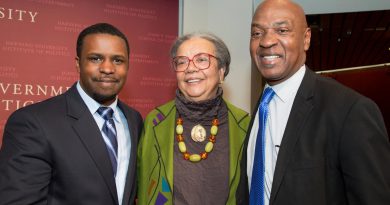