Home > Opinion > A discussion with the U.S. Ambassador to Australia, Jeff Bleich, MPP ’86 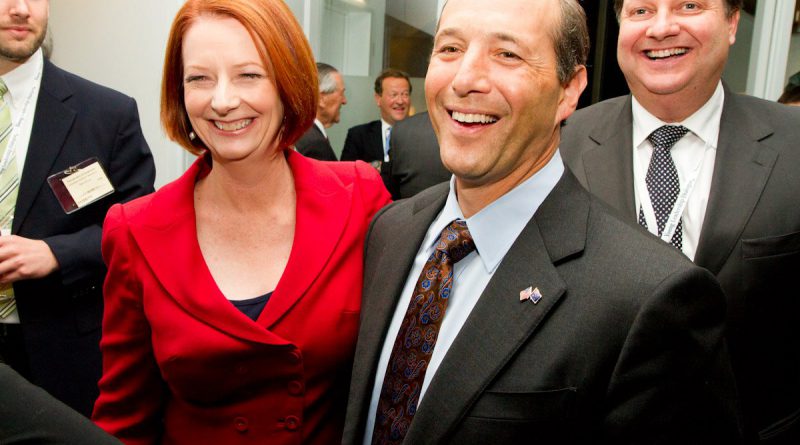 Here at the Harvard Kennedy School (HKS) we often hear of the alumni that meet the ultimate political goal in their home countries, such as former President of Mexico, Felipe Calderón, or former Singapore Prime Minister Lee Hsien Loong. There are many more that choose a less political route and dedicate their lives to either the public or private sectors.

During our discussion with one such dedicated public servant, the United States Ambassador to Australia, Jeff Bleich, made one point perfectly clear: Students graduating from HKS should not differentiate between their personal lives and their public service.  According to Bleich, “you can serve no matter what you do, whether public or private.  What it comes down to is how you treat people in your community.  Satisfying careers [as a public servant] come from those that are able to move easily between the sectors without feeling like they gave up their principles…[They] used every job for public service, no matter the sector.”

“You can serve no matter what you do…what it comes down to is how you treat people in your community.”

In his life, Bleich practices what he preaches.  As a lawyer in San Francisco, Bleich won the prestigious Pro Bono Publico Award from the American Bar Association in honor of his extensive and dedicated pro bono work to enhance the human dignity of others and improve legal services to the poor and the Robert G. Sproul Jr. Award for commitment to civil rights and pro bono services from the Lawyers’ Committee for Civil Rights. Such focus on human dignity also shines through in his management as the Ambassador to Australia. This includes the three principles he instills in every new employee when they arrive in Canberra:

As the ambassador to Australia, Bleich has been active as a part of the Obama Administration’s pivot, or rebalancing, toward the Asia-Pacific.  Unsurprisingly, Bleich views Australia as “one of our closest allies in the world; in the top three of our critical alliance partners in the world [and] in the ‘Age of the Pacific’, an invaluable partner with access to all the critical sea lanes, ties to all the resources in the region, and comfortable with both European traditions while also able to converse in Asia-Pacific cultures through decades of interaction and trade.”

As one of the most-discussed Australian contributions to the U.S. rebalance, Bleich believes the negotiation he undertook with the Australian government to station U.S. Marines in Darwin and conduct joint military exercises was “extremely pragmatic and clear-eyed”. The best sign that it was a joint decision was that “no one can remember who came up with the idea first.” He also mentioned that it was a very practical decision on the part of both governments, because as both Australia and the U.S. are “coming out of Iraq and Afghanistan, [we] wanted to train amphibious operations and Darwin is a perfect area to do this…[as well as] to conduct exercises with Asia-Pacific partners. The attitude from the beginning was ‘Let’s make this work’.”

And just how did his studies at the Kennedy School support his work, both in the private sector and as ambassador? He said that his education taught him to be “much more rigorous in thinking about the issues” and provided him “many more tools to use” to determine what he didn’t know and how to get answers through working in teams.

Additionally, Bleich said the “networks [the Kennedy School] introduces you to, not just the faculty who are the top of their fields, but your classmates” were invaluable. He pointed out that, as you and your fellow students separately grow in your careers throughout life, “you support each other” and are exposed to many different types of people with different experiences. Unlike more specialized schools like the Harvard Law or Business schools, Bleich said, the Kennedy School is composed of students from “across the country” and focused on many different ways toward one goal: public service.

As many of us sprint toward our last few months at HKS, and become overwhelmed with what we can or should do following graduation, I recommend the kernel of advice proffered by Bleich: “You can serve no matter what you do…what it comes down to is how do you treat people in your community.”

As to what public service role is in store for Bleich in the near future, “Well, that’s up to the President and my wife.” Another great nugget for us all: for country and family. 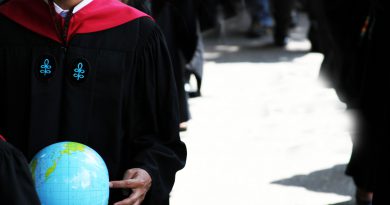