Twenty students from Asia arrive in Cambridge each fall to attend a semester of classes at the Harvard Kennedy School. In a program that began in 2001, these students are Lee Kuan Yew (LKY) Fellows who are under the supervision of the Ash Center for Democratic Governance and Innovation.

Named after the first Prime Minister of Singapore, Lee Kuan Yew, the LKY Fellows are candidates for the degree of Master in Public Management at the National University of Singapore’s (NUS) LKY School of Public Policy.

The latest batch of LKY Fellows began their one year program in January 2012. They completed one semester and a summer term at the NUS-LKY School of Public Policy in Singapore before spending their second and culminating semester as full-time students in residence during the fall term at HKS. Their summer term in Singapore included a 5-week experience with a Singapore Government Ministry or Statutory Board relevant to their field of expertise or interest.

Mostly from the ranks of the civil service in their respective countries, the background of each of the 23 LKY Fellows was quite diverse. Three students each came from the trade and board of investment, foreign service, and finance and central bank; two each from the police service, armed forces, manpower and labor, and agriculture; and one each from education, tourism, water utilities, justice, economic affairs and the private sector (banking). Additionally, two of the Fellows were senior police generals, another two are brigadier generals in the armed forces, three are lawyers, five have MBAs, and one has a Masters of Law from the Harvard Law School.

While in Harvard, LKY Fellows were required to take four courses which were mostly electives in their chosen fields of study or interest. Many LKY Fellows also participated in JFK Forum events and brown-bag seminars that provided networking opportunities to meet and exchange views with the Harvard University community.

Moreover, the Ash Center prepared a separate LKY Lecture Series during the term. These lectures were led by HKS professors, including David King (on US Government), Alex Keysar (on US Electoral History), Ken Winston (on Ethics) and Marty Chen (on the Informal Economy). To cap these special lectures and related initiatives, the LKY Fellows also had a special audience with Singapore’s Second Prime Minister and current Emeritus Senior Minister Goh Chok Tong who visited Harvard University in October.

A number of the 2012 LKY Fellows took part in the activities of numerous HKS-based organizations. These included the South East Asian Caucus, wherein they were given a formal welcome by its officers and members, the China Society, the Japan Caucus, and the South Asia Caucus. Many of them also enthusiastically attended the various HKS student events during the fall, such as the HKS Cruise, Head of the Charles, and the Dean’s Reception.

It was a quick and short stay in Cambridge but one greatly memorable semester. We gained a few things in our own way: fresh cultural encounters, the awe of new sights and tastes, the pleasure of making new acquaintances, the broadening of social/professional networks and the acquirement of “higher” education.

Besides the formal send off dinner held Dec. 5 by the Ash Centre’s HKS Singapore Program, some HKS-based organizations, including classmates and/or group mates also initiated a warm farewell celebration for LKY Fellows who were leaving Cambridge for their respective countries. After a short vacation back home, all went back to Singapore in early January to fulfill their final requirement in order to graduate in the MPM Program.

For the next academic year, there will not only be LKY Fellows during the first semester or fall term but also during the second semester at the HKS.

For regular-degree students of HKS, the LKY fellows program offers a unique opportunity to network as many of the LKY Fellows are well-entrenched in Asia. Surely, an LKY Fellow will be among their valuable leading contacts should opportunities arise that professional, or even personal reasons, brings them to the vicinity. 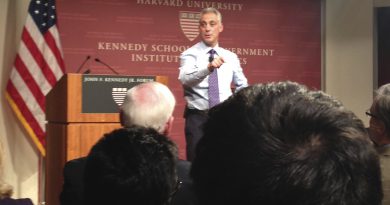 Mayor Emanuel in the Forum

October 30, 2013 Comments Off on Mayor Emanuel in the Forum 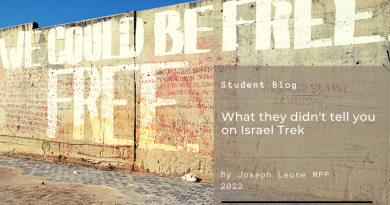 What they didn’t tell you on Israel trek

April 9, 2022 Comments Off on What they didn’t tell you on Israel trek 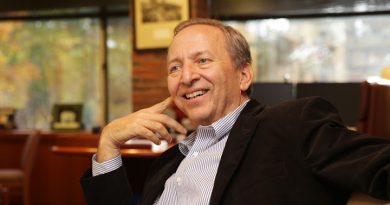