Home > Opinion > Culture > Tales from the Back Room: Specialty Coffee and the US Barista Championship 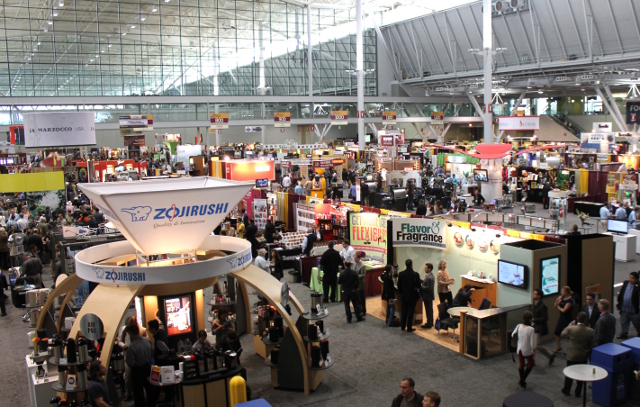 While picking up my badge at the Boston Convention Center, I was asked if I desired a tour of the floor. “No time,” I replied. “I’m here for the US Barista Championship and defending champion Katie Carguilo is about to compete in the semi-finals. Point me in that direction.” Upon informing me that “it’s way in the back”, I was off on my first Specialty Coffee Association of America adventure.

The US Barista Championship represents a small fraction of the competitions and activities at the SCAA annual conference, but it can make the careers of baristas and turn them into rock stars in the eyes of us coffee geeks. Katie Carguilo, whose first name will forever now be 2012 US Barista Champion, is one such rock star.

Carguilo made the journey last week from Counter Culture Coffee’s New York training center to defend her USBC title. No stranger to Boston, she occasionally visits the Counter Culture training center in Somerville to lead discussions educating the public about coffee. On one such visit, she served her winning USBC signature drink involving jasmine green tea, nectarine, lemon, sugar, vinegar, carbonated water, and Haru, a washed Ethiopian espresso. Might sound odd for a cup of coffee but seeing our nation’s best baristas bravely challenging traditional conceptions about coffee is exactly what makes the competition so exciting. Also, the drink tastes damn good.

While trying to get a better view of the competition, I bumped into Tyler Wang, bartender at cocktail haven and Barbara Lynch flagship restaurant No. 9 Park. The always enthusiastic Wang, who I first met at a coffee cupping, was especially animated, thanks to an endless supply of free espressos. When we inevitably began discussing how to creatively incorporate coffee into cocktails, I was reminded of how much baristas and bartenders have in common.

The challenge facing both craft cocktail bartenders and specialty coffee baristas is taking pride in the quality and presentation of the final product without forgetting that personal and exceptional customer service is just as important for success. Both professions deal with us when we are not always at our best (grumpy because we haven’t had our coffee yet, sloppy because we’ve been at the bar too long). Both know how to drink whiskey (as the cops learned last week when shutting down a Counter Culture after-party in Somerville). There’s also no shortage of facial hair, tattoos and piercings behind the bar or the La Marzocco espresso machine.

Baristas and bartenders are literally separated by night and day, but there are more subtle differences between the two. Coffee professionals are the slightly geekier and more introverted. While we may associate coffee shops with the arts (a place to read, write a screenplay or have a first date), it belongs squarely in the sciences. Even the best coffee beans can be ruined by small miscalculations in pressure when tamping the grounds, water temperature or length of time coffee grounds are immersed in water. The best baristas remind me of scientists who perhaps realized they wouldn’t be happy being behind a lab bench 50 hours a week. Bartenders, on the other hand, are given more opportunities to experiment in the moment, limited only by their imagination and the size of their back bar.

This difference was made starker during the Brewers Cup finals. While the barista competition involving espresso gets the most attention, complete with debates over contestant’s song choices, the Brewers Cup is a beautiful back-to-basics reminder of what being a specialty coffee professional means on a day-to-day basis. Instead of trying to invent a new approach or drink, this competition highlights the skills and techniques required to consistently make a great cup of coffee while providing excellent customer service day in and day out.

Erin McCarthy of Counter Culture New York beat out colleague Jonathan Bonchak to become Brewers Cup champion by displaying tremendous knowledge, affability and technical skill. Coffee is such an intricate, complex and rewarding crop, but a hand-brewed, single origin coffee can be intimidating to the uninitiated. McCarthy successfully used humor and a personal touch to inform the audience about Counter Culture’s Esmeralda Geisha “Leon” coffee without lecturing: “Geisha varietal is Meryl Streep of coffee. If a film has Meryl, I know it has potential to be great.”

After a few more shots of espresso for good measure, I finally left the sterile, uncarpeted, and undecorated area where the competitions were tucked away in the back. As I passed the more than 700 vendor booths on the convention floor, I was reminded how few people have actually interacted at all with this thriving culture of driven, smart and talented baristas aiming to deliver the best quality coffee and service.

After row-after-row of artificial flavored coffee syrups and unnecessary gadgets, I decided to forgo my usual snarky comments and instead look forward to slowly watching these brilliant geeks introduce more people to the wonderful complexities of a great cup. I may never let a Keurig coffee pod machine into my kitchen, but I suppose Keurig is making more people excited about coffee.

After Bon Appetit chose NYC’s Momofuku as one of the 20 most important restaurants in the country, they asked Chef David Chang what he thought was the most important restaurant. He mused, “Cheesecake Factory. Seriously. They consistently make more people happy than any other restaurant. We can all learn a lot from them.” While my heart will always be with the passionate geeks in the back room, the SCAA conference provided a wonderful venue for learning and innovation for everyone in the industry.

Nick Wilson is an MPP1 who writes about food, drink and culture at TreasureMA.com. 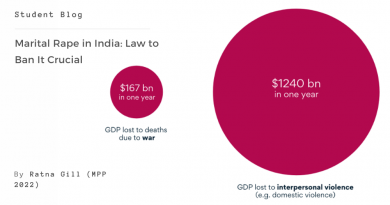 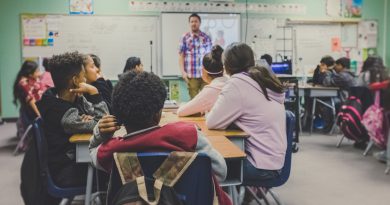 HKS Arab Caucus: An Interview With the Co-Chairs

One thought on “Tales from the Back Room: Specialty Coffee and the US Barista Championship”