A bright sunny afternoon has given way to a brooding, overcast night in Cambridge.  Three people are dead, among them an eight-year-old child.  One hundred seventy people are injured, many grievously. Bomb blasts at the Boston Marathon finish line have transformed that joyous event into tragedy.

A quicksilver sadness has come to visit.  Now, she refuses to leave.

I was not at the Marathon when the killings took place.  For these were willful killings. There is nothing random about detonating a bomb or firing a gun.  I have since this afternoon watched, almost transfixed, the incessant voices, the anguish and the images of pain.  All regurgitated by a media monster that informs and horrifies simultaneously.

I have made my frantic calls and answered a few.  Checked online for news of friends who have become family in this year at Harvard.

Now, I long for silence and solitude.  But the sadness that is my uninvited guest refuses to leave.

I wonder how my Muslim friends feel today.  The shadow of 9/11 looms large.  I feel their pain, their anger, and their loneliness.  My hope and prayer?  Let the bomber not be a Muslim.

I hear the shock and the terror in my Indonesian friend’s voice that I know not how to comfort.  She was a few blocks from the blast, surrounded by the carnival-like joyous celebration of the Marathon.  In an instant, everything changed.  A devoted churchgoer, this senseless day keeps her awake too as she searches for answers.

A Vietnamese friend sends an email asking how to trace a runner from his country who is still missing.  Words are redundant in this forest of fears we inhabit tonight.

My intent in this column was to introduce a book of poems titled “Our World – Better Together” written by the HKS mid-career class of 2013.  On a day when hope seems in short supply, any kind of cheerful positivity seems trite and irritating.  The world is not one.  Not today.

But as I skim the book, the words bounce off the pages and speak to me. The poems speak of hopes and dreams.  A vision of a “land of fairy tales where the world resembles a Harvard courtyard…. where Israeli-Jews and Middle East-Arabs can become soul mates.”  Images of a space where “all children, poor or rich, girl or boy, black, white, brown, yellow” can play together.  Dreams of a world where the “winds of change and humanity” swirl around gently.

I ask some classmates why they wrote what they did.  Anna tells me that it is a declaration of intent to serve:  “Once you declare something, you’d better stick to it!” she laughingly says.  Sam and Affendi say the poems are a tribute to this moment in time at HKS and this unique circle of friends.  Donsia confides how poetry provides hope and a voice where she would ordinarily feel inadequate to speak.  For many, this is the first poem they have written. Some happily confess it will be their last.

But they have tried.  And I now have before me a collage of multi-hued images of a better world.

That’s when it dawns on me.  All the poems unabashedly speak of love and hope.  Of understanding and acceptance. Of a ragtag bunch of strangers becoming lifelong friends. Of gentleness with oneself and intolerance towards human suffering. Of constant striving and determination.

In Iraq today, I read on Twitter, 37 people have been killed and more than 140 wounded in 20 separate bomb attacks.

Violence and terror have no nationality, religion or identity.  But the evil they represent can be faced with courage and resilience. Together.

It can be the small but meaningful act of one person such as Bill Iffrig.  The 78-year-old marathon runner, thrown to the ground by the impact of the bombs, who got up and finished the race. Or it can be a celebration of friendship by 200 individuals taking the form of rough-hewn but true compositions in a small book.  Poems that blend rhyme and rhythm, long sonnets and haikus, blank verse and simple iambic pentameter.  Poems that stand tall.  Undaunted. Unbowed.

There will be days of pain in our future.  But there will be other days.  Of poetry and hope and lump-in-the-throat wonder and emotion.

Paul Valery, the French poet-philosopher reminds us: “A poem is never finished, only abandoned.”

So it is that I wish for my friends in the mid-career class of 2013: Many more abandoned poems in their future.  And as they strive for a better world, an ocean of courage and hope within. 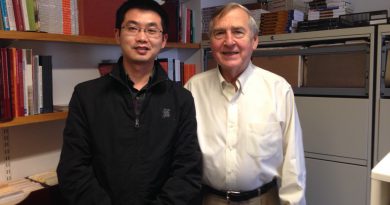 May 12, 2014 Comments Off on Professor Nye, Professor Allison on Major Global Events in the Past Year 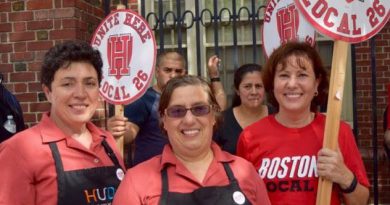 How to Support Harvard Dining Workers During the Strike

October 9, 2016 Comments Off on How to Support Harvard Dining Workers During the Strike 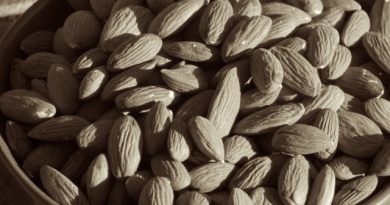 Coming to America: Land of the aisles, home of the 2% milk

November 1, 2011 Comments Off on Coming to America: Land of the aisles, home of the 2% milk