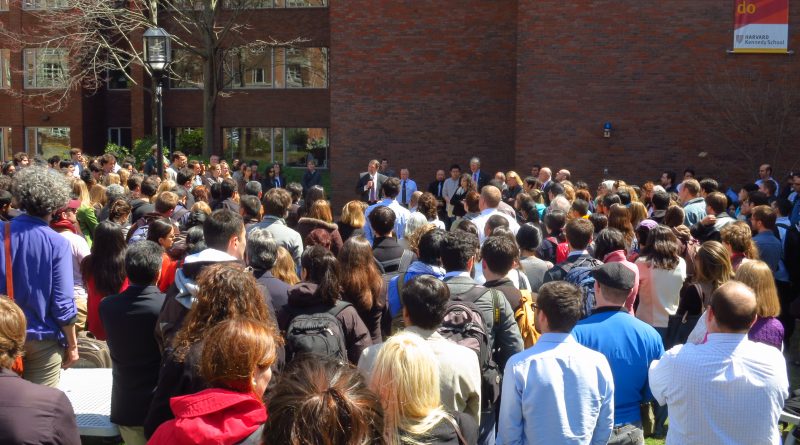 The 2012-2013 academic year was marked by both exciting and tragic events. Internally, students pushed for greater diversity on campus, called on Harvard to invest its endowment more sustainably and celebrated the news of a campus renovation.

Externally, the campus played an active role in the presidential elections, faculty were quoted by national media during the onset of the sequester and the entire community was touched by the Boston Marathon bombings.

Harvard Kennedy School (HKS) receives dozens of high level diplomats, legislators, social and political leaders, and heads of states each year. One requirement of visiting speakers is that they take questions from the audience. Unaccustomed to taking questions – especially in her home country – Argentinean President Cristina Kirchner became defensive and deflected criticism to the students. She criticized students for ‘unjust’ sentiments and rehearsed questions. She told one student that the student wouldn’t understand the plight of Argentina’s poor because she is studying at Harvard. She told another student: “I see that you read the question. Surely, you don’t have a good memory to remember what you want to tell me.” Her talk revealed a divided Argentina within the Kennedy School community as some expressed support for their president and dismissed student questions, while others voiced opposition, saying the talk revealed challenges in the Argentinean leadership.

There were few more exciting places to be during the presidential election than at the Kennedy School. In the weeks leading up to Nov. 6, the HKS hosted near-constant events with political pundits dissecting campaign strategy, broadcasts of the debates that filled the forum and two wing lecture halls, and roundtable discussions tapping into the expertise of faculty members. In addition, students organized trips to swing states such as Ohio and New Hampshire and others volunteered all day at the polls. Even after the election, HKS sponsored speakers’ series reflecting on the election, held debates on ‘next steps’ for both parties and brought a taste of Washington to Cambridge when dozens of new Congressmen came to discuss the economy, foreign policy and the budget.

School leadership announced plans for a major campus overhaul this year. Though much of the renovation is still in early planning stages, administrators want to improve the entry way into the school, expand the cafeteria, create more spaces for students to meet in groups, develop flexible classrooms and update technology for the latest on the market. The hope – at least this winter – was to seek University and city support to begin renovation in the next few years.

A week after Kennedy School students held a referendum calling for the investment of 0.1 percent of the $30.7 billion endowment in socially responsible ventures, the Harvard Management Company – the firm that manages the endowment – created the position of the Vice President of Sustainable Investing. The new position is dedicated to researching and understanding the environmental, social and governance (ESG) issues related to the endowment and to serve as a liaison to University groups dedicated to investor responsibility. Students celebrated the move, but called it a ‘first step’ as the new position didn’t guarantee changes to the endowment investment profile.

experienced some unusual weather. Along with an angry Hurricane Sandy that devastated coastal communities (hitting the New Jersey and New York coastline the hardest), Boston faced the fifth largest snow storm in recorded history. The snowstorm was unfortunately timed with one of the largest student conferences of the year – the Social Enterprise Conference (or SECON). Dozens of speakers and conference members who were scheduled to fly in had to cancel, leaving students scrambling to open at least one day of the planned two-day conference.

Despite being the most geographically diverse campus at Harvard University, Kennedy School students say the school falls short in other diversity issues. One student group advocated greater gender diversity among faculty with a creative campaign in the campus courtyard – in a play on presidential candidate Mitt Romney’s comment on ‘Binders Full of Women’, they placed empty binders on picnic tables around the courtyard with the message, ‘At least Mitt had binders.’ Another group of students organized a Diversity Rights Initiative, saying the school could better integrate the disability perspective into academics as well as student services. And Kennedy School students, as part of the Harvard Graduate Council, helped initiate a University-wide committee for graduate students called ‘Inclusive Harvard’ to serve as a liaison between the university administration and graduate students to make Harvard a better place for its diverse student body. The diversity issue is not falling on deaf ears. As early as the first weeks of school, HKS announced a new Office for Student Diversity and Inclusion which has the primary responsibility of recruiting students from under-represented backgrounds, emphasizing diversity of race, age, gender, disability, sexual orientation and socio-economic status, as well as providing support to the HKS Diversity Committee.

With the federal government serving as the top employer of Kennedy School grads, the sequester was watched with some trepidation. In late February, it became apparent that the federal government would have to slice as much as $85.4 billion during the 2013 fiscal year, with similar reductions scheduled through 2021. Kennedy School faculty spoke out against the sequester, calling it ill-planned and irresponsible. Professor Linda Bilmes said, “The sequester is the ‘cut-off-your-arm’ approach to dieting. You lose weight but it causes even worse problems.” Professor Jeff Frankel said that the real issue is not with discretionary spending, but with entitlement programs such as Social Security, but both parties fear political fallout if entitlement programs are curtailed.

One of the most celebrated experiences at the Kennedy School is the student-led treks. This year, more than 100 students traveled to countries such as Israel, Japan, China, Korea and Colombia. On each trek, students met with government and nonprofit leaders to understand challenges unique to the region; enjoyed local cuisine and engaged in conversation and debate with other trip members. Many students reflected on the experience, saying, ‘It was the best trip of my life.’ Student treks are planned this summer to Azerbaijan, Nepal and Pakistan.

students running the marathon were diverted from the finish line, many more saw or heard the explosions. Five days later, a high speed car chase awoke students living on Memorial Drive. For more than 10 hours, the city was on lockdown as police pursued one of the two suspects. HKS professors provided commentary to National Public Radio and other media outlets throughout the day. And when the second suspect was caught after 8 p.m. that night, students cheered alongside the rest of Boston.

10.   Students call for an end to racist scholarship.

After learning that Kennedy School faculty approved a “racist” dissertation on the IQs of immigrants, students launched a petition to Kennedy School leadership asking the administration to “reject all future scholarship based on doctrines of racial superiority or hierarchy”. They also called on the school to explain how such scholarship could be approved by Harvard University and asked that administrators investigate the approval process for the controversial dissertation “IQ and Immigration Policy.” The dissertation was authored by PhD student Jason Richwine (’09) who resigned from The Heritage Foundation on May 10 after his former employer sought to distance itself from the paper, stating “The Harvard paper is not a work product of The Heritage Foundation.” In his dissertation, Richwine claims that “immigrants are not as intelligent on average as white natives” and that “the difference is likely to persist over several generations.” 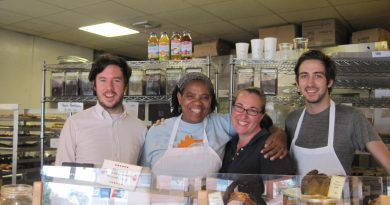 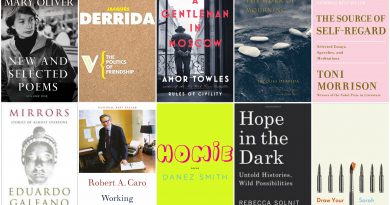 Comfort Books: Social Connection in a time of Physical Distancing