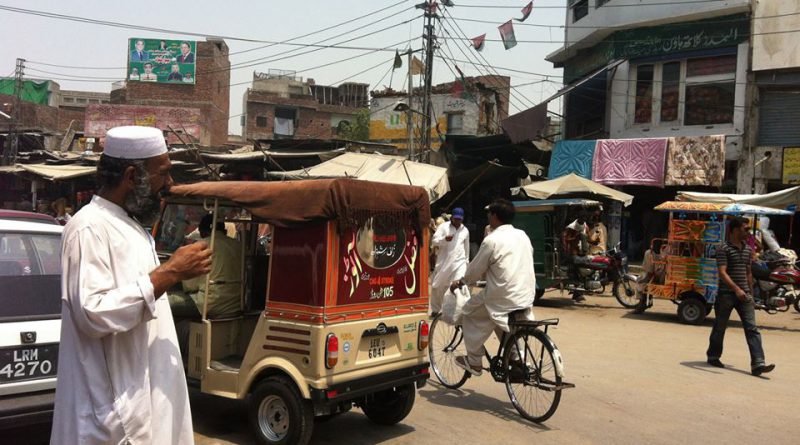 Andrea Titus spent the summer interning with the Center for Economic Research in Pakistan (CERP).  She focused on impact evaluation of vocational training programs for women in rural Punjab.

I’ve spent a lot of this summer thinking about mobility.  Oftentimes, I’m thinking about the challenges of getting around in Lahore as a single woman without a car.  I’ve thought about what to wear leaving the house, when at 11 p.m. you’re as likely to stumble upon a hash-infused, frenetic Sufi drum circle as you are the majestic and reflective Badshahi Mosque. As I’ve traveled from one Lahore neighborhood to another, I’ve thought about when to cover my head, when I should bring a friend with me, and where it’s okay to take a sip of water during Ramadan.  All of these decisions reflect the geography of the city – not just the physical geography, but also the way that social norms shape the construction of space.

I’m hyper-aware of these issues in part simply because I’m living in a country with different customs from my own.  But they’ve also been reinforced through my internship with the Center for Economic Research in Pakistan (CERP).  I joined CERP to work on an impact evaluation of vocational training programs for women in rural Punjab, and in particular to look at the relationship between distance to a training center and the likelihood of enrolling in a training course.  In practice, this means delving into patterns of women’s mobility to better understand the differential barriers women face when they have to travel to access educational opportunities.

There are obvious physical aspects to mobility.  Capacity to travel depends on the terrain, the condition of the roads, and the availability of transportation.  But there is an undeniable “social geography” to rural Punjab as well.  In part, this stems from the mapping of biradari groups, or castes, onto the landscape of rural villages.  It also stems from the value placed on purdah, or segregation of the sexes, and from real fears about the risks of sexual harassment when women travel alone.  Together, these factors mean that women in rural Punjab tend to avoid traveling unaccompanied, particularly outside of their home villages.  In one study, only 5 percent of women in southern Punjab reported being able to travel alone to a neighboring village without permission from a male household member. Other research has found that girls in rural Pakistan are much less likely to attend school when the facility is located outside of their settlement than when it’s inside, even when distance is held constant.  In other words, it’s not just pure physical distance that matters, but also the delineation of social boundaries.

Perhaps this picture I’ve painted matches a widely reinforced, collective image of Pakistani women – meek, headscarved, relegated to second-class status with little to no autonomy.  To be clear, this is not a fair representation of women in Pakistan (or women anywhere for that matter).  First, it doesn’t capture the diversity of identity and experience in Pakistan, the world’s sixth most populous country.  And second, even in rural Punjab, it doesn’t capture the myriad ways in which the social boundaries that affect women’s travel patterns are constantly up for negotiation.  During cotton-picking season, for example, women frequently travel alone to the fields to support the agricultural economy that underpins rural livelihoods.  While definitions of mobility may be highly gendered, they are also highly fluid and responsive to the demands of family and community life.

This picture also doesn’t capture what’s happening underneath the surface – the variety of ways in which civil society groups and rural women subvert normative restrictions to create space for autonomy and agency. This summer, I’ve attended meetings on distance learning models that leverage cell phones and mobile vans to bring education to the doorsteps of those who are least able to access formal facilities.  I’ve seen how networks of middle(wo)men and local sales agents shuttle between urban boutiques and rural households to bring locally-produced embroidered goods to markets.  I’ve learned about lady health workers who hire traveling companions so that they can travel to non-biradari households within their catchment areas.  All of these adaptive mechanisms take place alongside efforts to promote structural change in favor of greater gender equality.

Two months in Pakistan barely scratches the surface of its rich social geography.  Even in Lahore, even as I’ve grown more accustomed to traveling through its lively neighborhoods, the city continues to bewilder me with its contradictions – an urban slum abutting a posh neighborhood, a bustling Sufi shrine at the foot of the red light district, the various stratifications along the lines of class and gender that shape the boundaries of access and privilege. This is geography for the culturally inclined, glimpses into Pakistan’s many and evolving identities, urban and rural. Incidentally, these are also exactly the kinds of things that frustrate impact evaluations.  There’s nothing more humbling to economic development than realizing the extent to which heterogeneous, unquantifiable social dynamics complicate the design of clean interventions for a randomized control trial.

Which is why this summer was always about more than economics, even as I interned at an economic research organization. When I return to Cambridge and I’m sipping a Burdick’s hot chocolate in the middle of the frigid winter, maybe I’ll miss running Stata regressions in Lahore’s sticky summer heat. I know I’ll miss playing rounds of darts with my CERP colleagues, debating the relevance of pairing skills training with sewing machine or cash grants. But what I know will also stay with me is a shifting image of Pakistan, taken through the lens of a car window during a nighttime drive.  And as I pack my map of Lahore in my bag to return home, I’m grateful for not only for the education in RCTs, but for the geography lessons as well. 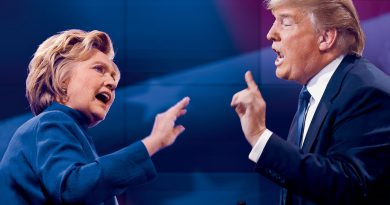 November 10, 2016 Comments Off on Harvard Students React to Trump Victory 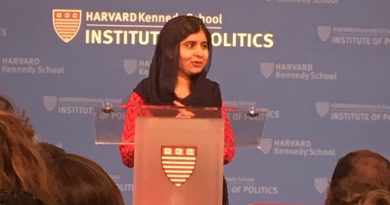 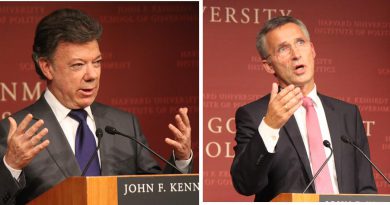