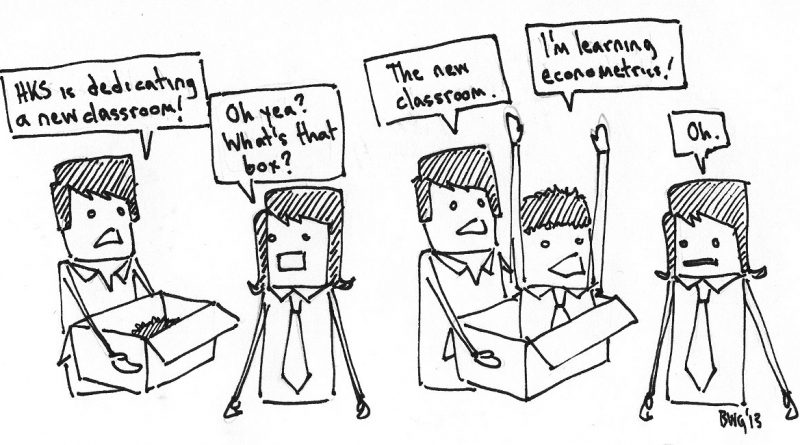 New and returning Kennedy School students have been greeted this semester by significant overcrowding throughout the Kennedy School, in classrooms as well as public spaces.
On Friday the 20th, a number of Mid-Career MPA students voiced their concerns to the administration.

During the meeting, students cited incidents of pushing and shoving, long lines in the cafeteria, bottlenecks in the Forum, and numerous classrooms that are filled well past capacity. The latter situation may be of greatest concern, with some students standing or sitting in the aisles in overcrowded classrooms. Other solutions brought up during the meeting include expanding class offerings both at HKS and at other Harvard schools, exploring the use of alternative space at other Harvard schools, alternative scheduling arrangements such as increasing Friday and evening classes, moving Executive Education offsite, and building additional facilities at HKS.

While no decision wasdreached at the meeting, it is anticipated that the students will continue to push for a solution.

The Kennedy School has increased its enrollment significantly over the years.

While the number of classes that are overcrowded has declined from over twenty to about five, the process has been confusing and there is no clear path to a solution to the remaining overcrowding.

It seems to many that the school is significantly over its capacity and needs to either expand its physical space or cut enrollment. Additionally, the existence of a large Executive Education program has strained facilities. Finally, it appears that the number of course offerings is lower this semester than in previous years.

Furthermore, there seems to be a communication deficit. New students were not given any indication of the existence of this situation that has existed for a number of years. Furthermore, many professors seem to be unaware of priority between HKS students, cross registrants, and auditors for overcrowded classes.

November 1, 2011 Comments Off on India-Afghanistan security agreement is a positive step

May 10, 2013 Comments Off on Dean David Ellwood responds to Harvard dissertation on immigrant IQ 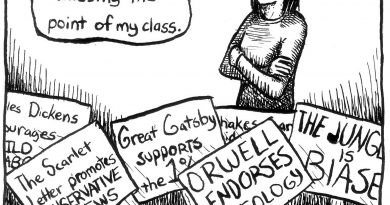 A Tool, Not A Theology: Confusing positive economics with normative judgments

November 1, 2011 Comments Off on A Tool, Not A Theology: Confusing positive economics with normative judgments