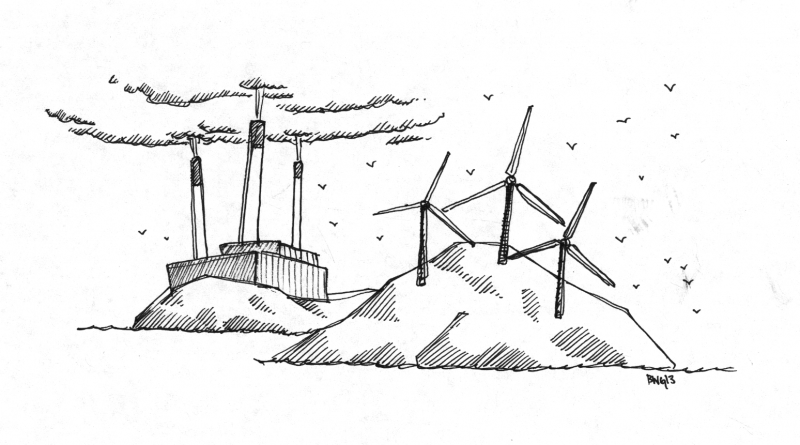 McKibben the unlikely (self-admitted) and outspoken leader of the climate change movement painted a dour picture of climate change and carbon pollution, “By the end of last summer 80% of sea ice compared to forty years ago is gone.” He proclaimed it’s the “end of the Holocene” and the start of a new human induced geologic period. Changes in hydrology he contended have, “loaded the dice for more floods and droughts.”, droughts that will rival the Dust Bowl Era. “We are the first generation to leave the planet worse than we found it.”, he starkly stated.

McKibben charmed the crowd after he self-effacingly announced that he was “a professional bummer-outer of people”; he also offered a healthy dollop of hope and the gathered were hungry for it.

Descriptions of the international success of 350.org, the halting of the Keystone XL pipeline, and the huge investment in solar power in Germany buoyed the largely enthusiastic and intergenerational crowd.

However McKibben didn’t paint a crimson picture of Harvard University and their investments in big oil, adding that Harvard never fully divested in South Africa investments during the Apartheid Era.  “It’s wrong to wreck the planet, so why profit on it?” According to McKibben, Harvard’s official response to divesting in oil companies is that the University only divests under “extraordinarily rare and urgent circumstances.” Cities like Providence and San Francisco and religious institutions like the United Church of Christ, he noted have rid their stakes in large oil companies.

According to Kevin Galvin, Senior Director of Harvard Public Affairs & Communications the University’s statement on stock divestment is as follows, “The University has traditionally maintained a strong presumption against divesting stock for reasons unrelated to investment purposes. Harvard is first and foremost an academic institution, and the endowment’s primary purpose is to support the research and educational activities through which institutions of higher education make their distinctive contributions to society.”

Prior to McKibben’s talk The Citizen reached out to him via email to pose some direct questions on climate change, leadership and his life choices, here are his responses.

The Citizen: In your new book Oil and Honey you contend that the social movement is still cresting, what gives you this optimism?

Bill McKibben (BM): Well, this year has already seen the biggest demonstration by far on climate change issues in American history. As mother nature continues to demonstrate the power of a newly changed world, I’m pretty sure the concern will continue to rise.

Citizen: How helpful is it to acknowledge that there are already irreversible climate changes underway, does focusing on adapting to climate change hurt the mitigation message?

The Citizen: Who are the emerging leaders on the issue of climate change (national and international), is there a lack of leadership on this issue, if so, why?

This is a leader-full movement. Here’s a long essay of mine on exactly this question http://www.tomdispatch.com/blog/175737/  Basically, it’s an open-source distributed movement–a movement that looks like the distributed power generation we hope to see built!

The Citizen: If the battle against Keystone XL is lost, where is the next battlefield?

BM: Won or lost, we’re also trying to play offense against the industry. So, the next crucial battlefield is over divestment. We can’t bankrupt the Exxon’s of the world, but we can politically bankrupt them, reducing their power to block change. Harvard would be a key place!

The Citizen: Will the hydraulic fracturing (fracking) energy boon cripple renewable energy innovation and tie the United States down to conventional energy systems for the foreseeable future?

BM: Yes– it’s not a bridge to the future, it’s a rickety pier leading out into a hydrocarbon lake.

The Citizen: In New England what is your position of allowing government subsidized hydropower from Quebec qualify as renewable energy credit?

BM: We need to be pushing and supporting locally produced power just as fast as ever we can. That’s why RPS standards should be locally met.

The Citizen: Say you retired tomorrow from being an activist and leader on climate change, how would you rationalize and justify living in a rural setting with keeping a truly sustainable, low-carbon footprint?

BM: Well, I live in a house covered with solar panels, and drive a plug-in car; I’d use a lot less carbon if I stayed home. But the real fight is for structural reform, not one-person-at-a-time change. 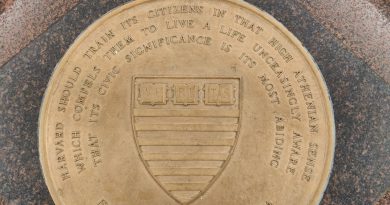 Why are we miserable at HKS?

October 2, 2018 Comments Off on Why are we miserable at HKS?

Opinions in the Forum: HKS on gambling in Massachusetts

October 4, 2011 Comments Off on Opinions in the Forum: HKS on gambling in Massachusetts

April 28, 2014 Comments Off on My Proposed Commencement Speech