Alexandra Raphel is interning at The Friday Times, a newsweekly headquartered in Lahore, Pakistan. Based on the belief that a better, more nuanced understanding of a place can lead to more effective diplomacy, security initiatives, and economic development policy, she has been exploring Pakistan’s second-largest city looking for stories that often don’t make headlines. You can learn more about her experience on her blog.

Let’s face it: the news you read about Pakistan these days is rarely good. So far this summer, militants have blown up a bus carrying female university students; the Taliban killed foreign climbers in the historically peaceful mountains of Gilgit-Baltistan; the city of Lahore experienced its first attack in months and the number of people killed by drones continue to rise. Such incidents of violence usually assure Pakistan a high ranking on “failed states” and “world’s most dangerous” lists. People overseas often read about them, sigh, and turn the page.

However, this summer also marked the country’s first successful transition from one democratically-elected government to the next, the first summit of Mount Everest by a Pakistani woman, and a new public-private partnership to invest in Pakistan’s growing small and medium enterprises.

The journalism industry is changing all over the world, but even with the most advanced technology and social media platforms, there is still no real substitute for being an on-the-ground observer and chronicler, especially in a country as complex as Pakistan. Although reporting and writing here comes with unique challenges – earlier this summer, long-time Pakistan resident and New York Times correspondent Declan Walsh was actually kicked out of the country – I have spent most of the summer talking with as many Pakistanis as I can and taking copious notes on the range of challenges and opportunities I see.

I have spoken with entrepreneurs whose biggest complaint is that Pakistani online businesses do not yet have access to PayPal; textile manufacturers who are frustrated they cannot be competitive in regional markets because they lack electricity for half the day due to the country’s ongoing energy crisis; young women who grumble that the absence of affordable, safe public transportation options make them less flexible employees; Lahori architects who work tirelessly to preserve the city’s most historic buildings; a lawyer challenging the Pakistani government to get YouTube reinstated; writers brainstorming about the second annual Lahore Literary Festival; countless Fulbright scholarship hopefuls; Pakistani Presbyterians who continue to flock to church services in Urdu each Sunday, in spite regular threats on their lives, and many others.

The exercise has informed my perspective on Pakistan, highlighting what a diverse, challenging, and promising place it really is.

The conflicts and misunderstandings that have characterized the U.S.-Pakistan relationship of late are not going to go away and are not ones policymakers, aid workers, and the business community can ignore. Already a country of over 180 million people (35 percent of whom are under the age of 15), Pakistan is growing faster than almost any other country in the region. It is also a nuclear power, with two volatile borders.

My hope is that getting to know a variety of people and understanding more about the problems they face – both mundane and extraordinary – will serve me well as I continue to explore the wide array of interconnected policy issues in South Asia. After over two months, I will leave Lahore in a few days feeling more informed, but that there is still so much to learn. 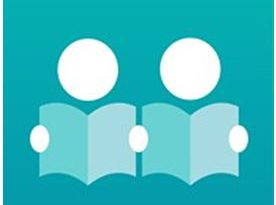 February 21, 2017 Comments Off on StudyBuddy – The next big app on campus that will solve all your study problems

November 1, 2011 Comments Off on Distorting Narratives 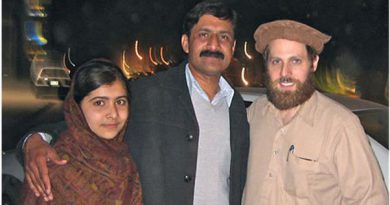 My ‘Small Video Star’ fights for her life

October 22, 2012 Comments Off on My ‘Small Video Star’ fights for her life