Kennedy School Professor Dick Cavanagh, who teaches entrepreneurship and innovation, once told us that 95 percent of all the startups failed. So the immediate question would be: why is he still teaching this course, in which the students need to develop business plans for startups, at all?

After indulging myself into a seemingly “fatal” startup adventure, as part of Professor Cavanagh’s course requirement, I have come to realize that entrepreneurship and innovation, painful as they are, are truly the core competitiveness of this country, or even for human civilization as a whole.

Indeed! Facebook, Starbucks, Zipcar…You name it.  None of them has emerged without all sorts of painful struggles. Here, I am not only talking about those five percent who have survived and thrived. Here, I am more talking about the attitude and spirit of entrepreneurship which is what makes the ultimate difference.

So our project is of no exception, let’s just put it mildly. It has been a long path that we finally manage to finalize the project, which is the result of lots of thinking, research, brainstorming, teamwork, and sometimes agonizing coordination, debate and even personality clash…

But despite all the frustration, even before we do the final presentation, I have already seen our project as an amazing success. I am undoubtedly certain on that, and proud of it.

Why? Think about this: I have been aware just very recently that some student in Palo Alto, who has hired engineers, is doing a similar project right now in a garage, with imminent product launch date. Days ago, when I pitched our idea to a VC manager, the person actively discouraged us from continuing the project, because they have just invested in a similar project on the other side of the coast, and according to the manager, “the competition is going to be fierce”.  I am still trying to figure out what these words really mean…

Maybe our project ultimately will end up being only a class project (which I personally prefer not to make a conclusion too early.) But we, a bunch of students from such diverse backgrounds, have managed, merely through discussions in study rooms and coffee shops, to figure out a business model that other people are putting real money in and hopefully to be something big in the future. Do we call that a success? Damn yes! At least in a couple of years, when a company who does the similar thing gets listed on NASDAQ, we can proudly say: that legend could have belonged to us.

I guess this is what the so-called best education in the world is all about: it has nothing to do with memorizing some magic algorithms hiding somewhere in a book, it is all about encouraging, or sometimes, forcing us to think, argue, challenge and even innovate in a disruptive manner. That is why I always try to remind myself: all those time, energy and even heated debates in the study room, at the forum, or in some random coffee shop, will not go in vain. I guess that is truly why I am willing to fly sixteen hours to be able to walk on the red bricks here (I don’t even want to start on all those bill statement in emails.), instead of going to the best university in my country, which is just thirty minutes’ subway ride away from where I live in Beijing. 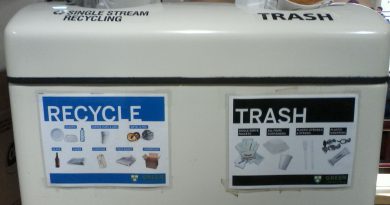