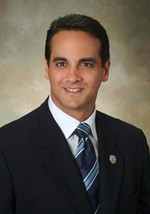 Now that you’ve been over to the Kennedy School’s Office of Career Advancement (the OCA) and sat down with a coach, you probably are starting to think about where to look for work after your graduate. There are some obvious candidates. You could work for the federal government in your home country or here in the United States. There’s a lot of money at the federal level and the problems are huge. You can impact the lives of millions of people just by convincing one person to sign their name. You could work for a provincial or state government in a region that interests you or to which you feel a special affinity. The money may not be as readily available as at the federal level, but your potential impact is still vast and the politics are a little less of a hindrance. You could also consider a position with a famous non-governmental organization, like the International Committee of the Red Cross or any one of a whole series of other firms whose reputations and tangible benefits to society are so obvious that they require no illustration. But there is one set of opportunities you might not have considered.

Imagine a place where money is hard to come by. The people have big dreams and big goals, but the problems facing them can’t be solved with a flood of cash. Imagine a place where everyone speaks your language, and not just your language, but your dialect. The people know you, and you know them, because you share the same streets, eateries, and cultural spaces. Imagine a place where every day your initiatives and programs have direct, tangible impact on your friends, family, and co-workers. In this country we have a saying, “Where the rubber meets the road.” Another way to think about it is, “Where the money gets spent.” What we are suggesting here is this: Imagine working for a city.

The recent procession of mayors and local leaders through the halls of the Kennedy School is no accident. Over and over these luminaries of progress – from Chicago’s Rahm Emmanuel to Somerville’s Joseph Curtatone – have walked amongst us this semester with one message: “Help Wanted”. Chicago for example is grappling with problems of gun violence and school system improvements while surging forward with mass transit network expansions and Healthy Chicago (“We will make Chicago the healthiest city in the nation” proclaims their website). Somerville, meanwhile, is continuing to apply citizen satisfaction survey data and intensive fact-based analysis to improve a host of city programs, from inaugurating a beautiful new building for East Somerville Community School, to enhancing city services for citizens that didn’t grow up speaking English. Not to mention the region’s planned extension of the Green Line through Somerville to Tufts and beyond in the coming decade.

Cities are a dynamic and inspiring place to work. Programs at the city level have immediate and direct impact upon residents. An effective city manager, executive, councilwoman, or analyst can have a gigantic positive impact at the city level. Boston’s 53rd mayor, Thomas Menino, was first elected in 1993 and is currently serving his fifth consecutive term. Menino’s many initiatives have improved the local economy, environment, and the lives of Boston’s children. While many presidents, governors, and legislators can also claim similar accomplishments, only at the city level can someone provide so many tangible benefits across such a broad spectrum of issues. An ideal amount of money might not always be available, but lack of funds is simply a challenge to be more innovative and determined. And creativity and dedication can reap great rewards at the city level. Take Menino for example, who was lauded by the local media on July 17th for receiving an 82% approval rating. As Jason Schwartz put it for Boston Daily, “that’s higher than kittens.”

Undercover (at the) BS

Come along for a ride with “Passenger”: Album Review – Lisa Hannigan: Passenger

November 1, 2011 Comments Off on Come along for a ride with “Passenger”: Album Review – Lisa Hannigan: Passenger 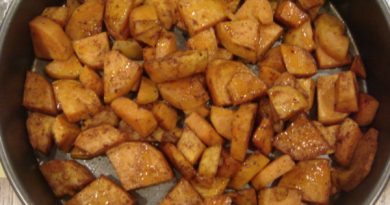