By Elizabeth A. Kislik, MPP’14, Correspondent

All of this free pizza needs to stop.

In the beginning of the semester, my email inbox was flooded with fliers advertising open houses and welcome events, many enticing attendees with the promise that “pizza will be served.” I had hoped the free pizza appeals would dissipate as the academic year got underway and the new catering service with its healthier options gained footing. Alas, that has not been the case. Event organizers at HKS believe the simple enticement of pizza is how to attract busy students and faculty to attend.

Often they are right. Pizza is delicious, and when we’re stressed, hungry, and on a budget, free pizza sounds like a timely bargain.

But is eating this cheese-laden dough really in our best interests? Its lack of nutritional value suggests it is not. Two years ago, Congress deemed the tomato paste on pizza to count as a vegetable serving in public school lunches. Even so, most pizza lovers are unlikely to argue in favor of its health benefits.

Despite reasonable consensus that this dish is unhealthy, the issue of pizza remains controversial at HKS. In an environment in which some students and faculty clutch their slices dearly and where “breakfast pizza” is served alongside oatmeal at 8 a.m. in the cafeteria, concerned members of our community hesitate to speak out about the unwholesome food culture.

“It’s frustrating to see pizza, brownies and goldfish as the food staples for campus events,” said one MPP2 who preferred to remain anonymous for fear of losing free food privileges. “I wouldn’t even call most of that real food. Everyone knows that cash-strapped students love free snacks, but I don’t see why healthy options like fruit salad, veggie plates, and grilled chicken can’t be offered alongside some of the more indulgent options. Last year, I learned to disregard the free breakfasts at school events because those usually consisted of just a wide array of starchy pastries.”

Good nutrition aids our academic performance, yet we as students frequently fall into an unhealthy trap. While most of us know pizza, brownies and goldfish are not good for us, we still eat them – especially when they’re put in front of us for free. It’s not our fault that we reach for a slice… and then another and another. We as humans are genetically programmed to consume as much fat, sugar and salt as we can.

Given this physiological predisposition to indulge, we must rely upon personal willpower to resist the onslaught of junk food when our self-restraint is compromised. Stress, hunger, and tight budgets render us vulnerable.

“Pizza is one of the most unhealthy foods out there,” said one anonymous Mason Fellow, “and exposing students to it when they’re overworked and sleep-deprived is just cruel.”

Because stress and fatigue often impair rational decision-making in these food encounters, healthy choices need to be the easy choices.

To foster a healthier food environment, the HKS administration should adopt nutritional standards for foods served at school-sponsored events. These nutritional guidelines could be similar to those adopted by the City of New York, which aim to limit calories, sodium, fat and sugar in foods served by City agencies and require that healthy alternatives be available. Nutritional standards along these lines would “nudge” the HKS community toward health-promoting behaviors, while preserving our freedom to purchase a slice of pizza in the cafeteria or a short walk away in Harvard Square.

Some HKS staff, administrators and student group leaders may argue that pizza and sweets are frequently served because they tend to be the most inexpensive. Granted, it may be difficult to serve a full meal for the price of several pizzas, but healthier snack options are possible at comparable cost. Whole fruits, nuts and raw veggies are all possible alternatives that would be within the means of most student organizations’ budgets.

Some critics of my proposed policy may contend that serving pizza provides a needed incentive to lure students to lectures and other events. If food is needed as bait, then there is probably a bigger problem with the event or how it is being marketed.

The recent arrival this Fall of the new food service company — Harvard University Dining Services — seemed to bode well for food culture at HKS. The cafeteria now offers a “Healthy Eating Plate” section of hot foods, which is a step in the right direction.

“This year, thanks to the change in food service providers, the cafeteria selection is definitely better, so hopefully event catering follows suit,” my anonymous MPP2 source said optimistically. 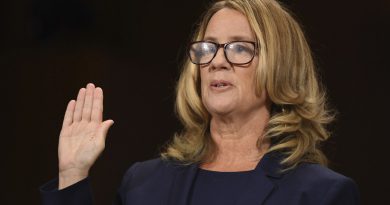 How can I be there for you? 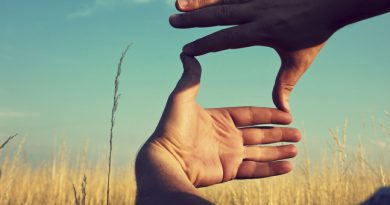 PPPs as a Mechanism for Social Enterprises to Impact at Scale