I was coming out from a pharmacy after buying fever and cough medicine for my four year old son when I saw a poster by local Non-Governmental Organizations (NGOs) on the wall. It read that the Malaysian healthcare system was going to be shattered because the price of medicines was going to escalate beyond affordability. The Malaysian NGOs insist that if Malaysia signs the Trans-Pacific Partnership Agreement (TPPA), the price of medicine will soar and cripple our healthcare system. In fact it was reported in the local media that the NGOs were picketing right in front of the hotel where the trade negotiation was taking place.

The NGOs oppose the TPPA because they believed the price of drugs will skyrocket in and Malaysia will have less access to generic drugs. The NGOs were well-meaning, but they are wrong. On the contrary, the TPPA trade pact will increase the number of brand drugs in Malaysia as many developed countries that produce brand drugs are part of TPPA. And the TPPA will have no impact on the availability of generic drugs in Malaysia.

The NGO’s principle concern is access to affordable drugs. According to the NGOs, prices will increase because of the adoption of stringent intellectual property rights provisions akin to those of developed nations. But in Malaysia, there are already thousands of generic drugs which are considerably cheaper than brand drugs and the TPPA will have no impact on the price and availability of generic drugs.

The patent protection term for all brand pharmaceutical products remains for 20 years and there can be no amendments to extend it. As a result, once an innovator drug has reached its 20th year of patent protection, generic drugs are allowed to enter the market and the price will be half or even lower than the original price. This environment creates a healthy competition between brand and generic drugs which eventually lowers the price of the brand drugs.

Rather than fighting the TPPA, NGOs should work hand in hand with the Malaysian pharmaceutical industry to capitalize on this ongoing free trade agreement. And they should pressure the Government to provide long term funds or grants for research and development in the field of pharmaceuticals so that new drugs are created in Malaysia. In this way, we will be able to create a clear path for research and development for medicine in Malaysia.

Currently Malaysia is only producing generic drugs, so there are no significant benefits to implementing stringent intellectual property rights. Nevertheless, I am sure that one day Malaysia will benefit from the stringent intellectual property rights provisions when brand drugs are produced by local pharmaceutical companies. It will certainly show the level of development we have achieved over the years. The TPPA is a win-win deal for Malaysia. Therefore the NGOs should put on their thinking cap and take advantage of this trade agreement for the betterment of our country.

December 15, 2013 Comments Off on In memory of Mariana Filgueira Risso 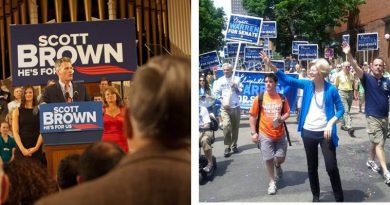 November 6, 2012 Comments Off on Stakes are high in Massachusetts Senate race

November 25, 2013 Comments Off on For Entrepreneurship!