I still remembered the day when my father told me that he had sent money to a Hamas guy. It was after the second Intifada, another round of violent conflict. In these years, we suffered endless terror attacks with hundreds of civilian casualties. At first, I thought that my father, a moderate right winger and a former officer in the Israeli Army, had lost his mind, until he told me that the Hamas member he sent money to is Mahmud. Mahmud and my father used to work together in the Sinai desert during the 1970s and have stayed in touch over the years. When I was a child, Mahmud was like another uncle. But after he became a devoted Muslim and joined Hamas, the connection weakened, though in times of need, my father would send Mahmud money to buy food for his family. The personal connection that was born in the 1970s created a miracle 30 years later: a man who reaches out to help a man and his family on the enemy side, amid a violent conflict.

Today I am a student at Harvard. Before I arrived here, I thought it would be an occasion to establish personal relations with the Arab students. But for political and personal reasons, few of my colleagues would speak to each other.  I am deeply worried that we are missing a once in a lifetime opportunity to create relationships that can result in miracles.

We, students at Harvard, are in a unique position that allows us to create such connections. International schools bring together people who rarely come together. In the school, I can encounter people from Lebanon, Jordan, Palestine, Egypt and Saudi Arabia. These people can meet Israelis. Together, we are going through an intense year full of academic and personal challenges. This intensity can help create real friendships, the kinds of friendships that we lack: the personal friendships that enable a man to reach out to his enemy later, despite the political atmosphere.

The inter-personal impact of friendships between Arabs and Israelis is important, but there is even more significant benefit from such connections. International schools attract students that later emerge as leaders: Mahmud Abbas did his PhD in Moscow, Bashar El-Assad did his post doc in London, Abdullah II of Jordan went to Oxford and Georgetown, Hazem Al Beblawi studied at the French Sorbonne, Najib Mikati attended programs at Harvard and INSEAD, and Benyamin Netanyahu studied at MIT and Harvard. The person who sits next to you in class today may be his or her country’s leader tomorrow or at least an influential figure. You can become the bridge to him or her, and the impact would be significant.

Plus, while International schools bring us together, they provide us with an important degree of separation. The separation from our everyday life and society sets us free to explore new ways of communication. Being in school is a good time to put on hold old prejudices and animosities because there is less peer pressure to stick to them. This is a hard task. Our history and pride are part of our DNA. We have all experienced tragedy and loss. But we must seize this opportunity to set the ground for a better tomorrow.

Therefore, I call on every student to create dialogue, to build trust and to experience meaningful relationships with colleagues from enemy states.  This goes also to non-Arab/Israeli students: please encourage your Middle Eastern friends to talk and help create an environment for dialogue.

After spending six month in school, I can say that creating meaningful relations is a challenging task. But I have learned a few lessons that might be helpful to you. In order to create the essential trust that can cultivate personal relations, we have to be sensitive to others’ pains and sensitivities. The issues are delicate and so are the people. In light of our history, every insensitive comment can eliminate any trust that has been built.

The good news is that it also works the other way. Any sign of genuine empathy advances trust significantly. I know that because every time I have an open and understanding exchange with my Arab colleagues, I feel the amount of trust we gain.

In the process of trust building, it is only natural to encounter crises. It is almost inevitable that we will hurt one another, especially in the initial period of time. So be ready for it and don’t give up when it happens. Deal with it, and try to understand the reasons. Most importantly, don’t stop. Remember the main goal and go on.

Imagine this: one day, the foreign minister of Lebanon will call his old friend, the Israeli national security advisor. They will recall the time they went to a bar. The Lebanese will make fun of the Israeli, who spilled a glass of wine on himself while he was trying to impress the beautiful waitress. After that, they will see what can be done regarding the tension at the common border.

This is not an imaginary scenario. It can happen. I know it because I have seen what has happened between Mahmud and my father. 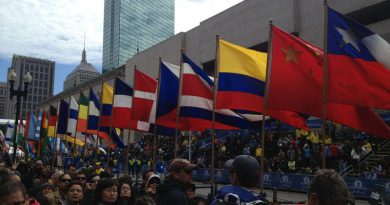 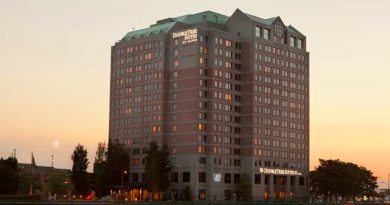 April 22, 2013 Comments Off on Harvard should demand employees of university-owned companies be treated with dignity 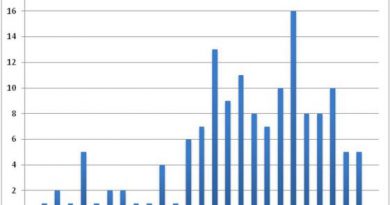 October 6, 2012 Comments Off on OPINION: Teachers Wanted, No Experience Required