Traditional attempts to curb gun violence have been unsuccessful. The debate has reached an impasse. It’s time to try a new approach.

I have a confession to make.

As a northeastern Jewish liberal, I have held certain beliefs for most of my life. Core among these beliefs is that no one needs to own a gun. In fact the nation would be best served with a limit or ban on private ownership of any guns. But it is clear to me that I am wrong. There is, after all, virtually no chance that we will see federal gun control legislation at any time soon and, attempting to regulate guns at the state level is the legislative equivalent of eating soup with a fork. I now understand that Wayne LaPierre of the National Rifle Association has it exactly right. The only way to reduce or even eliminate the 30,000 deaths and over 100,000injuries attributed to gun violence each year is to make sure that EVERYONE has access to the gun of their choice. This approach upholds our Second Amendment rights while protecting innocent people from the scourge of gun violence. I am a child of the Cold War. I know deterrence works. It’s been 65 years since the Soviet Union went nuclear, and no one has used a nuclear weapon since. Even the runt on the nuclear block, North Korea, seems to understand that just because you have a nuke doesn’t mean that you actually need to use it. If we know everyone is armed, we will all be more hesitant to use a gun. In 1977, over half of Americans reported owning a gun, while today gun ownership is trending down toward a third of households. But this decline has had little effect on gun violence. Firearm crimes as a percentage of crimes have remained steady during the same period.

We must try a different approach.

The Centers for Disease Control estimated that the cost of deaths from gun violence in 2005 was over 37 billion dollars! This does not even include the cost of non-fatal gun incidents. Much of this cost is born by taxpayers. Imagine the positive impact on government budgets with even the slightest drop in gun violence.

Rather than relaxing our gun laws, let’s take firm action to make our families safer. I propose that the government undertake a program that will, within five years, provide every American citizen and legal immigrant with a suitable firearm, a small amount of ammunition, and basic gun safety training. If we assume that the cost to properly arm a person is $500, then this program will pay for itself in one year. Of course, all guns distributed by the government would be fully traceable using the most recent technology, and registered in a national database of gun owners.

How best to roll out this plan? First, distribute guns to the portion of our population with the largest rate of gun violence and/or the lowest ownership of guns. Fortunately, there is significant overlap of these demographics. According to Pew Research, almost half of white households have at least one gun in the home. For black households the number is a quarter, and for Hispanic households the number is a fifth. It is in black and Hispanic communities, particularly in urban centers that the highest incidence of gun violence occurs. Leveling the playing field should have a significant impact here.

Not only will this plan to reduce gun violence make our nation safer, it will also result in employment gains. There will be increased hiring among gun manufacturers. And clearly, we’ll need more gun safety instructors as well.

Finally, arming everyone should make laws such as Florida’s Stand and Protect irrelevant. If everyone is armed, there’s no need to question if someone has a gun. There will be no need to hesitate for even a second when you see something you don’t like. Just shoot! A return to the duel at fifty paces to solve disputes may just be what America needs. 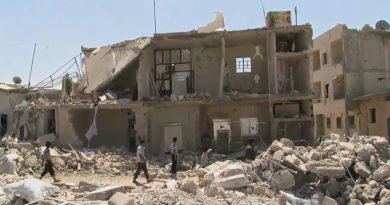 A rationale and framework for responsible U.S. action in the Syrian crisis

May 29, 2014 Comments Off on A rationale and framework for responsible U.S. action in the Syrian crisis 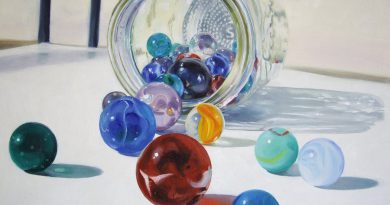 November 19, 2012 Comments Off on OPINION: The optimistic re-election of Barack H. Obama