Kerry Williams is currently a candidate for a Masters in Public Administration at the Harvard Kennedy School of Government (she is both an Edward S. Mason Fellow and a Harvard South African Fellow).

Uganda’s punishing policies on gay love and sex have become a hot inter-continental political issue. The passing of the Anti-Homosexuality Act, which not only criminalizes Ugandan gays and lesbians but also anyone who doesn’t report them, has been met with concern and even outrage. Where just love and consensual adult sex means criminality many wonder how a country can justify imprisonment of a vulnerable minority that cannot protect itself through the mechanisms of majoritarian and popular politics.  Although US views on homosexuality may still be diverse the days of denying gays and lesbians freedom are far away.  It was welcome when Obama and Kerry came out and said that the law is complicating the US relationship with Uganda and that the US would be reviewing its assistance programs to Uganda.  Similarly, President Jim Yong Kim of the World Bank postponed a $90 million loan to Uganda saying it needed to review the law for adverse affects on its development objectives. Uganda seemed unmoved and retorted by saying it would not be blackmailed by Western powers.

The drama of love, sex and aid is not only being performed on the cross-continental political stage but also in two recent film and theatre productions.  God Loves Uganda (2013) and Witness Uganda (2014), when watched together, reveal much more about the potential hazards of aid – and withdrawing aid – than current decisions of the US administration and the World Bank.  Where the latter are concerned about the hazards for gays and lesbians living in Uganda, God Loves Uganda and Witness Uganda are concerned about the hazards of US sending aid to Uganda.

The film God Loves Uganda (soon to be released on DVD) exposes how American money is being funneled to certain Ugandan churches, which vociferously preach the so-called evils of homosexuality and call for its violent eradication. It is directed by Roger Ross Williams, was nominated for an Academy Award and has been screening across America since late last year. Williams is gay and explains: “I grew up in the black church. My father was a religious leader in the community and my sister is a pastor. I went to church every Sunday and sang in the choir. But for all that the church gave me, for all that it represented belonging, love and community, it also shut its doors to me as a gay person. That experience left me with the lifelong desire to explore the power of religion to transform lives or destroy them.” His incredibly brave film shows how certain US evangelicals move their money and dogma from the US to Uganda. Williams documents how these evangelicals are promoting and funding homophobia both in Ugandan churches and parliament. He shows footage of Scott Lively, who is currently running for Governor in Massachusetts and is well known for arguing gays were responsible for the holocaust, lecturing Ugandan Parliamentarians on how to counter the so-called “Homosexual Agenda”.  He captures naive white 20-year-old American men instructing wizened black 80-year-old Ugandan grandmothers how to live their lives in accordance with the Lord’s word.  He follows the flow of money from the International House of Prayer, in Missouri, to churches in Kampala where Ugandan pastors are seen to be mimicking the words of US evangelicals condemning homosexuality in God’s name.  Tragically these Uganda pastors are also building on US evangelical discourse to incite their congregations to perpetrate and justify violence.  A Ugandan pastor stands on a stage in a field before a congregation and as part of the sermon condemning the sexual perversion of homosexuals shouts through a loudhailer, “Those who are ready to kill those who are homosexual, hands up!” Everyone’s hand shoots up to volunteer.

Williams explains that he made this film because he was “curious about the people who wanted to kill” him.  He couldn’t understand how when he met both US and Ugandan evangelicals they were so “polite”, “agreeable” and “charming”.  He couldn’t make sense of this contradiction – a polite, agreeable, charming killer? In the courageous act of trying to understand what drives hatred Williams has shown the dangers of assuming words have the same meaning in a different context.  His message is that America needs to think about the unintended consequences of its words and its aid.  As the protagonist in the film, Reverend Kapya Kaoma, explains: “usually when people are putting their money in the collection plate at church, they don’t know where this money is going.  They see this poor face of an African child – the same money which a person would have given in good faith to help is used to destroy people’s lives in various parts of Africa”. Williams rightly draws an analogy with Joseph Conrad’s Heart of Darkness where the white man journeys to Africa filled with the imagined darkness and evils of black Africa only to find the real darkness and evils are within himself.  Or in Williams’s case – as he puts it: “I, a black man, made that journey to Africa and found – America”.

In contrast Witness Uganda portrays the existential angst of a young gay African-American who haphazardly takes himself, and eventually his charity, to Uganda to try and educate Ugandans.  It is a colorful musical created by Matt Gould and Griffin Matthews – partners in life and work. Gould and Griffin tell the semi-autobiographical story of Griffin going to Uganda in his 20s only to find nothing as he expected.  He went to help and then found that the pastor running his gap-year project, to build a school, was corrupt.  Committed to doing “good” Griffin ran away and semi-adopted a team of orphans, who had lost their parents to AIDS, and needed a teacher.  Where Williams examines the harms of aid in cross-continental relations, Gould and Matthews lament that “giving is complicated”. There are no surprises and the musical ends with everyone living happily-ever-after.  Gould and Matthews now fund the education of orphans on a more permanent basis.

The unspoken issue throughout Witness Uganda is Griffin’s sexuality, which he reveals in the penultimate scene, to one of his now adult orphan students.  Instead of this revelation being an opportunity for tragedy (the student rejects Griffin despite his years of love commitment) or transformation (the student accepts Griffin because of their shared love and integrity), they agree never to talk about it again.  Witness Uganda unwittingly suggests that any revelation of gayness in Africa is a problem.  Although in some ways this could be correct – a revelation of gayness is equally problematic in most parts of the world as gay people fear rejection from family and friends regardless of the degree of protection a country’s laws might (or might not) give them.  Part of coming out and staying out is not only to self-actualize but also to occupy a political space – something which Griffin ultimately fails to do in Uganda.  The tragedy of this is that as a result of the Ugandan law Griffin is now criminalized along with his student for failing to report him to the police for being gay.

I attended the question and answer sessions of both productions.  I am a South African lawyer working on sexuality, law and governance in Africa and was interested in the audiences’ responses.  After God Loves Uganda, a middle-aged white American woman asked how it is that she could help.  I was struck at how well Reverend Kaoma (who was one of the panelists that night) answered the question.  He very politely asked the women not to help Uganda but rather to turn her attentions home.  He encouraged her to do whatever she could to prevent US religious institutions from spreading hatred in other parts of the world and finding ways to hold them accountable for their actions abroad.  After Witness Uganda, a Ugandan man stood up and carefully asked Gould and Matthews if they had thought about the “unintended consequences” of their giving. The question stood out because it was so different to the other questions (which were mainly affirmations that the show reflected a common experience of travelling to Africa to help – whether it be as Peace Corp volunteers or non-profit donors working abroad).  He seemed to be suggesting that there may have been harms which came from Griffin’s haphazard attempts to help.  The show had suggested that nothing but good comes from giving, so why else ask about unintended consequences?  Having lived and worked in South and Southern Africa my whole life I know that aid can, at the very least, be disruptive and questions like these need to be listened to for what may be implied rather than what is said directly.  To generalize: Africans, including Ugandans, do not publicly confront a person with whom they disagree as this would be considered rude.  So in listening to the polite, but firm, question from the Ugandan he seemed concerned about the unknown disruption and harm that Gould and Matthews project, or others like theirs, might be causing. This is unsurprising to me as I have witnessed many a development project which funds interns’ summer-break holidays more than it funds services in the host country. And then, to make matters worse, these projects might unintentionally disrupt services or systems in the host country.  Gould and Matthews could unfortunately not provide the Ugandan with an answer.

Although Witness Uganda is entertaining it doesn’t move past the axiom that “giving is complicated”.  In contrast, God Loves Uganda thoughtfully takes audiences on a global political journey from Missouri to Kampala, from dark to light and light to dark and back again.  It demonstrates the real risks associated with giving.  It sends a message that giving needs to be done carefully as it will always have an effect.  The only way to safely give is to do it carefully and to know where the money is going and what it is being used for.

This responsibility applies equally to not giving. Withdrawing aid requires knowing where the money is not going and why.  There must be strategic withdrawal of aid not general withdrawal.  How else can powerful governments and banks avoid harmful unintended consequences of not giving? Where the US and the World Bank say they are reviewing their assistance programs and development objectives as a result of Uganda’s law they need to be sure they can justify withdrawing specific types of aid.  This would be the case, for example, where US money is being used to deny gays and lesbians access to health care services or where US money has been or is being used by organizations which vocally support the Anti-Homosexuality Act.  The Dutch government has adopted this approach and has sensibly withdrawn aid from the Ugandan justice sector.  Without this the Dutch would be accomplices to the crime of jailing gays and lesbians for love and consensual adult sex. Let’s hope over the next weeks and months that Obama and Kim follow this example.  By knowing what aid is being withdrawn and why, the US and the Bank have an opportunity to send a clear value-driven message that those who are complicit with the Ugandan government in needless persecution will not benefit from the generosity of Americans.

October 7, 2012 Comments Off on OPINION: Foreign students weigh in on American culture 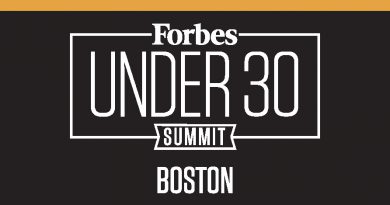 October 13, 2018 Comments Off on Venture Capital: Another Gender Pay Gap 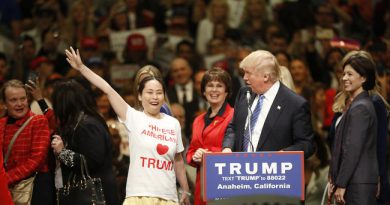 November 14, 2016 Comments Off on Donald Trump’s Victory and the Generational Divide within the Asian American Community