In his classic book A Nation of Immigrants, which was posthumously published in 1964, President John F. Kennedy recognized that virtually all Americans are immigrants. In his address to the 50th Annual Meeting of the Anti-Defamation League, JFK referred to America as “the great experiment, a testing ground for political liberty, a model for democratic government.” “Although the first task was to mold a nation on these principles, here in this continent we would also lead the fight against tyranny in all continents,” he said.

“This is a great inheritance… to realize that we are the descendants of forty million people who left other countries, other familiar scenes to come here to the United States to build a new life to make a new opportunity for themselves and their children,” he continued. “I think it is not a burden but a privilege to have the chance to share that great concept among all of our people. To make this really as it was for them a new world, a new world for us and indeed for all those that look to us,” he remarked. “That is what this country stood for 200 years and this is what this country will continue to stand for,” he concluded.

However, the study of US immigration history demonstrates that immigrants have not always been welcomed with open hands. The US enacted many policies that restricted the inflow of new immigrants. Yet something amazing happened. Despite these obstacles, the number of immigrants kept on rising. Today Americans easily forget that they are a nation of immigrants. But it is quite true.

Elon Musk was born in South Africa. He moved to the US, studied business and physics at UPenn and later co-founded PayPal, Tesla and SpaceX. These companies have undeniably defined American society. “There is no part of our nation that has not been touched by our immigrant background,” JFK noted. First or second-generation immigrants founded over 40% of all US companies. Their companies turn over trillions of dollars in revenue and employ millions of people.

However, although the US economy grew in real terms by about a quarter in the past decade, H1-B work visas and Green cards retain caps. The cap for H1-B visas is 85,000 and for the past two years those visas ran out in less than a week. The low figure of temporary work visas is even less understandable in light of the fact that high-skilled immigrants only account for 3% of the US workforce. Besides the ratio of temporary workers to permanent immigrants is rather low compared to other OECD countries.

Every year American universities attract hundreds of thousands of foreign-born students. The government issues about 500K F-1 students visas every year. Yet there is no simple system in place for students to seek temporary visas upon graduation. The Optical Practical Training (OPT), a one-year work authorization, expires after a year, leaving students in search of another visa.

H1-B’s are also hard to obtain. Not only does one need a bachelor’s degree, be a skilled worker, work in what is defined as a “specialty occupation”, but one also needs to leave the country if the job is lost. Students are invited to study and then forced to leave.

In the meantime, the global shift in economic power increases the competition for talent around the world. Future immigrants will have more choices. More choices translate into more competition among nation-states for the best and brightest. Therefore, negative consequences of a complex, overburdening immigration system, should not be underestimated.

JFK talked of the secret of America as “a nation of people with the fresh memory of old traditions who dared to explore new frontiers, people eager to build lives for themselves in a spacious society that did not restrict their freedom of choice and action.”

Unfortunately, Washington fails to take action on immigration reforms. What we need is less talk, more action. A faster, globalized world demands solutions now. A simple system that straps unnecessary rules and increases quotas for temporary work visas. Americans need to embrace that they are a nation of immigrants. 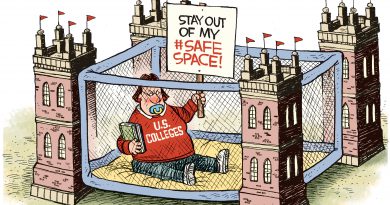 You’re Already in a Safe Space

October 7, 2016 Comments Off on You’re Already in a Safe Space 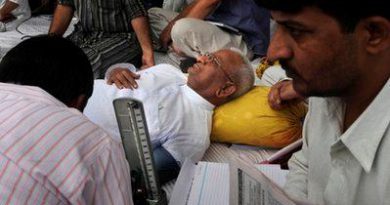 A movement for change collides with principles of democracy

October 4, 2011 Comments Off on A movement for change collides with principles of democracy

Steve Jobs: Remember the good and the bad

October 8, 2011 Comments Off on Steve Jobs: Remember the good and the bad