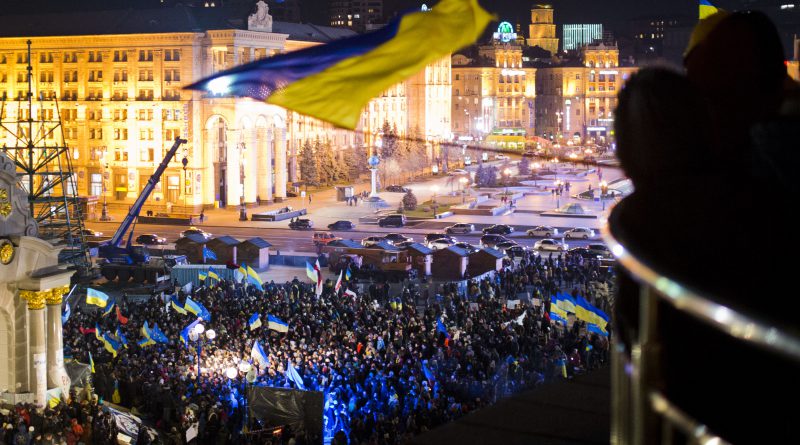 For the last 23 years, since the breakup of the Soviet Union, Ukraine has been struggling to become a democracy. The Ukrainian constitution outlines a system with a representative democracy, where people elect the representatives, president and the parliament who run the country on their behalf. But unfortunately the system of checks and balances (as well as institutions intended to ensure fairness and transparency) do not work.

Corruption and abuse of power are rampant. The government colludes with big business, which controls the parliament and the mainstream media. The courts are corrupt.

In these conditions, people with access to power rob the country blind with impunity and the system has eliminated any peaceful ways for anyone to fight it. So the country is run for the sake of the “elites” and not the people.

So it is no surprise that last November Ukrainians revolted against the system. Millions protested and dozens lost their lives fighting for a chance at having a fair and just society.

Now the old regime is gone and the opposition is assuming the top government positions. But these are not new faces: They are the product of the old system with old connections, old values and old perspectives on life.

Most of them do not represent what the protesters stood for. They were able to put themselves in front of the movement and piggyback off its momentum. For the time being, this is the best that we have, but there is a grave risk that instead of the needed fundamental system rebuilding; only a cosmetic change will take place.

Without the real reforms, Ukraine will not survive in the long run especially with aggressively-acting Russia invading Crimea and constantly attempting to further destabilize the situation.

There has to be an entity which can watch over the system in order to make sure that necessary reforms take place. The only candidates for this difficult job are the active citizens of Ukraine. The ones who pay attention to their surroundings, ask questions, demand answers and do something if the answers are not provided. Unfortunately, a strong and organized civil society does not really exist today in Ukraine.

Based on the aforementioned, we must conclude that the representative democracy is not the answer for Ukraine. We must not fall prey to yet again implementing the technical solution: Changing the president and the parliament and hope that they miraculously will start behaving differently this time around. What we need is to exercise the adaptive leadership and change the system itself.

Maidan, the name for the resistance movement and also the name of Kiev’s central square, has shown us the way. When the government disregarded people’s wishes about their EU future, they began protesting the president’s decisions peacefully.  As the government continued to ignore the protesters, Maidan labored through the brutal beatings at the hands of the goons, they stood up to the armed men shooting at them and they voluntarily died facing the sniper fire from the special forces. Eventually Maidan won and the government was ousted. It was an unfairly high price to pay, but it worked.

So we must building on the momentum created by Maidan 2.0 (Maidan 1.0 being the Orange revolution). Until the required reforms are implemented and corruption is addressed, the people of Ukraine must do all in its power to keep the politicians and the government fearing Maidan 3.0 when deliberating every action and decision.

Ukraine may not be ready for a Switzerland-style direct democracy just yet, where people themselves govern. But it is has shown to be quite capable of policing the government and the parliament, Maidan style. Ukraine will have to have a modified direct democracy, where wrong actions result in mass protests which continue until the wrong actions are reversed and the right ones are taken instead.

I sincerely hope that there will be no more violence and the people can voice their disagreement peacefully in the future as they train the system to act differently. At the same time, they must be ready again to go as far as it takes to fight for justice and freedom.

After all freedom is not something you are given it is something that cannot be taken away from you.

Roman Rubchenko is a Ukrainian native who worked in management consulting with The Boston Consulting Group and as a senior project manager for the Foundation for Effective Governance before enrolling at the Kennedy School, first in an executive education program and then as a mid-career. From 1996-1998, he was a member of the men’s national basketball team in Ukraine. 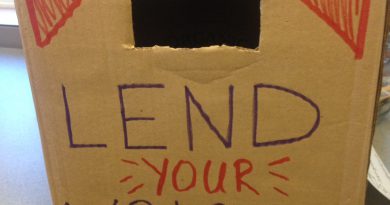 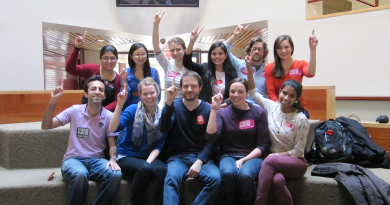 If not now, when? Speaking up for change