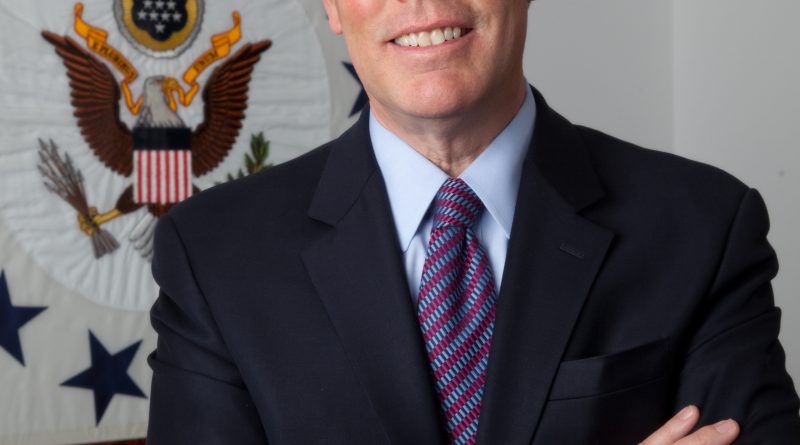 With the academic year coming to an end, the HKS student newspaper, The Citizen, invited Professor Nicholas Burns to offer his thoughts on global affairs.

Burns is the Professor of the Practice of Diplomacy and International Relations at the Harvard Kennedy School of Government. He is the Director of the Future of Diplomacy Project and Faculty Chair for the Programs on the Middle East and on India and South Asia. He served in the United States government for twenty-seven years.  As a career Foreign Service Officer, he was Under Secretary of State for Political Affairs, the State Department’s third-ranking official, from 2005 to 2008.

The Citizen: Regarding the situation in Ukraine, what is your assessment of President Vladimir Putin’s motivations and the strategies used by the United States government? Are they effective?

Burns: It is clearly the most serious security crisis in Europe since the end of the Cold War a quarter of century ago. It is not a repetition of the Cold War, but it has certainly unleashed Cold War passions. It risks dividing Europe again. Therefore, I think it has become one of the two or three most important foreign policy challenges of the remaining years of President Barack Obama’s time in the office. President Putin is following a clear strategic path. He is determined that the countries that lie to the south and west of Russia shall not be linked in any permanent way to NATO or the European Union. That is why he invaded Georgia in 2008. That is why he has effectively intimidated Armenia, Moldova and Belarus from joining or adhering to NATO and the EU on a permanent basis. That is why he is taking actions in both Crimea and Eastern Ukraine.

Ukraine is a special case. Russia has long had a symbiotic historical, social, political and economic relationship with Ukraine. Their union goes all the way back to Kievan Rus more than a thousand years ago. And Ukraine, of all the former Soviet Republics, is by far the most important to Russia. President Putin is trying to construct a band of buffer states along his border to separate the Russian Federation from the European Union and NATO. The Western response has been haphazard. President Obama and Chancellor Merkel have made the correct decision not to turn this into a military confrontation between Russia and the West. NATO has no security obligation to Ukraine. But that also means that they are starting from a weak position relative to Russia. Their leverage potentially would be combining European and American sanctions against Russia, but we have seen that the sanctions have been very modest. That is because of the divisions within Europe and divisions between Europe and North America on what to do.

The one thing that the U.S., Canada and Europe are free to do is to reinforce NATO. That is why the Americans are sending F-15s and F-16s to Poland and the Baltic countries. This symbolic number of troops is meant to convey to President Putin an unmistakable message – NATO’s collective security guarantee to all of its members, including Estonia, Latvia, Lithuania and Poland, is going to be met.

This is a very profound crisis indeed.

The Citizen: If Russia takes more provocative actions in Ukraine, how would Ukraine and other countries respond?

Burns: You are not going to see a military response by NATO against Russia in Ukraine. Again, NATO has no security commitment to Ukraine. Ukraine is a partner of NATO, but not a member. Second, the U.S. and Russia are nuclear-weapons powers. It would be catastrophic and very unwise for either Russia or the U.S. to transform this into a military conflict. You won’t see that happen. President Obama has made it unmistakably clear that he is not going in that direction. So that leaves the economic measures, sanctions, building up NATO, and reinforcing and supporting the Ukrainian government economically and politically, as the measures that Europe and North America are taking.

The Citizen: Shifting topics, if in 10 or 15 years China’s economy size surpasses U.S., how would that play out in terms of the global geopolitics?

Burns: The U.S.-China relationship is the most important relationship for both countries for the next half century. The relationship is going to be tested by two competing and contradictory objectives. On the one hand, we will be very close partners and work together in confronting many of the transnational challenges, from climate change, to drug and crime cartels, to terrorism, to nuclear proliferation. Also, we have a very close economic relationship. So we have to be partners. But we are also going to be competitors for power, particularly in the Asia-Pacific region.

The U.S. has been the predominant military power in the Asia-Pacific area since the close of World War II. China is now clearly trying to expand its military and strategic influence in the South China Sea, for instance. So, the challenge will be balancing the partnership part and managing peacefully the competitive part of the relationship. That is how I see it. The two will have to be balanced very carefully. China is very important to the U.S.

China has had a meteoric economic expansion and rise as a global power in the last 30 years – unrivaled in modern history. If China passes the U.S. in GDP in the next few years (that is not a sure thing), it would be a significant symbolic milestone. But that would not necessarily mean that China will surpass the U.S. either in economic power or all dimensions of power. A more meaningful metric for economic success is per capita GDP. China is still very far behind the U.S., Japan and Europe in that regard. China is also right now a regional power in the Asia-Pacific region, and has a substantial presence in Africa and Latin America. But China has clearly signaled that it does not yet intend to exercise great power leadership on a global basis.

The U.S. and Europe should want China to share some of the burden of trying to stabilize the global order. But China seems very reluctant to do that on crisis after crisis. On Syria, China is not fundamentally engaged. On Iran, China is probably the least active among the P5+1 members. Only in North Korea, right on China’s borders, do we see the kind of leadership role that a great global power must take. So it is fair to say, in my judgment, that China will not surpass the U.S. in total power – political, military, economic – for many decades into the future.

The Citizen:  What kind of role for China in Asia-Pacific is acceptable to the U.S.?

Burns: It is not for the U.S. to determine the exact dimensions of China’s role. China lives in the Asia-Pacific and is one of the great civilizations in the region. It is going to play a major role. We are not in the containment business. This is not 1949 when the West sought to contain Mao and Stalin’s power. China is so highly integrated with the rest of the world that it would be impossible, but also undesirable, to contain China. We need China’s leadership in the world, especially in Asia. China has taken a frontline role, for instance, in North Korea. We depend on the Chinese to limit the adventurism of the North Korean regime.

You are seeing a reassertion of U.S. strategic power in East Asia after President Obama’s 2011 speech in Canberra where he called for a pivot or rebalancing of U.S. strategic attention to Asia. There is the new agreement with the Philippines that President Obama signed to station American forces there. There is the decision to reinforce Andersen Air Force Base on Guam. The U.S. is sustaining its military presence after well over a half century in South Korea and Japan. It is building strategic military ties with Australia. The U.S. is also seeking to reinforce the American alliance system and to create new security partnerships with Indonesia, Malaysia, Singapore and India. This is all a hallmark of the Obama administration. I agree with it. This tells me that the U.S. and China need to have a very close, strategic dialogue and that our leaders need to meet more frequently than they currently do. They have to try to build a measure of trust between them.

Together, we are going to be the two most important actors in the Asia-Pacific region. The goal is to be partners when we can, to limit or manage the competition between us, and at all costs to avoid wars between us. That is a supreme goal for Washington and Beijing. That is also a very challenging test for both of us.

Teaching has been undervalued at HKS, but change may be on its way

February 28, 2012 Comments Off on Teaching has been undervalued at HKS, but change may be on its way

October 25, 2012 Comments Off on Students prepare for simulation 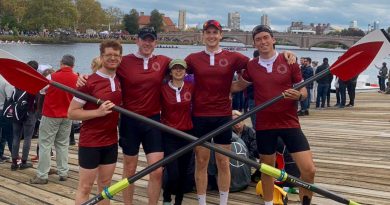