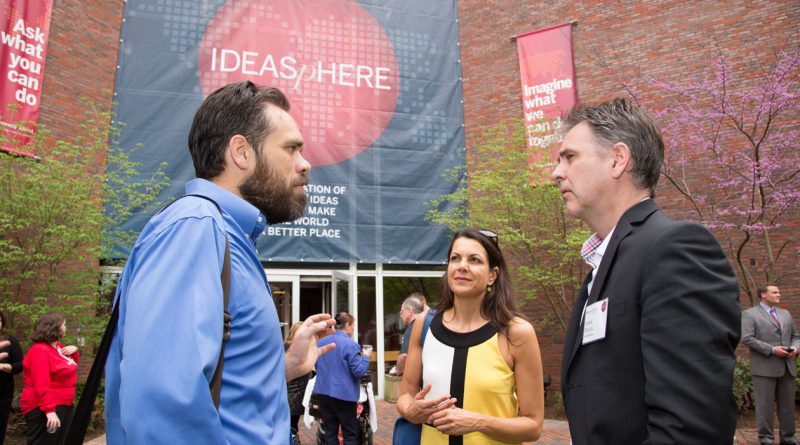 A few weeks ago, Dean David T. Ellwood and University President Drew G. Faust shared the Forum with two heads of state to launch the “Campaign for Harvard Kennedy School”. With a goal of raising $500 million, the campaign will allow HKS to provide a new level of leadership and innovation, while bringing meaningful and positive change to the world.

The school was packed for the the two-day launch event affectionately branded as IDEASpHERE, which drew together high-ranking dignitaries and civil servants, social entrepreneurs and non-profit leaders, businessmen and women, scholars and practitioners, alumni and friends of HKS to celebrate the campaign launch and to explore how the Kennedy School can best address the many challenges that confront our world.

Dean Ellwood emphasized the school’s aim to educate and empower students to make a difference. He said, “I am convinced the Harvard Kennedy School must (and will) answer the increasingly urgent call for exceptional public leadership. If we can’t, what place can? And if we won’t, who will?”

Calderón called on the United States to use its power to make a difference globally, and concluded the forum event by giving advice to new HKS graduates.

“The most important recommendation is to believe in something and have an honest motive in your life,” he said. “Once you pick the right motive, fight for it with all your heart.”

The Campaign for Harvard Kennedy School is raising funds to bring extraordinary students from across the country and around the world to Cambridge. To date, HKS has raised $336 million toward a goal of $500 million. Campaign priorities include transforming teaching and learning, generating ideas to solve the world’s most pressing public problems, supporting faculty, creating new spaces and renovating existing ones while also supporting the School’s research, teaching and engagement with the world.

KSSG Elections: Students Share Their Vision as They Vie for Votes