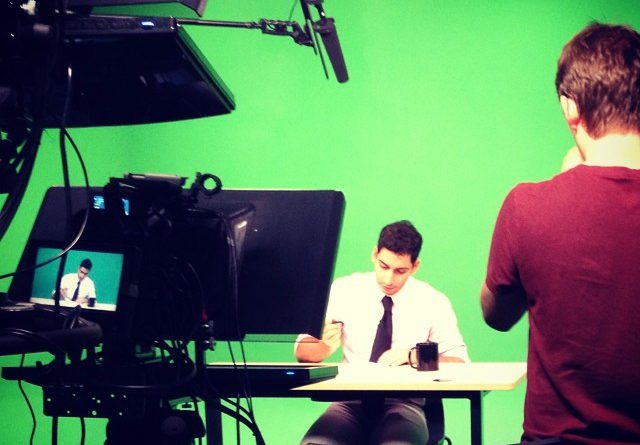 Harvard Kennedy School’s Kousha Navidar and his team have launched a new YouTube satirical news series called “Bad News.” Navidar, a second-year MPP student, sat down with The Citizen to talk about the series and his experience so far.

Q: For the uninitiated, what is “Bad News”?

“Bad News” is a satirical news show at the Kennedy School. Think of it as “BBC meets 60 Minutes meets Dora the Explorer.” It’s filmed on campus and released each Friday on YouTube. The Bad News Team’s goal is to make sure you’re laughing and learning about important issues…by any means necessary. Sometimes that means we do statistical analysis; other times we have to photoshop President Obama’s head on Rambo’s body. So far we’ve covered topics like ISIS, Rick Perry’s indictment, and Kim Kardashian’s selfies.

Since the episodes are only three to eight minutes long, they are easily digestible.  The episodes are the perfect cap to your week when you’re tired, you still want to learn something, and you mostly just want to smile.

Q: What was the inspiration for the series? How do you think the Kennedy School played into the formation of the series?

Before HKS, I had this wildly impracticable dream of creating a perfect comedy news show, but I kept delaying the idea because I was afraid to fail. So the kernel of an idea was there, but Professor Mele provided the microwave. One day in class we talked about crowdsourcing. Specifically, how online platforms enable sites like Wikipedia to develop vibrant communities who embrace imperfection in the pursuit of something beautiful. I thought, “I wish this existed for aspiring political comedians…Screw it, let’s make something happen.” So, I decided to start something that could become a playground for anyone interested in making the world laugh and learn about itself. It wouldn’t have been possible without the support from generous people all around the HKS and Harvard community, as well as the amazing team of writers, editors, and producers that help make each week’s show.

Q: What’s been the most surprising thing for you so far as you’ve launched the series?

Definitely the huge overlap between comedy and econometrics. Quick story: We did a segment investigating racial bias in the U.S. judicial system, inspired by the turmoil in Ferguson this summer. While I was researching for the segment, I read a report from the U.S. Sentencing Commission that presented some statistics as confidence intervals. At first, I was hesitant to use API-201 for comedic purposes. But then I confidently thought to myself: it’s finally time to actually “explain data to someone who’s intelligent but not well versed in statistics.”

Q: What do you have planned for the coming year? What’s next in store for “Bad News”?

The first big plan is about you, dear reader! We’re opening up the studio for an hour each week so people can come watch and participate in the actual filming of the show. Second, we want to add an interview component where experts from the Harvard community can come talk on the show about whatever issue we’re discussing that week. Third, we want to expand the crowdsourcing element for some segments: People who watch could actually pitch ideas, and maybe one day get paid if their jokes make it on the air!

Q:  In the show, you break down the day’s news stories with the aid of humor and often puppets. How has the reception been to the show so far?

People seem to get a kick out of Bad News’ take on policy issues, and we’ve been getting a fair amount of praise. Just as important, my whole team has been so grateful for all of the genuine feedback we’ve been getting from supporters about how to make people laugh and learn even more. Like any new venture, the show is still finding its legs. We’ve made huge bounds in just two months. From the outstanding work ethic I see in my team and the overwhelming support we’ve gotten from our community, I smile when I think of what’s possible.

Q: How can students learn more about the show? Is there a way for students to interact online or in-person?

If you have ideas for segment topics, leave them in the comments of the most recent videos.

Want tickets to a live show? Go to http://bit.ly/BadNewsTix. Finally, we’re looking for people to help out with everything from writing jokes to throwing glitter. If you have a funny bone to pick, go to http://bit.ly/MakeBadNews. We really appreciate any help, and no comedy experience is necessary! 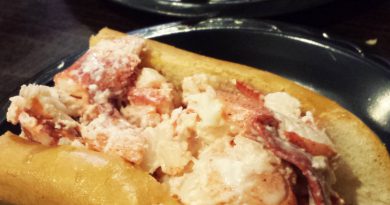 Paul’s: On a Lobster Roll 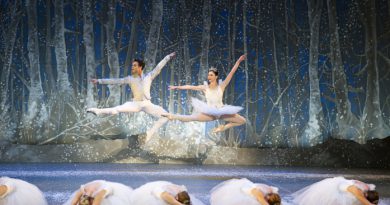 January 4, 2012 Comments Off on ‘The Nutcracker’ gets a dazzling new paint job by the Boston Ballet 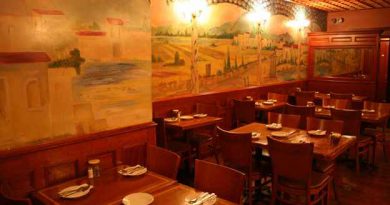 November 25, 2013 Comments Off on Great Italian Food Found in the North End