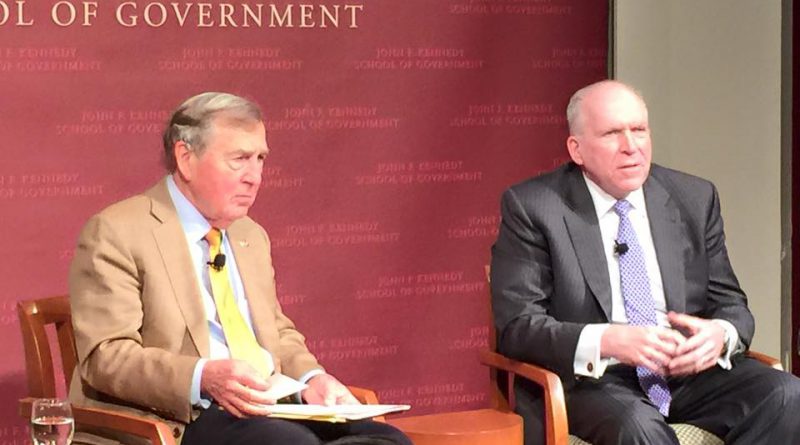 “I have the world’s best job,” remarked John Brennan, the Director of the Central Intelligence Agency (CIA), in a rare on-the-record conversation at the JFK Jr Forum on Tuesday. He briefly spoke why he loved his job: “I get to work with some of the most intelligent minds of this country.”

He immediately moved the conversation to some of the most pressing global challenges and how the CIA operates every day to provide accurate information to the U.S. policymakers.

Graham Allison, Director of the Belfer Center, moderated the conversation.

Mr. Brennan said he was surprised over the Iran nuclear deal because Iran had conceded to so many demands that was until recently considered impossible but he also cautioned that the United States should still keep an eye on Tehran because the Islamic regime had had a track record of sponsoring terrorism and funding insurgencies in different countries. The nuclear deal does not mean that Iran has completely given up its policy of supporting terrorism. The recent deal is not only between the United States and Iran but with P-5+1 (USA, UK, Russia, China, France and Germany). The violation of this deal will amount to violating an international agreement.

The CIA Director said the United States was safer today than yesterday or the day when terrorists linked with Al-Qaeda attacked New York and Washington DC on September 11, 2001. However, terrorist are still out there to harm the United States. Recalling the lessons learned from the Boston bombings, he said terrorists no longer required big infrastructure to cause terror. A small group of people could perpetrate big terrorist attacks because they were also applying technology and social media to plan their strikes.

Mr. Brennan said the failure of the regional governments in the Middle East after the Arab Spring to ensure stability had caused the rise of the Islamic State of Iraq and Syria (ISIS). He insisted that Daesh, the terrorist outfit’s name in Arabic, not ISIS, appropriately described the terrorist organization that has engaged in widespread human rights abuses, including the kidnapping and beheading of American nationals. He described Daesh’s anti-Shia stance as the main feature that distinguished it from Al-Qaeda. The CIA chief feared that the ongoing wave of violence would continue for at least two more years. He refused to call ISIS operatives “Islamic extremists”. “They claim to be Muslims. But they are not Muslims. They are murderers, tugs,” he said.

The CIA top boss rejected the impression that the drone strikes were responsible for mass killing of civilians. He termed such reports as “propaganda from the enemies of the United States”. Drone strikes have decreased in the recent times because the core of Al-Qaeda leadership in the Af-Pak region has been dismantled.

He acknowledged that the CIA had made “some mistakes” without using the word “torture”, a investigative method for which the Congress and human rights groups have berated the premier intelligence agency.  He said CIA’s successes  outnumbered its failures.

“Will we make mistakes sometimes? Probably,” he admitted, “But the Agency has a lot to be proud of, and I’m proud every day to be leading it.” 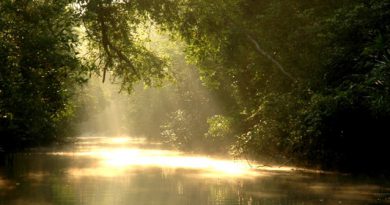 Saving the Sunderbans, one of the world’s most endangered ecosystems can improve Indo-Bangladesh relations

September 20, 2011 Comments Off on Saving the Sunderbans, one of the world’s most endangered ecosystems can improve Indo-Bangladesh relations

A Case of Mistaken Politics

January 31, 2012 Comments Off on A Case of Mistaken Politics 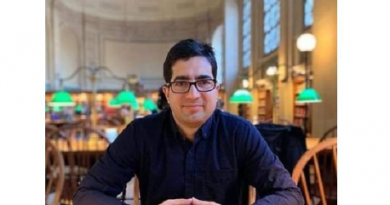