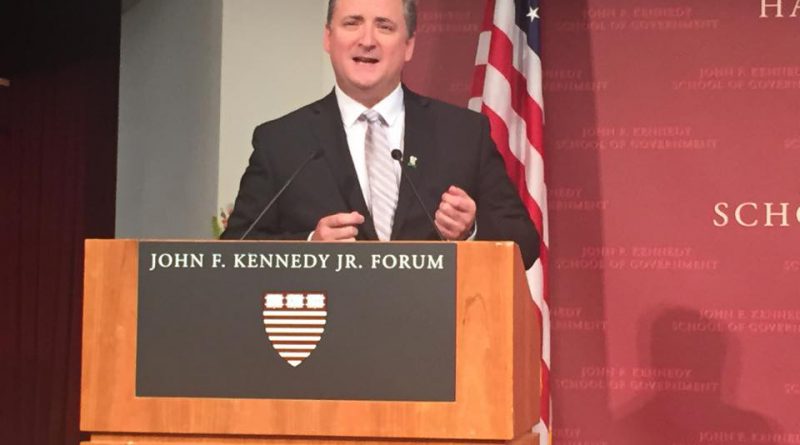 My Father instilled in me the virtues of public service from a young age. He exemplified qualities I can only aspire to have and taught me that it is a privilege to serve and that resilience – unrelenting determination – can make dreams come true.
In 1992 I was an undergraduate at the University of Queensland (UQ) and I vividly remember the Fulbright Scholarship winner being announced. She received First Class honors in commerce and law and a University medal for each degree too. She was Harvard bound. I was in awe.

The next year America’s Golden Key International Honour Society came to Australia. Golden Key recognizes academic excellence, promotes and participates in community service encourages interfaculty networking. I was elected UQ Chapter President and then inaugural Australian Student President. After attending the international convention in San Francisco, I decided to fly to New York and walk up and down Wall Street and “create something”.

As I boarded my flight that August afternoon, I had no plans of where to go upon my arrival. As we were about to depart the vacant seat next to me was filled. The man sat down and said “G’day mate!” and after a few seconds we worked out he had been a couple of years ahead of me at school in Brisbane, Australia. Through him I went to his cousin’s house in New York, collected my thoughts and booked a hotel. The YMCA. It was basic.

From that base I walked onto Wall Street and strode into the biggest investment banks in the world and confidently introduced myself to bewildered executives. They looked at me stupefied and were in shock at my audacity – yet intrigued. I persisted and kept going until one firm offered me a winter internship starting in December.

I flew back to New York and returned to my “beloved” YMCA. That first night I heard some screams and banging outside my room yet in my jet-lag induced semi-comatose state, fell back to sleep. The next morning I awoke to find police tape across the door of the room across the corridor and blood splattered over the carpet. I was told it was murder.

The next morning I was accosted in the YMCA shower by an angry man who believed his soap was stolen. As his hand entered my shower cubicle I instinctively handed over my lathered soap. I decided then and then I was out of there. My colleague – living in a small one bed apartment – offered me some carpet and one cushion. That was my bed and my back’s enemy for a week. Being a student and with an unfavourable exchange rate of 3-1, it was tough living from day to day.

Fortuitously, I was given my first assignment in Boston at Morgan Stanley and was put up at a place called… the “Four Seasons!” As I walked into my suite I found a king size bed and a book entitled The Best Hotels in the World and Boston Four Seasons was there. My resilience had got me from the dingy YMCA to the Four Seasons!

During my internship I visited the Harvard campus and thought “one day I will be here”. I also discovered (through the aid of American colleagues making a big deal of it) that I had a very good memory. (In 2002 I subsequently broke a Guinness World Record, competed for Australia at the World Memory Championships and in 2012 won the Australian Memory Championship)
Returning to Australia I commenced my postgraduate honors year in economics and finance. It was the best and worst year of my life. Earlier in the year I was so proud when Dad received the prestigious “Public Service Medal” in the Queen’s honors list. Just a month later he was diagnosed with cancer. Then just a few months after that diagnosis and operation he was involved in a tragic accident. I searched for my Dad for several hours. I finally found him. I tried desperately to save him but I was too late. He was dead. I had lost my best friend and mentor. My life had changed forever.

I lost my Dad just a couple of months before my thesis was due. Somehow I drew on a strength – a resilience – that I cannot explain. I worked for 8 days and 8 nights straight – without sleep – to finish my thesis. I ate while working and only paused to take a shower. I received First Class Honors and topped my course.

While I always admired Dad and wanted to be like him I was independent too and wanted to forge my own path. I started working at Pricewaterhousecoopers in Australia and then worked in banking in London. In my first year in London, the Sydney Olympic Committee for the Olympic Games (SOCOG) chose me to be an Olympic Torch Bearer. On route back to Australia I was caught in an earthquake in Japan, but made it through.

During my next nine years in London I volunteered extensively including for five years at the Samaritans – a well-known UK charity providing support for people who are actively suicidal.

Then my Mom living back in Australia was diagnosed with Alzheimer’s disease.

I ceased my career and spent four years as her primary care giver. It was the hardest job I have ever had yet during this period I had time to reflect a lot. I realized what I had known all along. I derived a lot more satisfaction out of the voluntary work I had done than making people millions in banking and finance.

Following this revelation I co-founded a children’s charity Support Kids in Pain which supports, treats and educates kids suffering from debilitating chronic pain. I became a voice for the degenerative Alzheimer’s disease and promoted research and awareness and hosted my own weekly segment on prime time breakfast radio where I gave memory improvement training for free. It was a privilege to also give memory training to community organizations, nursing homes and schools.

Then one day I saw the HKS website and read about the Mid-career MPA program. It was a perfect fit. I took the GMAT and applied and was accepted. It took me 22 years of never giving up on my dream to make it to Harvard. I applied for a prestigious Fulbright Scholarship (the Rhodes Scholarship of America) and while not expecting it, was not afraid to “fail”. As icing on the cake, after several rounds and months of waiting I was chosen as a Fulbright Scholar (and written up just like I remembered that awe inspiring girl had been done) To put the cherry on top, Harvard then chose me as a John F. Kennedy Fellow!

The year just gone was immensely rewarding but a challenge too. In my quest to serve I was elected the Executive Vice President of the Kennedy School Student Government. Personally, I left for Australia in December during fall semester finals to attend my Grandmother’s funeral. Mom waved me goodbye from the airport when I moved to Cambridge from Australia but now she has stopped talking and walking. This has been very hard to witness. In February, I had a curling accident and was knocked out for a minute. I then had weeks of severe headaches, dizziness and neck pain. In April I acquired pneumonia for five weeks. I have fought through these obstacles – as hard as I could – by being resilient. Somehow, some way, by believing it is possible and never giving up I achieved straight As for my program. I wanted to make my Mom and Dad proud and I hope they are. Such resilience can make any ordinary man achieve great things. If it can happen for me it can happen for anyone. 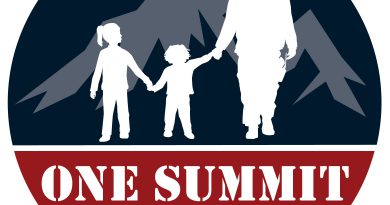 February 24, 2014 Comments Off on One Summit Helps Kids Fight Cancer 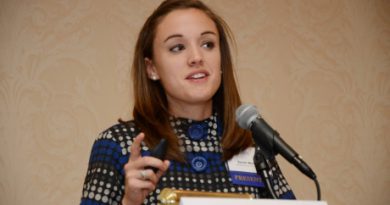 September 20, 2011 Comments Off on The New Moneyball