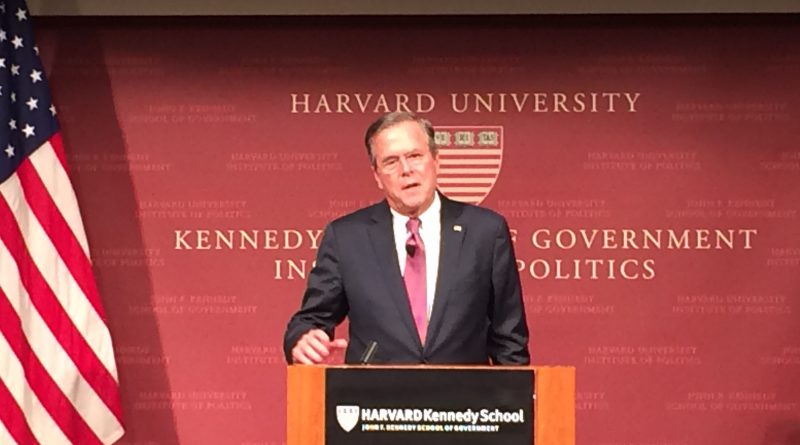 On Thursday, September 29, the Kennedy School was excited to receive former Florida Governor Jeb Bush. In a speech co-moderated by HKS professor Paul E. Peterson and Harvard University professor Ronald G. Fryer, Bush discussed the state of education in the US and potential avenues of reform. A passionate advocate of educational reform, Bush encouraged listeners to consider what change in the education system could look like and asked the audience, “If we weren’t doing it this way, how would we do it?”

Bush himself proposed a “bottom-up” approach to reform, or redirecting decision-making and financial power from outdated and overly bureaucratic government institutions into the hands of individuals. “If we give the poor the power to empower themselves,” Bush stated, “then we’ll see improvement. If we believe in people, then we will renew ourselves.”

In addition to his “bottom-up” proposal, Bush encouraged additional funding for students with learning and physical disabilities, reading coaches for elementary school students, universal pre-kindergarten, and increased support for minority and low-income students in the school system.

Beyond education, Bush also supported criminal justice reform, such as eliminating maximum sentencing for nonviolent crimes, and advocated for welfare reform that would give families the economic support needed to experience socioeconomic progress. Aware of the resistance to reform among those in his generation, Bush called upon those in the audience to bring America’s needed reforms to fruition, calling his generation “stuck in its ways.”

Despite his critique, Bush maintained an open air of optimism for the country throughout his talk, underscoring that by concentrating on solutions instead of problems, producing necessary reform, and working in bipartisan cooperation, the US could greatly alleviate poverty, produce high sustained economic growth and defend its proclaimed exceptionalism.

Bush, who will be making further appearances at the Kennedy School this semester as a visiting fellow at the Program on Education Policy and Governance, also discussed the current presidential election during the question and answer session following his talk. When asked his opinion on Donald Trump’s insistence on painting a strikingly negative image of America, Bush was critical of Trump, emphasizing that it is unsustainable for politicians to highlight problems without proposing solutions.

When discussing solutions, Bush stressed the importance of a new form of consensus building in DC, stating a firm belief that left-right coalitions remain the path to tackling America’s largest problems. Bush critiqued President Obama for not having done a sufficient job of bringing the two parties together during his tenure as he had promised to do when campaigning for president. Nevertheless, Bush remained positive that polarization has not gone so far as to prevent bipartisan cooperation in the future. 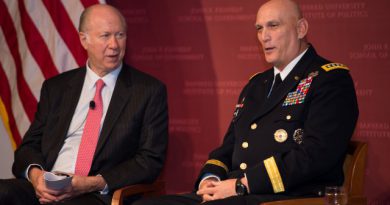 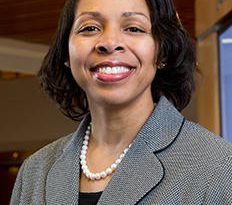 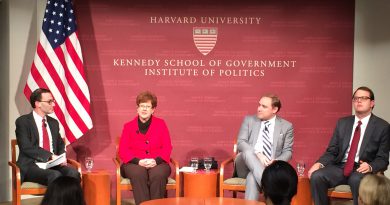