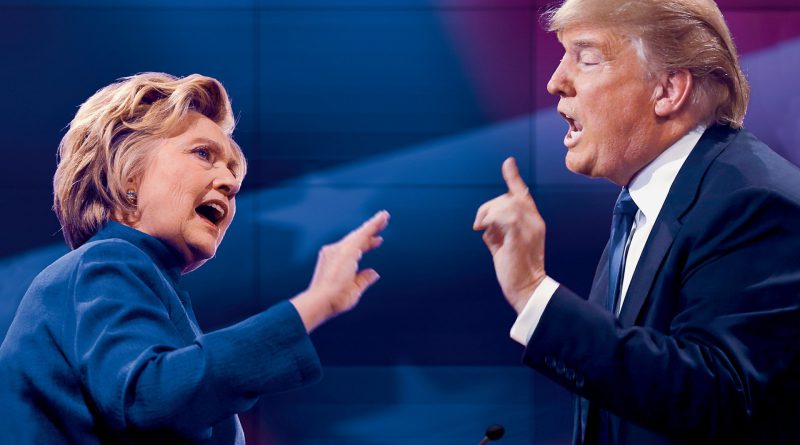 CAMBRIDGE, MASSACHUSETTS—At the Harvard election watching party, students were shocked as Trump pulled ahead of Clinton in the 2016 U.S. presidential race.

Students I spoke to were at a loss for words. Women dressed in all white Clinton outfits walked into the JFK Jr. Forum expecting to celebrate the advent of America’s first female president. Instead, they walked out in tears, hugging one another for moral support.

Some blamed the Department of Justice for the timing of re-opening the Clinton e-mail investigation. Others aggressively badgered students who voted for third party candidates.

Omar M. El-Halwagi (MPP ’18), who worked for the City of Houston before coming to HKS, told me what this election means for his community here.

“After keeping a positive outlook all night, I got into my Uber and was about to unleash a flood of tears. But I remembered my own strength. Our strength. We must use our voices to not only advocate for the policies we want, but to progress the values we believe in; to ensure that the most marginalized in our country are protected, and that the angriest factions of our nation have their fears quelled. I went to bed the same person I’ve tried to be for years, but with a renewed promise to do and be better for our country. For all of us. I know you all will do the same, inshAllah.”

Jake Viola (MPP ’18), who plans to run for office in Maine, told me about how it feels planning to enter a political system that has been shaken up by this campaign. “I can’t think of more than three people I personally know who voted for Donald Trump, but half the country did” Jake said, “And we should try to understand why that happened. I assume good motives in Trump supporters, and respect them even though I don’t respect some of the things Trump says.”

Jake continued: “We won’t progress by vilifying our fellow citizens who exercised their democratic right to vote or cling to this idea that ‘if only they voted this way’… Doing so ignores the real and surprising support of Donald Trump over Hillary Clinton. It’s going to be a tough road ahead, but let’s not turn against each other.”

British students at HKS who witnessed Brexit first hand said they were all too familiar with how seemingly impossible outcomes somehow become a political reality. “This feels like the day after Brexit. People sitting in our liberal bubble have to work out an effective way of genuinely engaging with the people who voted for Trump,” says John Simpson, a Harvard graduate student who worked for the Ministry of Education in England. He reminded Americans that “the only thing you can do is carry on and recognize that you are serving your country and not your party.”

Marie Lawrence (MPP ’18) told me that “there are at least two things to grieve and fear today: (1) the policies that President-elect Trump will advance while in office, and (2) the elevated possibility that the racist, misogynistic, and xenophobic views validated by this election result will continue to occupy a credible space in American political rhetoric.”

Lawrence tried to express how American women feel. “As we women move from grief to action, I think we have at least three charges—to continue to hone the technical skills that will make us competent leaders, to continue to speak and amplify the voices of people who have been silenced, and to find brave new ways to engage with people who think differently than we do, even people who question our ability to lead by virtue of our gender. Hunkering down and walling ourselves off from the millions of Americans who voted Trump into the highest office in the land will imperil our collective progress.”

A Colombian woman studying at Harvard who preferred to remain anonymous tried to capture sentiment of the Latin American community here. “It’s a call to look at who is around you and the differences we have in the world. We don’t hear the people who are around us,” she explained.

HKS professors reached out to their students, offering to listen to what was on their minds. Classes live streamed Clinton’s concession speech. Students in classrooms couldn’t go on with their days without listening to what she had to say. 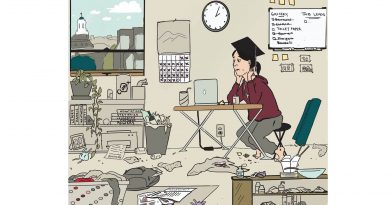 Things You Don’t Want to Think About, But Should 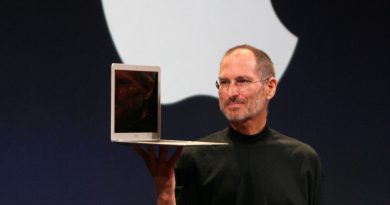 Legacy of an Innovator: An Epitaph to Steve Jobs