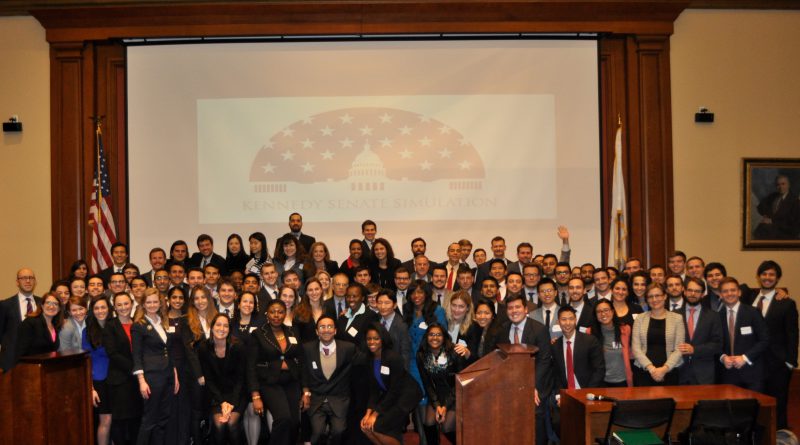 On Friday December 18th, over 100 students participated in the second annual Kennedy Senate Simulation, a simulation of the United States Senate hosted by the Harvard Kennedy School and the Institute of Politics.

The simulation was designed to give HKS students the opportunity to practice negotiating and debating fictional bills on the Senate floor. Students were assigned to play the role of either a senator, Supreme Court nominee, or as a member of the press. Kennedy School Student Government President Arohi Sharma played the role of Vice President Mike Pence, who presides over the Senate.

The simulation was set during the Trump presidency, on the date March 18th 2017. The negotiators ultimately passed with strong bipartisan support the Keystone Pipeline and an Authorization for the Use of Military Force to combat ISIL, but a proposal to confirm President Trump’s appointment of a Supreme Court Justice never left committee. Several Senators were concerned that the nominee held overly-liberal values on issues such as abortion.

The Keystone Pipeline bill was particularly contentious, as Democrats held a filibuster against an attached provision that would have allowed for the development of oil and gas in the Arctic National Wildlife Refuge. Ultimately, this provision was struck from the bill to secure Democratic support.

The negotiations had a significant “outside the table” element via the role of the media. Senators often sought the media to share their views, leak notes, or simply as a platform for airing their grievances. David Villarroel (who played Senator Ron Johnson, R-WI) took the role of the media particularly seriously, and used it a platform to advance a future Presidential bid. Others, including Spencer Sherman (Ted Cruz, R-TX) and Alex Maza (Bernie Sanders, I-VT), gave theatrical speeches on the Senate floor that were highly reminiscent of their real-life inspirations.

In his closing remarks, Negotiations professor Brian Mandell expressed that “the best learning occurs outside of the classroom,” and that this simulation demonstrated the “time, focus, and concentration” required to truly understand policy proposals. However, Mandell instructed students to carefully distinguish between the sacred and the pseudo-sacred, as in the case of the Keystone Pipeline bill.

Mandell advised the negotiators that during the incoming administration, they must not turn away from the political, emotional, and intellectual challenges that may emerge with a Trump presidency. He noted that policymakers must not be asleep over the next four years, and that they must “stay politically and civically engaged in a way that is politically comfortable.” He offered the Mandellism that “hope is not a strategy.”

“Many people talk about millennials as being entitled and out of touch,” noted Mandell. “As I’ve seen today, nothing could be further from the truth.” 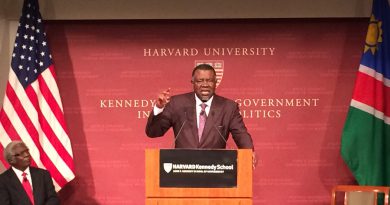 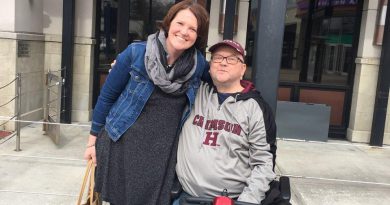