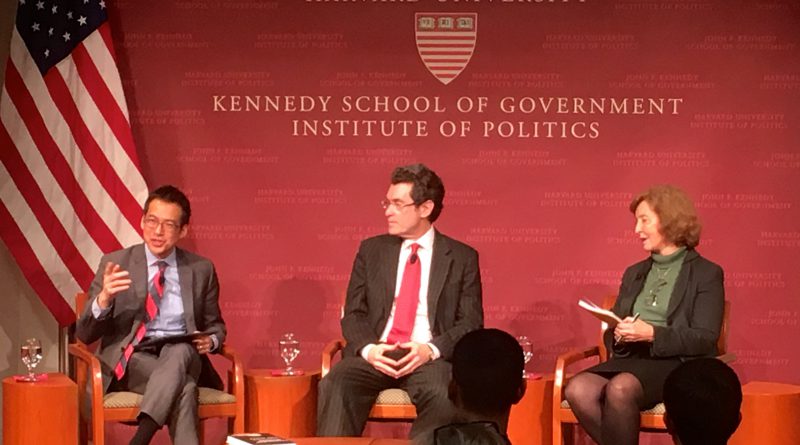 To discuss an issue made pertinent by President Trump’s recent executive order barring immigrants from seven Muslim-majority countries, the Institute of Politics hosted a conversation on presidential secrecy on Monday, February 6 at the JFK Jr. Forum. Moderated by the Kennedy School’s academic dean, Archon Fung, the discussion welcomed Mary Graham, co-director of the Ash Center’s Transparency Project, and Norman Eisen, former ambassador to the Czech Republic and Special Counsel and Special Assistant to the President for Ethics and Government Reform.

Prompted by Dr. Fung about why we should concern ourselves with secrecy, Graham emphasized the harm that a president’s use of secrecy can bring to a nation, citing not only the confusion that followed President Trump’s executive order banning immigration without prior notification to Homeland Security and State Department officials, but also President Clinton’s hiding his affair with Monica Lewinsky and President Wilson’s hiding the stroke he suffered while in the White House. All of these acts of concealment had negative effects on the American presidency.

Dr. Fung directed his second question to Eisen, asking if transparency ever worsens gridlock in American politics. In response, Eisen stated that the data “do not suggest that transparency is the source of gridlock,” referencing the Dodd-Frank Act, which was drafted in “an atmosphere of openness” and led to Democrats, according to President Obama’s estimation, receiving about 90% of the provisions they were hoping for in the Act.

When asked about the dangers of a Trump administration operating under a high degree of secrecy, both Graham and Eisen provided direct answers. Graham cited the inability to “stop in advance a president who acts in secrecy”—which leads to accountability only after damage has been dealt—and the absence of a requirement that presidents disclose their physical and mental health to the public. Eisen, on the other hand, was forthcoming about his fears that increased secrecy would breed increased corruption. Democracy, Eisen said, is the “diffusion of power from the hands of a few to the hands of many,” but presidential secrecy shifts power back into the hands of a few, and with power and secrecy come corruption. Regarding the Trump administration, Eisen was particularly concerned about the President’s concealment of his business relations with Russia.

When discussing recommended changes to the Trump administration’s approach to secrecy, Eisen encouraged the Trump White House to “embrace the Freedom of Information Act,” specifically with regards to publicly disclosing the names of the guests received by President Trump at the White House. Graham advised that the president live up to his campaign promises of being a man of the people by being open and honest with the American public, adding that “tweets are not transparency.”

After agreeing that the use of misinformation—a topic of concern in media and politics—is tantamount in harm to the use of secrecy, the panel’s guests ended the discussion by reminding the audience that America “would be better with a lot more openness and a lot less secrecy.” 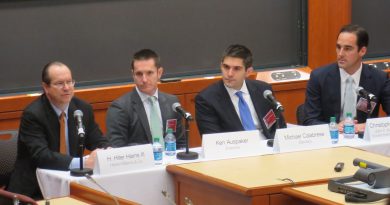 HBS Hosts Conference on Finance in the New Era of Growth 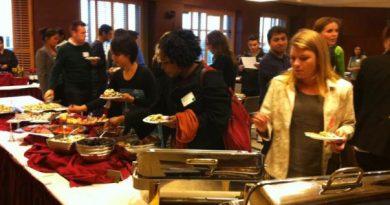